This is about 6 months old, but I don’t remember ever seeing it until recently. It’s a video clip advertisement that has song titles hidden in it. For example, it opens with “I Shot the Sheriff”. There are supposedly 45 songs incorporated in the video. Click on the yellow box on the right where it says, “Watch the Video.”

anybody looked at the band poster. there are a shit-load of band there but a couple we can’t find.

I’ve seen the answer key to the band poster.

where can i find it

Yeah I saw this awhile ago too. Where did you find the answers to the poster?

First, for anyone who is interested, here is the poster in question:

According to Virgin, there are 74 bands depicted in the picture. Of course some things can being interpreted differently. This was part of a contest, so Virgin has its own “official” list of the 74 bands.

As for the answers to the poster, the list that I have was verified by entries into the contest. The online contest would let you know if your selections were correct. Eventually it was narrowed down to the list of 74 correct answers found on this link (correct according to Virgin, like I said there are different interpretations). It has also been said that 311 and D12 are only visible from the original magazine ad. I don’t know if that is true or not. I have seen a couple loose theories that can explain where D12 and 311 are in the picture. 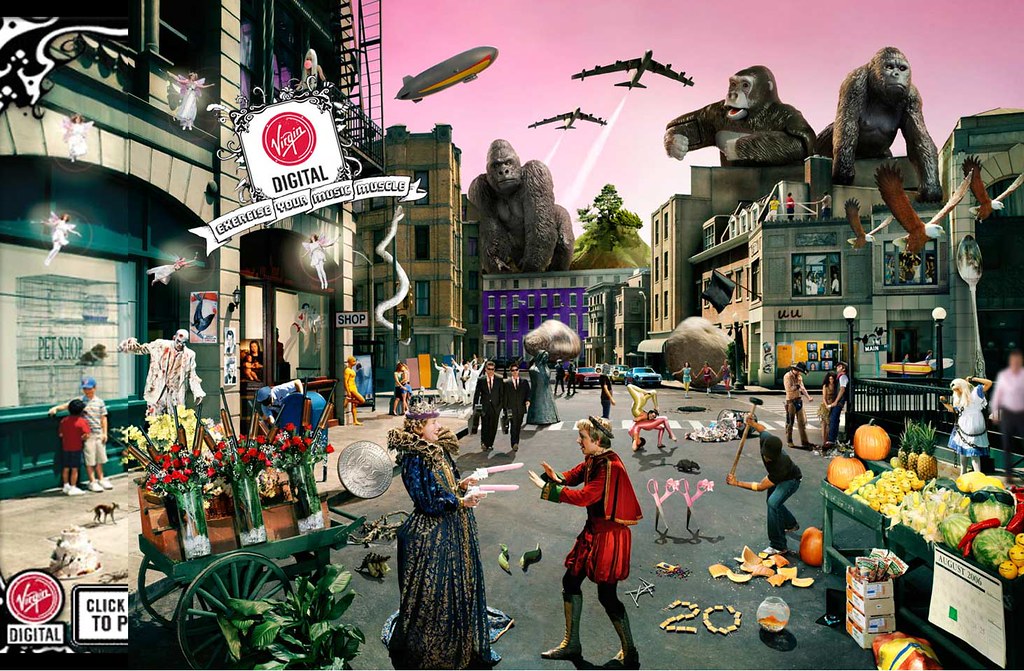