Am posting to have my imminent impulse purchase of a pair of figure of 8 lifting straps supported by the forum. Am looking for speed and ease of set up.

Have used the loop and tail straps thus far. Annoying to set up and I take longer than I have to trying to twist the wraps to max security.

Are figure 8 straps fast and easy to set up e.g. hand thru loop, under the bar, hand thru other loop & slide out to tension? 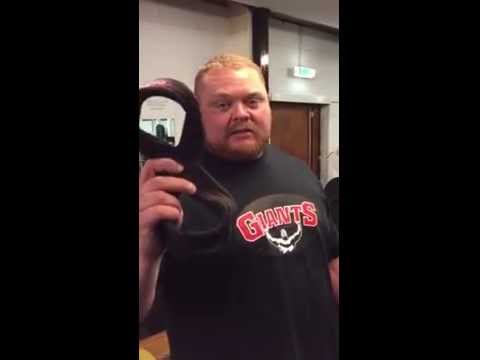 Eddie Hall pulled 500kg with figue 8 straps. Therefore I will pull 500 with them too.

Other pros/cons worth considering? Thoughts/Experiences? Is it consistent with the above?

I only use figure 8s. Much easier.

Are figure 8 straps fast and easy to set up e.g. hand thru loop, under the bar, hand thru other loop & slide out to tension?

Have used the loop and tail straps thus far. Annoying to set up and I take longer than I have to trying to twist the wraps to max security.

There is pretty much no twisting for figure 8 type straps.

Eddie Hall pulled 500kg with figue 8 straps. Therefore I will pull 500 with them too.

If you believe that hard enough, why not?

figure 8’s are the best for deadlifting, period. Anyone who is still using the wrap-around kind is crazy. Particularly for strongman purposes, axles, etc. For a deadlift medley, they are 10000x faster to strap on than the other kind. I’m using them in a show this weekend for a medley.

I need these. I like deadlifting with straps but the lengthy set-up throws me way off.

they are all the same for the most part. Like literally same stitching and everything. I’m fairly certain they’re all coming from the same factory and just being rebranded for all the companies selling them. I’d just go on Amazon or whatever and find a pair, should be around 20 bucks, that looks like the giants pro.

Anyone who is still using the wrap-around kind is crazy.

Olympic Weightlifters would never/can’t use figure 8 type straps for obvious reasons… It’ll kill them when they drop the weight haha. Other than that, it’s just personal preference.

I don’t see any comments prior to yours where anyone mentioned oly lifting. The conversation was about deadlifting, as far as I can tell. And I specifically said ‘for deadlifting’ in the sentences before and after the one you quoted. Yes, I know you can’t use them for oly lifting. I found that to be obvious enough that I didn’t see a reason to mention it in a powerlifting thread. But thanks for the input.

Thanks Ben , I am probably stupid enough to have tried it. I’ll grab a pair of figure 8s for deadlifting , the longer set up also throws me off.

Just picked these up on Amazon for $24. They look just like the Giants Pro.

I’m excited to try them out. I see no good reason for me to continue pulling mixed grip. 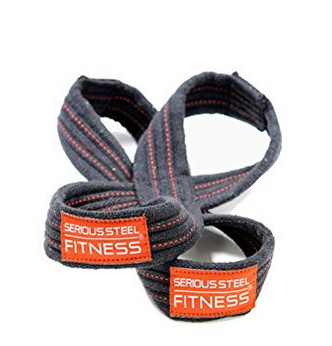 I bought some quite a while ago and never seemed to get them to work any better for me than regular straps which I don’t use much either. I never developed any proficiency with any of them and spend too much time down at the bar losing a lot of effectiveness.

I did end up tying them to ratchet straps for homemade trx bands. My bare feet fit in them quite nicely

When I use anything straplike, which is quite frequently, I use steel hooks that velcro around my wrists. I generally pull with a hook grip and like to not use my grip when I don’t have to. For most volume work, I use the steel hooks. They aren’t as great when the weight is heavier because I can feel the wrist fastener slide down my hands. It wouldn’t be bad if you have big hands but I don’t so it can be an issue.

I bought some quite a while ago and never seemed to get them to work any better for me than regular straps which I don’t use much either.

For what you do, that certainly makes a lot of sense. It’s a less consequential decision for the purpose of powerlifting training than it is for what I do, which is Strongman. Axle bars are 2" thick and often don’t have knurling, rendering ‘regular’ straps largely useless. the figure 8 straps are perfect for that implement. They are also much better when you’re under the clock, and have to strap in quickly for reps. My next show has 2 reps on a regular bar, 2 on a trap bar, and then max reps with a frame, all in one minute. I won’t be using the straps for the first 4 reps, but after than, repping a 500+ frame would be very difficult without straps, since the frame will likely not have knurling. I would be resetting my grip everytime if I didnt use straps at all, and the wrap-around straps take 3-4x as long to strap on as the figure 8’s . I can get the figure 8’s on in about 4 seconds.

That makes sense. If they were as necessary to me as they are to you in your sport, I’d probably spend a bit of time getting better with them. I’m always impressed with how fast some people are with straps.

I actually never even owned straps when I only trained for powerlifting, and overall, that benefited me a great deal in strongman. I think for the most part, training without straps for powerlifting is a great idea. I built tremendous grip strength through powerlifting, and anytime I compete in a show with a grip event, I’m a heavy favorite. I think if I had started in strongman instead, I wouldn’t have developed that strength and would have relied too much on straps, since they’re basically always allowed for deadlifting. We can never use them for carries, however. Or grip tests, obviously.

This is all a bit of a tangent for me to get to when I started using them. I was very bad at double-overhand, with straps. felt extremely unnatural. So I absolutely hear you when you say you’d need time to get better with them. you do. I could actually pull more over/under than with straps for a couple months until I really figured out positiioning and everything. Now I deadlift almost exclusively double over with straps.

Is anyone using the Cerberus strength ones? On what depends the sizing?

The only other thing of note is if you use straps for DB rowing, figure 8s can be difficult to get on a DB.

Bought a pair off Iron Tanks for $25AUD or about 20USD incl. express shipping

Any of you do the little wrist thing Benni does at 0:30 in the vid? It’d be great to be able to grab and squeeze the bar as hard as possible while using the straps.

Tried hook grip for the first time last night. Hurt like a mofo, but worked well.

I actually feel stronger on hook grip than with straps. Though, I only pull it with max attempts.There was a point where I pulled heavy sets of 3-5 with 585 using hook grip. I’m not sure what was possessing me to do that but that brings a tear to my eye thinking about it now…