Split the shoot to Monday 250 and Thursday 250. Around 4 to 6 hours after injection take “0.25” of arimidex you can take it before the bed it’s even better but only on injection days. Report back on Friday. That’s what I do. I’m not a doctor just a regular user.

@rogue713
You felt good for 4 weeks (28-ish days) and for the past day or two you’ve felt tired so you want to take an AI? If you feel like crap for weeks then maybe consider it otherwise you’re taking a risk that at this point doesn’t seem warranted. Feeling tired is usually associated with sleep quality, food intake, etc. Slight sore nipples for 10 mins doesn’t mean gyno (I’ve had gyno). You’re at the point where you are overanalyzing every little change. Sit back and relax, eat right, work out, keep stress to a minimum and get good sleep.

etiocholanolone (testosterone metabolite) induces immunostimuation, some are more sensitive than others… may leave you feeling run down/tired (is also typically what’s responsible for the “test flu”)

Nothing wrong with this dose. When I blast I do not take an AI. It is better for your joints.
Save your AI for when you quite your blast. Sore nipples are a normal think it is not gyno.
When you quit your T injections your E2 will go thru the roof and your T will crash since your balls have been turned off and they need to restart. Some guys have no issues with high E2 other will have all kinds of problems including anxiety and suicidal thoughts. You won’t know how you respond until it happens. If you find yourself extra weepy and anxious start your AI at 1mg/wk divide it into any sub amounts you want. It takes time AI are not instant like an asprin for a headache.

What? Why will E2 go through the roof when T levels are falling? Oestrogen will fall with declining T levels.

Furthermore, when E is coming down you’re prescribing 1mg/wk of Arimidex (an insanely high dose) in the presence of falling Testosterone levels?

Maybe ratio is what gets out of wack?

It doesn’t. E will fall as T falls, less T to aromatise… not as if the hormones have significantly differing half lives from one another

Unless you’ve built up a significant amount of visceral adipose tissue on cycle, there is no such thing as an estrogen rebound

Thanks for the replys guys! Feel reassured now that these things are normal.

I havnt been using ai

This. Before even reading the post this is what I thought it was. Your estrogen levels caught up to your Test levels.

Also I’ve experienced no sides at all ie no acne oily skin ect.

All sides are person dependent (even lethargy).

A general rule of thumb I think is about 0.5mg of Anastrozole every other or every 3rd day for every 500mg of test per week. This will also be person dependent. I have mine written down and I go with 0.5 EOD for every 400mg of Test and I aromatize at higher than normal rate (I think).

I go with 0.5 EOD for every 400mg of Test and I aromatize at higher than normal rate (I think).

What are your estrogen levels without the AI on 400mg and what are they after using 1.75mg of anastrozole?

Before you decide to take an AI read this and then decide. Regardless I don’t think your “issues” have been going on long enough to warrant it.

For All You AI Preachers Testosterone Replacement

Hey guys. Here’s a copy of my last e2 sensitive lab - on 600mg test and 300 mg deca a week both from the pharmacy- in week 9 Currently. My total t is over 6000. So anytime someone tells you “most guys” bullshit. Tell them to piss off. Go by how you feel and how your body responds. Focus on getting leaner and healthier. Your body will sort out the hormones. [image]

I had the same experience on my first cycle bro. I still felt good in the gym and wasnt getting sore nipples, so I avoided taking AI also. Towards the end I would take a quarter of a pill of my AI, which would make me feel less lethargic. I would only take again if it became unbearable again.

estrogen levels without the AI on 400mg

No idea what the levels are, I havent had them tested since I first started cycling but from what I am hearing now the tests arent that accurate anyways.

What I do know is that when I dont take an AI I get incredibly watery, lethargic, crave chocolate and bacne which all of that I can deal with. I also get insanely moody (read bitchy). I dont get Gyno though…unless I use a 19nor. Then Gyno is like overnight LOL.

I have tried a Test+Nolva stretch and loved it for a while and I dont remember why I stopped it but I know something went wrong.

EDIT: I just searched through my logs and google sheets and I finally found when I tried the Nolva test and I never stopped liking it. It seems I started a harsher cycle so added an AI. I am going to start the Tamox/Test only now and run it through my next cycle starting in January and see what happens.

Kind of crazy how this board has changed. When I told somebody they might not need an AI like 2 years ago I got sooooo much shit for it like I am not a doctor and just because you dont feel the negative effects from Estrogen doesnt mean there arent any etc etc.

To OP: there are pros and cons to both ways and all of the ways in between, you will have to find what works for you.

What? Why will E2 go through the roof when T levels are falling? Oestrogen will fall with declining T levels.

At least for me. I burn thru T fast and E2 seems to stick around for a bit longer. This has made me extra sensitive, weepy, increase in water weigh, ED, all the bad bullshit high E2 gives us. YMMV.

At least for me.

Understood but remember what works for you may not work for everyone. I would refrain from handing out advice just because it worked for me. Especially when its the opposite of what most people do.

Crashing E2 is not a good feeling, and having crashed E2 plus low levels of Testosterone will not make OP feel great.

I would refrain from handing out advice just because it worked for me.

Then who should one listen to before offering a comment. Offering advice based on what works for them makes the most sense to me. Anything else you are just parroting what someone else said. Who knows how accurate that info is. Either way I bet they based that advice on what worked for them.

Especially when its the opposite of what most people do.

It depends on liver function. If your liver is taking that long to process estrogen than it should be addressed. NAC, zinc, methylated b vitamins assist in liver clearance of estrogen metabolites. 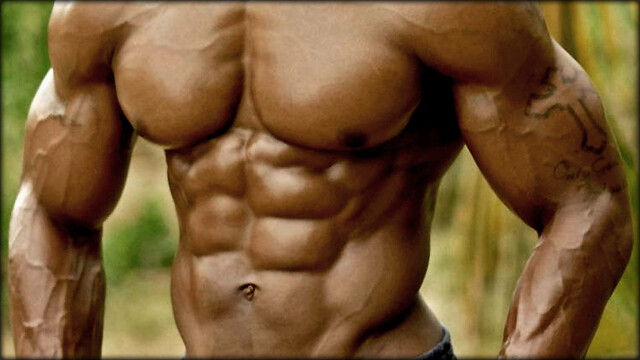 Taking care of your liver will keep you healthy AND burn fat. Here's how.

This typically doesn’t hold true. Testosterone is primarily metabolised hepatically via reduction and conjugation, estrogen is primarily metabolised via various cytochrome p450 enzymes and conjugation (one of which is an identical way to which test is metabolised). So unless you have significant hepatic dysfunction or an under active cyp1a1/cyp3a4 etc enzymes (of which would interfere with the clearance of estradiol metabolites) then E2 will increase/decrease proportionally to test. However this isn’t to say you don’t have this issue, I have a mutation in regard to one of my cytochrome p450 enzymes (cyp2d6, I contain multiple fully active copies of the gene), and thus I’m an ultra rapid metabolised of certain medications. Take codiene for instance, taking small amounts (say 10-20mg) dumps massive amounts of morphine into my system and is enough to make me totally out of it (so when it’s prescribed to me as cold medicine it’s a yeetfloopily time) whereas another would need 70-140 mg for the same effect. I’ve told this story before but when I broke my ankle, a family member gave me a hefty dose of codiene/acetaminophen… 2 pills of 30mg codiene/500mg acetomitophren… I was in the doctors office, doctor is telling me I need surgery and asap. I start not feeling so good (sphincter of oddi dysfunction), crushing pain in my ribs and I feel faint, as if I’m about to pass out.

Aunt tries to calm me down as I’m lying down, tries to tell me I’m just having a panic attack because of the relevation of surgery… no one listens to me

Father “he’s acting, look we will get him to sit down”

Father forces me into seat (he’s not a bad guy, just not always the most compassionate)

I lose consciousness for a few seconds, regain consciousness… throw up everywhere… get up and walk out of the doctors office

And regardless of the effect, using an ai to combat an estrogen dominance that lasts a couple days isn’t worth the potential risk (well unless it realllllly helps you)… and a suicidal AI would be far riskier to use for this purpose, as a mere 1-2 doses high enough could crash E for quite a while, so if it has to be done… stick to anastrazole/letrozole if possible

However these are very powerful meds not to be taken lightly, there’s a good reason as to why they’re primarily reserved for patients with breast cancer unresponsive to SERMS