Do you mean as in ab work or as in bench squat and deadlift?

I really like squatting, benching, deadlifting, and pressing to get stronger.

Rollouts, weighted planks, side planks, and pallof isometrics have really been helping me fix my back rounding issues. The function of the core seems to be to stabilize the spine (seemingly much moreso than spinal flexion), so it sort of makes intuitive sense that training the core with movements that are oriented around spinal stabilization will yield the best success.

I think most people are probably doing exercises such as sit-ups and hanging leg raises entirely incorrectly. I think doing these exercises without posterior tilt of the hips does little more than waste your time and strengthen your hip flexors…

Dead lift because I find it to be the easiest of those to really push myself beyond my mental limits.

Hopefully I will have my squat and bench there as well soon.

I currently like planks, but have had some success with the ab wheel/rolls outs as well.

To the post above about weighted planks- is this just having someone place a plate on your back, perhaps wearing a weighted vest if available, or am I missing it entirely?

My gym just got a core stick: 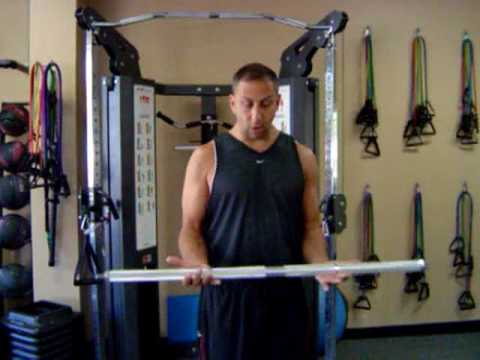 I’m liking it a bunch. That and the ab wheel.

The power wheel. 100 yard hand walks are killer. New product out Akrow wheel is a sweet new piece to

[quote]HitEmHard wrote:
Do you mean as in ab work or as in bench squat and deadlift?[/quote]

Just thought of a killer one I do from time to time when I’m feeling like getting sick. To simulate power wheel walking, I take a 45 lb plate to a field turf field, get in a push-up position with my feel in the plate. Then I walk with my hands while dragging the plate. Go for as long as you feel, you’ll hate life after 50 yards.

Also, I builded farmers walk units last summer and carried them once a week to get some gpp work. That really worked up my core.

[quote]pw34 wrote:
HitEmHard wrote:
Do you mean as in ab work or as in bench squat and deadlift?

If you read it again you will see I asked the OP weather core as in ab work or core lifts such as the big 3.

why post in the thread if your not going to contribute?