hey guys wanted to start a thread about fast food bulking. feel free to put in foods from ff places that are high in protein, etc.

Usually I try to stick to organic and as little processed as possible, health risks and disease in the long run ain’t worth it for me lol 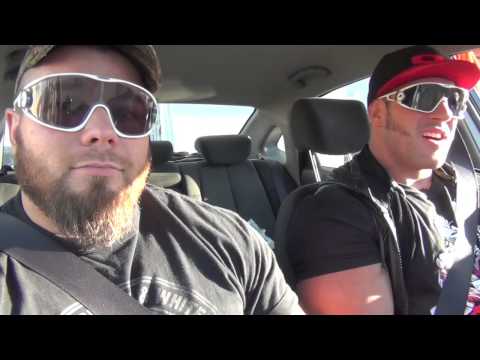 Liked the video? Subscribe to my channel! I got alot more videos coming your way! Nutrition, eating, training, bodybuilding, nonsense and awesomeness! Come ...

Haha, excellent. I think I see where I’ve been going wrong all this time.

I wouldn’t put sushi on the fast food category.

McRibs the are full of Unicorn meat very high in protien

Now why I X not all over this?

This is a Professor X thread.

Worked for me. 2 McDoubles, a medium fry, 2 apple pies, and a McChicken. 3 times a day.

[quote]orion wrote:
This is a Professor X thread.

Don’t do a fast food bulk.

location matters a lot though

I gained 30 pounds in about a year and a half eating 4 BK buck doubles add mayo every day for lunch. I also got hurt a lot and was a beginner at the time. But hey, 4 dollars for 2000+ calories with a bunch of protein isn’t too bad.

[quote]paulieserafini wrote:
lol don’t do it.

Don’t do a fast food bulk.

pls end thread.[/quote]
Did anybody ever tell you that you have sick delts?

A pure fast food bulk is dumb, cheat meals have their place though.
I’ll contribute because my hummingbird metabolism forces me maintain at a mere 3.500kcals with visible abs. try to stay there while doing keto for more than 2 days and watch yourself go nuts.(“nuts” hahaha get it?)

Favorite foods for a cheat window?

When I’m out of money:
1.
A pound of cake and a carton of raw eggs. Good healthy fats, a fucktown of protein and cholesterol.
Cholesterol = testosteron = Gainz
2. LeberkÃ?Â¤se. As this stuff is practically the cheapest protein rich “fast food” here and it contains almost zero carbs I have it all the time. Even outside my cheat window
Arround 30gramms of fat and 22gramms of protein /100g

When I have money but no time:
3.
Big King XXL. 53gramms of protein per serving. As I eat 2 of them at a time that makes 106gramms.
Fuck french fries, but I’ll down a diet coke on the way (don’t want to get too fat ya know)
4. Getting some instant brugers from a shop like 7/11. Drop a shitload of cheese on them and you are all set. They also have like 20gramms of protein without you adding anything so I’d say that’s solid.

best-case scenario (time + money available)
4. Going to a chinese buffet. The strategy is simple:
First try to get in as much duck, cangaroo and crocodile as your stomach can hold, then shove in crab sushi, baked bananas and honeydew. Superset plates of meat with plates of ice cream
I personally like to do this before drinking as it kills my hangovers.
Being the leanest guy while eating the most is awesome as well
5. getting a bulking pizza. Simple: Tell the guy to drop as much pepperoni, cheese, extra cheese and chili as possible then order the largest pizza. Get the Dave Tate Bulking bonus ready before you order
6. Teppanyaki. I go nuts at these places and kill food for up to 3 hours straight. The bill is worse than committing seppukku but damn worth it. Chewing down mango chicken while having conversations with the chef in broken japanese is never a bad idea either.

That’s it. I have no idea how much protein I take in when I’m at those asian places, but it’s somewhere in the 200g+ range. Fuck rice, noodles and any kind of vegan offer at those places. You don’t grow on this shit.
You need those animal broteinz for gains

u guys eat like crap… why not eat healthy all the time?

[quote]spk wrote:
u guys eat like crap… why not eat healthy all the time? [/quote]

Why ask a question when you already know the answer? How’s that high horse?