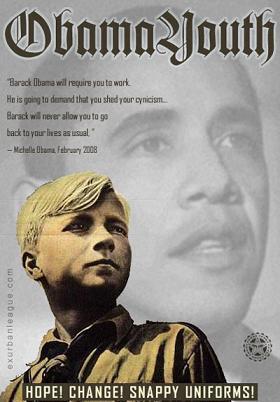 "The Fabian Society, top noted socialist organization, will celebrate the first-year of Obamaâ??s election as a blueprint to usher in socialist government worldwide on November 7.

From the Fabian Societyâ??s homepage: â??As we approach the one year anniversary of Obamaâ??s electoral victory, the Fabians plan to use this moment to hold a major half-day conference to discuss how we can create a progressive movement for change in Europe.â?? (See bottom of page.)

Obama the wolf in sheep’s clothing on Fabian Window Coat of Arms!

Obama the wolf in sheep’s clothing on Fabian Window Coat of Arms, blueprint to usher in socialist government worldwide, wolf in sheep's clothing

And then Obama announced the creation of his own Storm Troopers:

Barack Obama's recent words to promote his image as Community Organizer in Chief were not about forming a paramilitary force of volunteer brown shirts. They were about turning America into one, giant, community organizer's sandbox at enormous...