Is the “im not doing jack sh!t” template one that can be used succesfully for a long period of time? Ive just finished starting strength and I feel my squat is disproportionate to my other lifts so id like to spend more time on them while still making some squat progress. And to be honest this is partially for looks. My lower body makes my upper body look ridiculous. Current maxes (kg); Squat-165, Deadlift-180, Bench-95, Press-70.
The routine im considering starting-
Press (531)
Press (5Ã?10@50%)
Chin up (5Ã?10)
Lateral raise (3Ã?10-15)
Upright row (3Ã?10-15)

I may be wrong but the INDJS is where one does the main lift and then shags ass. Since you have accessory movements in each of your days, this isn’t INDJS IMHO. I stand to be corrected.

So your question is “If I do nothing, will that give me the results I want” I think you already know the answer man. BTW, your maxes are fairly low so I seriously doubt your lower body makes your upper look “ridiculous”. IDK, post a pic and lets see. Why do you think or even care for that matter, that your lifts are “disproportunate”?

EDIT = I missed the kilogram thing man. sorry dude. Still, I wouldn’t sweat any perceived imbalances. If anything use it to motivate yourself in getting better at that movement. Different people are better / worse at certain lifts than others. Like good benchers with short alligator arms may suck at deadlifts.

To toss out some basic bodyweight strength goals…

Personally, I don’t see an imbalance.

Correct, INDJS is just doing the main lift for the 531 reps and then heading home. The only reason I ever use that template is if I am beat to hell from rugby, sick, or have no time because of work. The template he attempted to describe looks more like a normal 531 template except some of the exercise selection is askew. For instance I haven’t yet seen a Wendler 531 template that includes lat work on Deadlift Day, save for some of the full body stuff or his in-season football plan in Letter to My Younger Self. The general template goes:

I may be having a memory-lapse moment from years of contact sports but I don’t recall him ever prescribing lateral raises, etc. Kroc rows however are a great “horizontal pull” on bench day, not a DL assistance exercise on DL day.

It doesn’t mean anything you’re saying is wrong – it’s just not really 531 anymore IMO. And 531 as written is about as good as it gets.

Matt kroc himself uses the kroc row as a deadlift accesory. And wendler has never said lateral raises cannot be used. Im not planning on using them as a main lift or anything, just as something at the end of the workout

I understand that Kroc uses Kroc rows to build grip and as a DL accessory. But in the 531 template you rarely see any kind of rowing on DL days. It happens on benching days, especially since you’re already doing lat work on 2 other days. Do pull-ups or chin-ups on press day and Kroc Rows on bench day in a template like the one you laid out. Do 5x10 DL after the 531 reps on DL day. Kroc rows are a great exercise, but I wouldn’t use them instead of the 5x10 sets on DL day.

Is your goal to get some more upper body hypertrophy?

Jack S— works very well for an extended period of time if you can deal mentally w/ doing only the main lifts. I have success using only Jack S—.

I couldn’t recover as well from all the added accessory work. I found if my training matched my diet and recovery ability, I made progress. Many over train and don’t realize how much stronger they could be if they took the time to measure their recovery.

[quote]some_dude wrote:
Is your goal to get some more upper body hypertrophy?[/quote]
Very much so. Thats what i planned for this routine to be based around while still being able to increase my squat and deadlift, even at a slow rate. But as im a novice and have only been training for 6 months (starting strength) i thought id see what people thought of this layout before starting it

If your goal is more hypertrophy than strength, I would try Wendler’s German Volume Training 531 template as written. I’ve never experienced anything better than 10x10 when mass gain is my main goal. But then I respond well to high volume.

[quote]some_dude wrote:
Is your goal to get some more upper body hypertrophy?[/quote]
Very much so. Thats what i planned for this routine to be based around while still being able to increase my squat and deadlift, even at a slow rate. But as im a novice and have only been training for 6 months (starting strength) i thought id see what people thought of this layout before starting it[/quote]

When I came off Starting Strength I did the Boring But Big 3 Month Challenge. I like it because it’s well rounded and everything is spelled out. Over that 3 months I learned a lot simply by doing.

I don’t do BBB stuff anymore, but I still use the balanced approach of the assistance template as a guideline for my own programming. 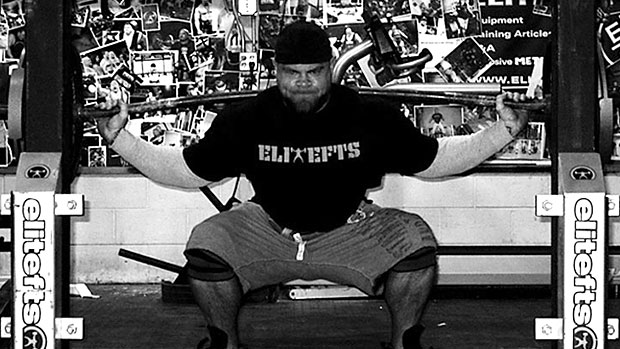 If you're not as strong as you look, you're a fake, a scam, a knuckle-dragging billboard for "all show and no go" syndrome. Here's your intervention.