I read that the Ed Coan program is good for adding 30lbs to your maxes in 3 months which is not bad at all. I want to get stronger for football and was wondering if that program would be good for me to get stronger with. The program i am on right now has more explosive exercises and heavy lifting, but i am diffinitely not getting 30lbs on my lifts in 3 months. Any input on this would be greatly appreciated.

If you’re lifting to get better at football, why would you care how much it adds to your total? Lifting is that a means to an end(getting better at football). I would say figure out your priorities first. As for what program you should use, why not just stick to something that has proven to be effective when it comes to football, I’m sure there are tons of them out there.

What are you even talking about. You can’t lift to get better at football, you have to play to get better. I want to get STRONGER FOR football. That’s why I asked if It was good for athletes. It pays to be stronger playing football. Thanks for the input?

I understand what benanything is saying here. I think he means that the actual number going up isn’t what you should be looking for because theres more to football than just lifting straight weight. Of course strength is immensely important, but grinding up 500lbs wouldnt be as useful to you as a football player as say being able to absolute smoke 475 explosively. Do you see what i am saying?

For example Louie Simmons says that Westside can be used by even raw lifting athletes cause its not about strength its about power. For a lineman or a linebacker explode out of a stance or make a read, or a receiver to explode off the line and shed a corner, thats explosive power, not necessarily raw strength.

I think your current program might be better for what you’re going for. But if you’re looking for something else I know they’re are several programs by top guys specifically catered for athletes to build strength AND explosive power. Jim Wendler has a 5/3/1 for athletes and Brandon Lily has cube for athletes as well. Good lukc next season!

Thank you for the explanation beast. The only thing different about my program right now is hang cleans/high pulls and push presses. I’d like to do westside type lifting but I don’t have chains, bands, or bench blocks available to me.

if you look them up, bands are pretty cheap, learning how to use them properly is a much different story how ever. I actually currently run a westside raw type hybrid program that i am seeing great success on. People are going to tell you different because of the “depth issue” but wide stance box squats done properly are better for your hams and glutes and lower back (posterior chain) than anything when done explosively. Another suggestion id have for you in to do pause squats with a submaximal weight (around 67-75%) just ABOVE parallel, and than explode up as fast as possible for sets of three. This is a similar action to exploding out of a linebacker, lineman, CB, WR etc stance. Power cleans are excellent for developing force to your movements are well. My advice is constantly remind your self that you are football player before a lifter, and speed fuking kills brother. Remember power above strength. I think youll do just fine!

Final template in this thread…

Solid template from The Mayor. Good for those whining about slow progression/light weight… http://www.elitefts.com/education/training/sports-performance/new-training-plan-rach-edit/ 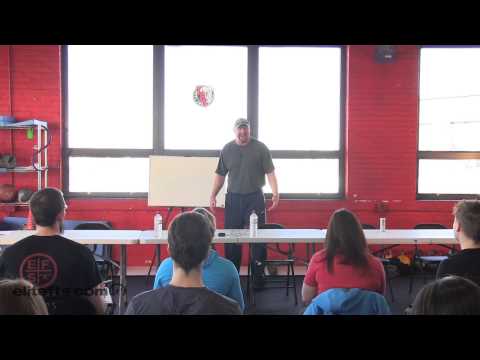