On days when you lift, do you still eat pre and post workout? I assume you are not fasting on workout days, is that right? I guess I could try it, but I don’t think working out on a completely empty stomach would be easy, maybe I’m wrong.

When fasting do you fast morning to morning? I’m trying to ensure that the last meal is after the workout, and then the 24 hour fast. But maybe that’s not necessary.

supposedly this diet increases GH during the fast, sounds interesting to me.

i’m not sure what Pilon recommends but i wouldn’t pick a training day to do a fast. I believe he recommends 24 hour fasts from your last meal, so… like dinner, stop, next day eat dinner. I think you could get the same effect by throwing in a couple fast days with pulses of bcaa or MAG-10. That way you could still train and keep protein synthesis up until you could get some solid food into your system.

Sounds non productive to me and would not be fun.

I would definitely eat pre and post workout otherwise you won’t have much energy to get through and could potentially put yourself at risk of an injury.

[quote]Fuzzyapple wrote:
Sounds non productive to me and would not be fun.[/quote]
no it dosn’t ,its very productive and fun if youre a prozac popping housewife looking to lose a few pounds without the hassle of having to go to aerobics or fitvibe .

Sounds stupid to me.
What are your goals OP? What do you hope to achieve from this?
We will need pics and current numbers.
tweet tweet

You guys are idiots. So, fasting daily for 16+ hours is fine, but fasting just 2 days a week is detrimental some how?

[quote]forbes wrote:
You guys are idiots. So, fasting daily for 16+ hours is fine, but fasting just 2 days a week is detrimental some how?[/quote]

b) I saw Martin Berkhan write that “bad stuff” starts to happen when fasting, somewhere in between the 16-24 hour mark. I don’t remember what it was, or how definitive the proof was.

My general recommendation would be “don’t fast for too long”. And 24 hours seems a bit too long if you’re training. 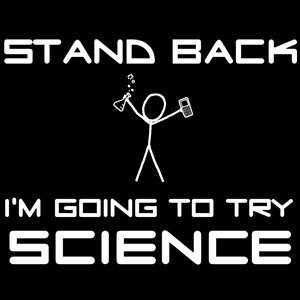 [quote]forbes wrote:
You guys are idiots. So, fasting daily for 16+ hours is fine, but fasting just 2 days a week is detrimental some how?[/quote]

Yes, there is a difference between short term and longer term fasting.

The 16 hours (which isn’t a full 16 hours because you’re still digesting food for at least part of it) is supposed to be a rough estimate of staying in the shorter term (read: where you can burn fat and not have your body try to desperately hold onto everything) fasting.

And for the record, the GH secreted during fasting is mostly as a protective mechanism so the body doesn’t break everything down and send you into hyperglycemia and subsequently hypoglycemia. It’s not terribly anabolic all on its own, it has an anti-catabolic purpose during fasting.

I use this form of intermittent fasting on a regular basis. I had a hard time getting consistant weight loss from more conventional methods, and this has saved me. In the space of 3 months I’ve lost 20 pounds, and have managed to even increase on my lifts, which I had a hard time doing with just regular calorie restrictions. I would highly suggest it to anyone. I do the fasts on non-lifting days, and typically do 2-3 a week. I also eat slightly above maintenance on the lifting days. I also drink BCAA’s during my fasts, which is probably a big help with preventing muscle loss from the fasts.

Umm, where is everybody getting the 14-16 hour marker and ‘magically using amino acids for energy’ at this point in time? Does some concentration gradient of catabolism suddenly spike at this point or are people just rehashing broscience up in this bitch?

Berkhan just wrote on his blog a few weeks ago about how intermittent fasting ‘preserved lean muscle mass during weight loss’. If you look at the studies he cited they were all done on ALTERNATE DAY fasting, ie. Eat Stop Eat.

He was taking 36 hour fasting and extrapolating it to leangains style fasting.

And @ D Public, you won’t be getting 100% glucose from amino acids. The glycerol backbone of triacylglycerides can easily contribute to gluconeogenesis and, if you ran out of hepatic glycogen stores, ketosis will occur and upregulate the production of glucose from glycerol backbones and simultaneously downregulating the bodily need for glucose.