Guys, I was on the 30mg daily protocol for 2 months and I wasn’t feeling great on it. Horrible ED and no gym motivation. irritable as well. I think my E2 was very elevated. For me, high E2 and low shbg= high FREE e2 floating around and I’m sensitive to it I believe. For some reason, when I increase frequency of shots, my E2 actually increases. You’d think the opposite would occur.

Anyway, I’m happy to report my move to 60mg E3D has been great so far. I started 3 weeks back.

So far, my gym motivation is SUPER. I actually WANT to go and feel great there too. Also, libido seems to be a tad up and pde5s seem to work a bit better. That “brain/boner” connection is a little stronger and I find myself MUCH more outspoken and overall positive.

I am also running 25mg preg (morning) and 25mg dhea (night) and 100mg wellbutrin SR. However, those I’ve been taking for awhile now.

Anyway, i’ll keep a give a little update here and there. Am I am also fully aware of my good ole friend homeostasis is probably just about ready to knock and say hello.

Basically my protocol and haven’t had any problems. Im on preg and dhea too but diff amounts and timing. Still tired though.

Glad you are feeling better. Go get it!

I always feel a better mental clarity and mood with preg. And with dhea, I always have a bit better sleep and always with dreams, which I never have without it.

Maybe. Sleep has never been a problem for me but I definitely dream more with it. I need to get my levels tested to see if I need to titrate either of them. I do 50mg DHEA and 100mg Preg but just take them with the rest of my vitamins or supplements.

Strange that you thought the E2 was an issue on an ED protocol. That is supposed to keep it at bay.

On my EOD 30mg protocol, E2 was 49 sensitive. I can only think it went up after switching to DAILY 30mg.

I didn’t get bloods as I didn’t want DR to see elevated levels and drop my prescribed dose.

A lot of the pro E2 guys are touting it, and not thinking about which amounts are actually in free from. Lower shbg guys may have just more unbound E2 floating around. It really should be looked at like TT and FT.

I don’t know. Just going by how I felt.

I see, so you substantially increased your dose as well. Then yes I would assume E2 went up as well.

If you dont want your doc to see it you can always order your own tests outside of their office. They dont need to know

I wish it were that easy.

I’ve been on the usual testing sites, but they don’t test without script if you’re from specific states, mine being one of them.

Oh right, I forgot it was a state by state thing. Imagine that, “no you cannot know your blood levels of x/y/z because your doctor hasn’t said you need to know.”

Yes, I wonder what the rationale is behind it?

Yeah, that’s insane. Completely insane actually. You can’t even pay to know your own levels of xyz in your own blood without a doc saying it’s ok. wtf.

Dexter says you can get around it, but each website specifically lists certain states they won’t test in .

I’ve heard of people just going to the next state over that doesn’t have that same law. Maybe an option?

Yep I did it and it worked. You can go to excelmale and talk to the guy that runs discountlabs have him tell you that if you buy it on discountedlabs in one of those states listed they just have a doc prescribe a blood panel to labcorp. So you actually can get labs done in those states just as easily as everyone else. But don’t take my word for it I’m just a fricken genius.

so they’ll still do it even if though it says this?

My understanding was there are really 3 ways lab testing is handled, depending on the laws of each particular state:

It sounds like the way around #3 is to put your address as another state or something, getting them and you out of the State’s rules about them prescribing tests to you but I’m not sure. It sounds like you’ve figured out how to do it, one way or another, so that’s good.

I could be totally wrong, but I read a lot about it one day and that’s what I basically found

I know it says that but I ordered it anyway, they sent me a requisition form to bring to labcorp and I got my results a few days later. I’m telling you it works. Worse case scenario you buy it and they refund you. Much better than not having labs. It’s not like they can steal your money. You either get it or you don’t. I did mine 5 months ago and that was on the website when I did it.

Sounds like a winner to me then… maybe they have to put that on the website but don’t actually enforce it, which would be awesome 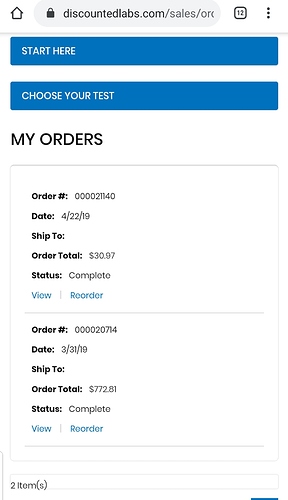 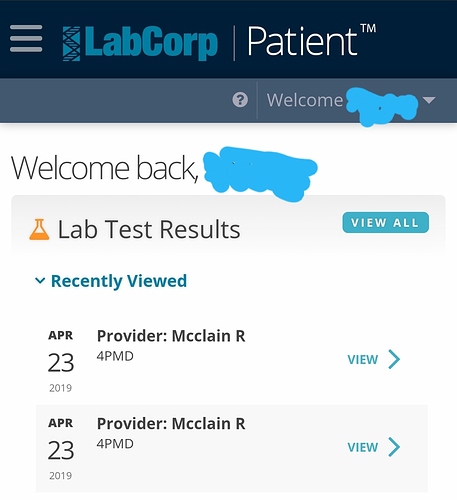 Did you put a different state in for your address or anything like that? 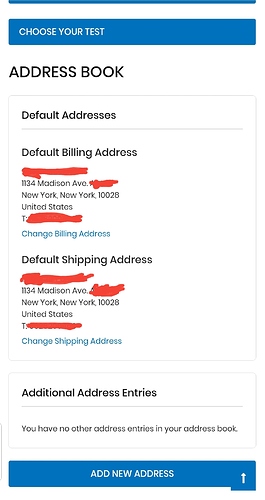 Not to be rude or anything, but aren’t you the guy that struggled with finding the proper TRT dosage, libido and erections for quite some time?

I’ve been through a shitload of threads for the past two weeks. And I remember you complaining about not finding the proper dose, frequency and complaint about low SHGB. Which you tought caused ED and miniscule libido.