This man is a badass (and completely stupid too) 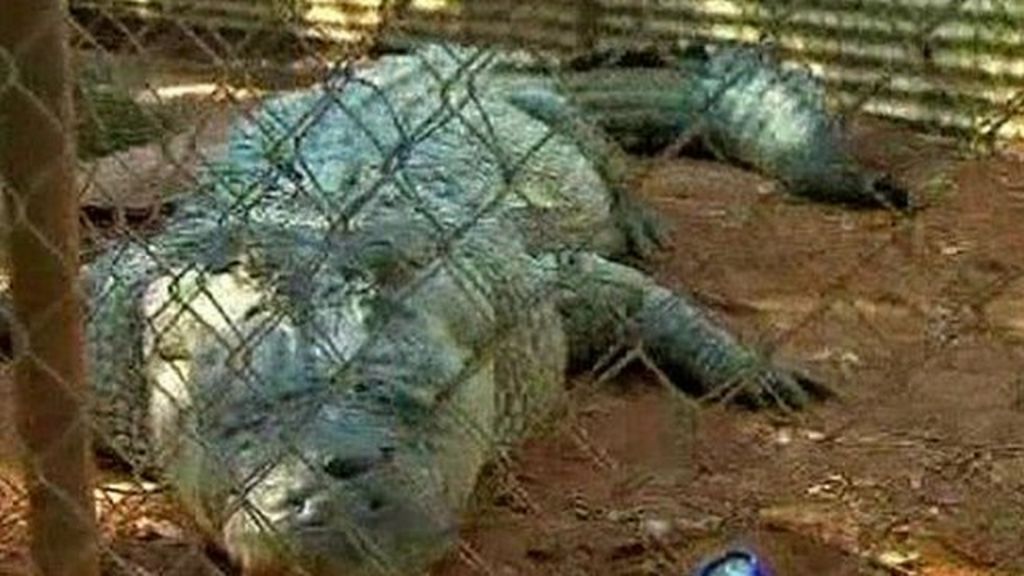 A drunk man in Australia survives being bitten by a huge salt water crocodile after he climbed into its enclosure and tried to ride it.

A drunk man who climbed into a crocodile enclosure in Australia and attempted to ride a 5m (16ft) long crocodile has survived his encounter.

The crocodile, called Fatso, bit the 36-year-old man’s leg, tearing chunks of flesh from him as he straddled the reptile.

He received surgery to serious wounds to his leg and is recovering in hospital, police say.

He had been chucked out of a pub in the town of Broome for being too drunk.

The man, who was not named by the police, climbed over a fence and tried to sit on the 800kg (1,800lb) saltwater crocodile.

“Fatso has taken offence to this and has spun around and bit this man on the right leg,” Sgt Roger Haynes of Broome police told journalists.

“The crocodile has let him go and he’s been able to scale the fence again and leave the wildlife park.”

Malcolm Douglas, the park’s owner, said that the crocodile was capable of crushing a man to death with a single bite.

“The man who climbed the fence was fortunate because Fatso was a bit more sluggish than normal, due to the cooler nights we have been experiencing in Broome,” said Mr Douglas.

“If it had been warmer and Fatso was more alert, we would have been dealing with a fatality.”

“No person in their right mind would try to sit on a 5m crocodile, Saltwater crocodiles, once they get hold of you, are not renowned for letting you go.”

The man staggered back to the pub bleeding heavily.

Pub manager Mark Phillips said staff told him that the man reappeared at about 11pm with bits of bark hanging off him and flesh gouged out of his limbs.

“They said he had chunks out of his legs and things like that,” Mr Phillips told The West Australian news website.

An average of two people are killed each year in Australia by aggressive saltwater crocodiles, which can grow up to 7m (23 ft) long and weigh more than a tonne.

Malcolm Douglas is still alive and running a wildlife park? That’s is so awesome!

[quote]stockzy wrote:
Malcolm Douglas is still alive and running a wildlife park? That’s is so awesome![/quote]

Australians are absolute nutters, man. 110% certified crazies! Very good at cricket though. I hope you watch it, now that Irwin’s gone to animal heaven.

I think this is the croc he tamed