Dose Hasn’t Changed but Levels are Through the Roof on Recent Labs?

I recently had my labs done and my initial labs were at 80mg 2x/ week and the doc increased me to 90mg 2x/ week after my labs a year ago. I’ve been that for about a year now and got my labs drawn and my levels were really high. I haven’t been working out as much due to being busy at work, my only thought is “my body isn’t using it” but that’s not really how this shit works.

I have a visit with the doc but was wondering if anyone had any insight as to why my levels would be so high? Bloodwork was drawn before injection on my trough day, I was even racking my brain to think was I dumb enough to get my blood drawn afterwards but I definitely didn’t do that lol.

You increased 20mg per week on dosage, but your TT doubled?

Something else is going on.

Are you injecting IM or SubQ? I’ve heard some people have issues with consistency when injecting SubQ

Any chance you have your SHBG results from before and after?

Are you on anything else?

Ya 1000mg of tren every day, lol no I’m not on anything else. No AI, no hcg, no sarms, no orals, just 90mg of test Sundays and Thursdays.
I got a new protein powder recently

Assuming no variation in medication, trough measurement then SHBG would provide some indication of why your TT increased. But then I see what appears to be Quest ED fT (ref range 35-155 pg/ml) values as well. The linearity between the TT and fT tells me SHBG is not the issue and there was either a significant shift in what you are injecting or your elimination rate of free T changed drastically. 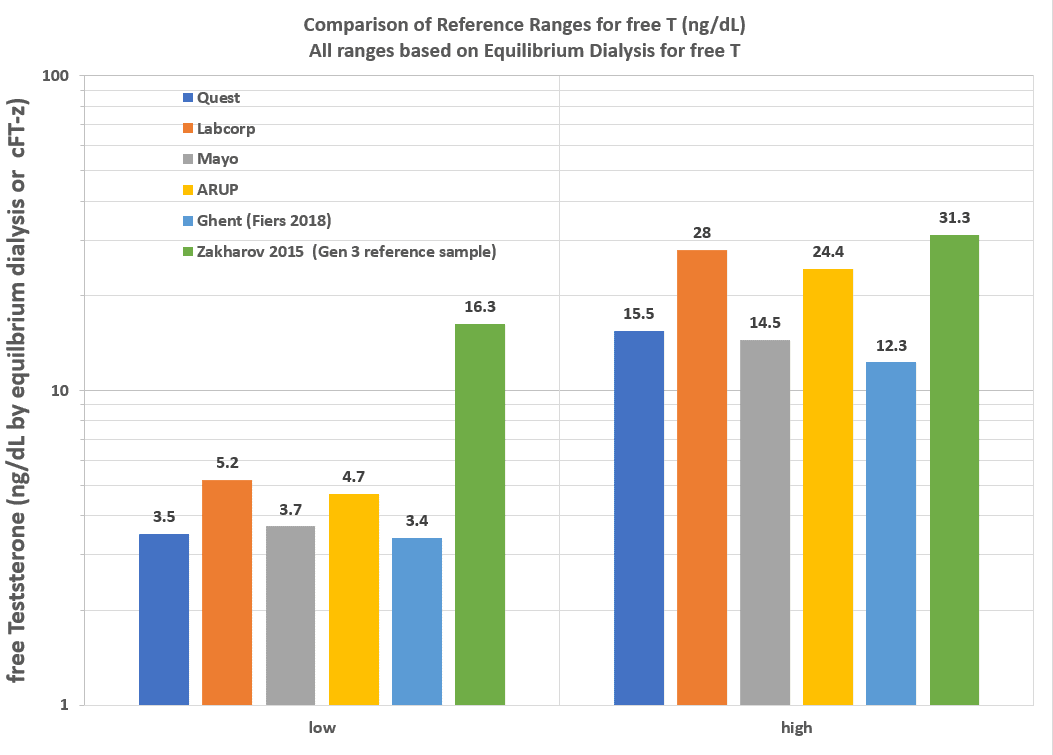 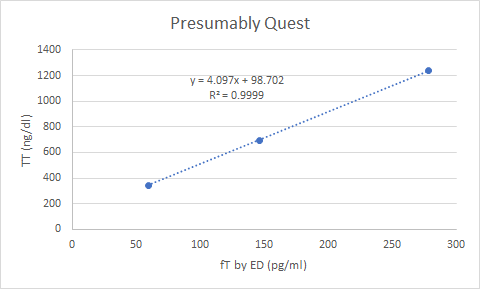 180mg/week labs were done on Thursday morning and last injection was Sunday night @ 90mg. Does a change in exercise have any relevance? Lol that’s legit the only thing I can think of or the test is misdosed

Your latest numbers fall within range of what one would expect when injecting 180 mg/week (2x per week injection frequency):

I see he is still consistent with starting dose of 150 mg/week equivalent of TC. I still think that’s unwise given the pharmacokinetic information we have available. That is going to put alot of guys above range. I reworked these graphs recently in case they are helpful. [image] [image] This thread reviews some of the uncertainty we have around long term supraphysiologic levels of testosterone: [image] 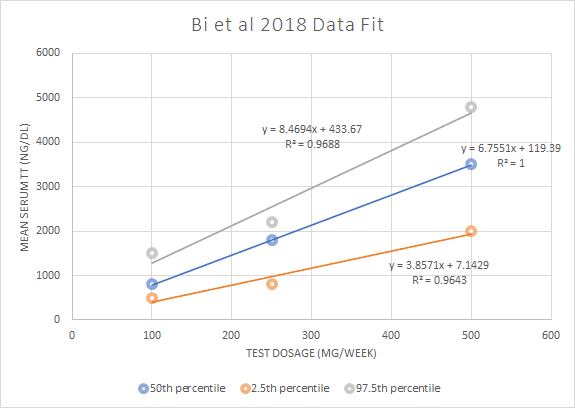 Very interesting your serum fT and TT increased ~80% for a 12.5% increase in weekly dose with no change in dosing frequency.

I’ve been that for about a year now and got my labs drawn and my levels were really high.

Taken at same time relative to your injections?