So the Hsu scandal is besmirching Hillary, and is leading to more scrutiny on the whole “bundling” concept – donors getting around individual contribution limits by getting other folks to make donations and then reimbursing those donors. I’m fairly certain this violates campaign finance laws.

To me, there shouldn’t be any limits on individual donations, as this violates the core political speech protections of the 1st Amendment, but the USSC has ruled otherwise. 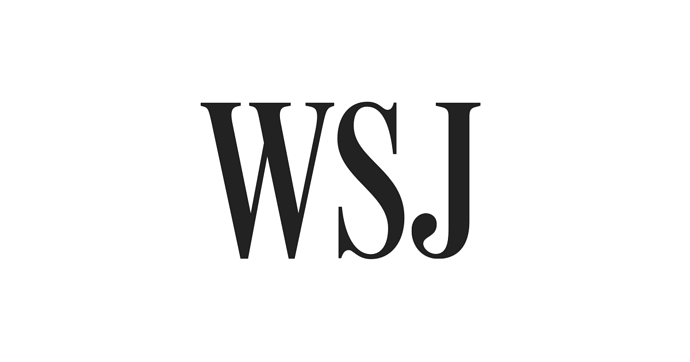 The Clinton campaign is looking into a donor's contributions that add to growing questions about the practice of bundling donations.

But the 37-year-old Ms. Layton says she and her husband were reimbursed by her husband’s boss for the donations. “It wasn’t personal money. It was all corporate money,” Mrs. Layton said outside her home here. “I don’t even like Hillary. I’m a Republican.”

The boss is William Danielczyk, founder of a Washington-area private-equity firm and a major fund-raising “bundler” for Mrs. Clinton. Mrs. Layton’s gift was one of more than a dozen donations that night from people with Republican ties or no history of political giving. Mr. Danielczyk and his family, employees and friends donated a total of $120,000 to Mrs. Clinton in the days around the fund-raiser.

The episode adds to growing questions about the practice of “bundling” donations, in which ambitious fund-raisers collect money from friends, colleagues and sometimes employees to send to a campaign. Every major presidential campaign now relies on the practice to raise large sums. It is an especially important strategy for Mrs. Clinton. She has formed a group of “HillRaisers” who get special recognition for sweeping in more than $100,000 for her campaign.

Mrs. Clinton’s campaign isn’t the only one to be touched by suspicions about bundlers. The U.S. District Court for the Eastern District of Michigan last month indicted Geoffrey Fieger, a politically active attorney. Mr. Fieger is accused of laundering $127,000 in illegal campaign contributions through dozens of employees to the 2004 presidential campaign of Democrat John Edwards, the former senator from North Carolina, who is running again for president. Mr. Fieger denies wrongdoing and says he was set up by the Bush administration.

Asked about the donations bundled by Mr. Danielczyk, Mrs. Clinton’s campaign said yesterday it would return the $9,200 donated by Mr. and Mrs. Layton.

Howard Wolfson, a spokesman for Mrs. Clinton, said: “These allegations are troubling and we will again ask each of the individuals solicited by Mr. Danielczyk to affirm that their contributions were given with their own funds.” Mr. Wolfson said the campaign will return any contributions that didn’t come from the donor’s own money.

Mr. Wolfson also said the campaign provides information to its donors that “clearly spell out that donations must be from personal funds.”

The Justice Department says it has seen an increase in the number of prosecutions against individuals who seek to reimburse employees and others for political donations. The increase began after Congress approved changes to campaign-finance laws in 2002. The new laws barred individuals from donating six-figure amounts to political parties.

Individuals can give a maximum of $4,600 per election cycle. The laws make it harder for donors who wish to influence elections or become close to a candidate to make their impact felt.

Last month, The Wall Street Journal reported that donations raised by businessman Norman Hsu tracked contributions from a family in Daly City, Calif. The Justice Department later announced that it was investigating the matter. Mrs. Clinton and more than a dozen other Democrats who received money from Mr. Hsu and his fund-raising network have said they will return the money to donors or give it to charity.

The company went out of business last year after the Federal Aviation Administration asked FractionAir to voluntarily turn over its license. An FAA spokeswoman said the agency became concerned when the company wasn’t able to produce documents to verify that pilots had completed their training.

“You have to have setbacks and failures in life,” Mr. Danielczyk said in an interview. “You learn from that and move on.”

Election records show that Mr. Danielczyk made his first political donation in June 2004 to former Sen. Bill Frist, a Tennessee Republican. Mr. Danielczyk donated $2,100 to Mrs. Clinton in July 2006 and the same amount that September. He also gave $15,000 to the Clinton Global Initiative, a charitable organization run by her husband, according to public records.

This year, Mr. Danielczyk says he wanted to do a fund-raiser in April, but was “encouraged” by the Clinton campaign to do it before March 31, the close of the first important fund-raising period.

“I’ve never done this before. I’m new to political fund raising,” Mr. Danielczyk said. “It’s hard to believe in this day and age, I’m not looking for any favors.”

About 100 people attended, though it’s not clear how many of those were invited by Mr. Danielczyk, according to people there. Donors mingled in Mrs. Clinton’s kitchen and outdoor patio and munched on simple appetizers. Mrs. Clinton made brief remarks, took pictures with donors and chatted for more than an hour, according to attendees. At a table, campaign aides collected donations.

One person at the event was a Washington-area investor who was considering putting some money in one of Mr. Danielczyk’s ventures. The investor, a registered Republican, said he was invited by Mr. Danielczyk and a colleague who were wooing him to invest at least $125,000 in one of their companies.

The investor, who spoke on condition of anonymity, says he didn’t donate any money to Mrs. Clinton. Campaign-finance records show that the investor contributed $4,600 on March 30 to Mrs. Clinton. The reason for the discrepancy isn’t clear.

Mrs. Layton, who lists her occupation as dental instructor at a wellness center, is a Republican, and her husband, Philip, has supported Democrats in the past. Mr. Layton is the information technology director at Galen Capital, according to the company’s Web site.

“I was invited but I didn’t want to go,” Mrs. Layton said.

Other Republican voters who contributed the maximum amount to Mrs. Clinton at this event included Mr. Danielczyk’s mother, sister, personal assistant and a half-dozen employees or their spouses. Most of the donors had never made a political donation before contributing $4,600 to Mrs. Clinton, according to fund-raising records.

Mr. Danielczyk said some of the attendees were Republicans, but “they may vote for her [Mrs. Clinton] now.” He added, “It’s odd … You try to get involved in the political process and you come under scrutiny.”

–T.W. Farnam contributed to this article.

Yeah but, um… at least he’s not Abramoff…?