Does My Body Look Feminine?

My femur bones are kinda wide like females instead of a narrow like men. Making my hips and ass look wide ? Just to make sure it’s not all in my head. Do you guys also see anything off ? I have arrows pointing at the area

I’m guessing it’s a combination of child bearing hips. Small ribcage and narrow shoulders. I’ve had bdd about this for years 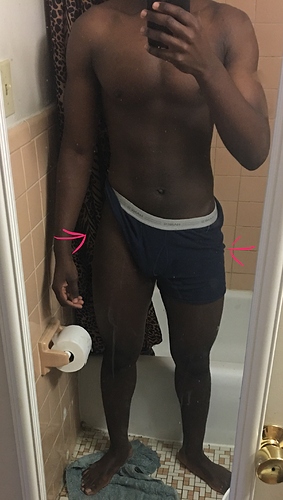 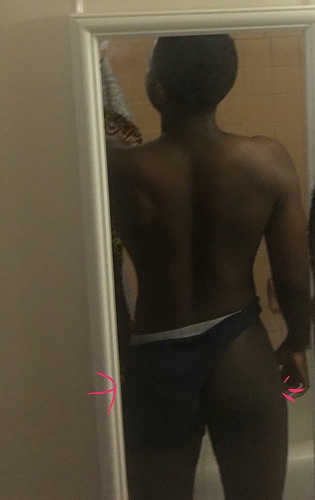 Well. I’m not an expert, but I’ll chime in. Considering I actually am a female.

No. No and no. You do not have wide anything. Especially hips. Your feet are also slightly apart more so than usual giving the illusion of your hips being wider.

I have a 44-46 inch hip circumference. You’re fine dude. I’d say start worrying when your hips line up with the width of your shoulders from tip to tip, and seeing as you have wider shoulders than hips, there’s nothing to worry about.

You’re not sporting boobs or a vagina either so assuming you look feminine is mainly out of the question.

Can I ask why one of your booty cheeks is out?

I just wanted to show how wide femur bones flares out my lower body, especially my cheeks. It’s just when I put a shirt on I can’t stand the fact that it gives me an hourglass shape. Idk if its in my head or not but I can clearly see it so I’m assuming people can as well. The area I’m talking about is highlighted in the Imgur pics

Also correct me if I’m wrong. Hips are the circumference around the widest part of your butt. So by that definition, I do have massive hips I think.

The post you made back in May shows that you have a warped view of yourself and see issues that are not there. You said back in May you have narrow hips, now you have wide hips?

You look normal, you lack the muscle mass to have the proportions you seem to want. That is your only issue.

Put your arse away and get in the gym

It is a slow process, made slower when you get side tracked every few months worrying about an issue that is not there. It’s spinning your wheels, try and add mass, worry about fat, try and cut, realise you need to build some muscle so bulk again then worry and cut again. It leads no where.

I think your time on this site would be better, asking for advice on your training routine, progression and your nutrition rather than seeking validation on an issue that is all in your head.

Sure dude, what ever. Now put some kool-aide powder on your cheeks and I’ll show you this trick I learned in jail.

What the hell bro. Relax

Hips are the circumference around the widest part of your butt.

Correct-ish. They’re where the hip bone would be. I can see on your picture where yours are (inch or two going down from your belly button), and unless your butt kind of does that jump off of your back, and you’re sporting a serious shelf back there you’re in the clear. Hips compared to the width of your shoulders they aren’t even remotely even, let alone wider than your shoulders. Once again You’re fine.

Take the same picture but with your feet close together. That highlighted/arrowed part will immediately be smaller.

Can’t really tell … can you hold up a shoe for comparison?

My ass does does jump ass my back. I do have a big man butt haha

Ehhh not so much. Most guys your build/size/age have Proportionate behinds such as yourself.

Really with this again.

Do I Have Potential? If So, What am I Doing Wrong?

Do I Have Potential? If So, What am I Doing Wrong?

Look at how much disproportionately bigger my legs are compared to my tiny upper body. It’s hard to tell I’m fat because I carry it all in my lower body like a female. Tbh, idek anymore. Maybe I just have bdd and are delusional

You look normal to me. 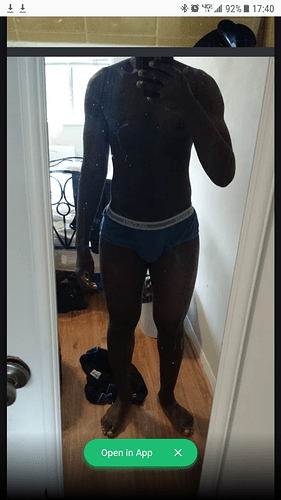 If it helps here’s some football players for comparison. I mainly watch football for the guy butts. 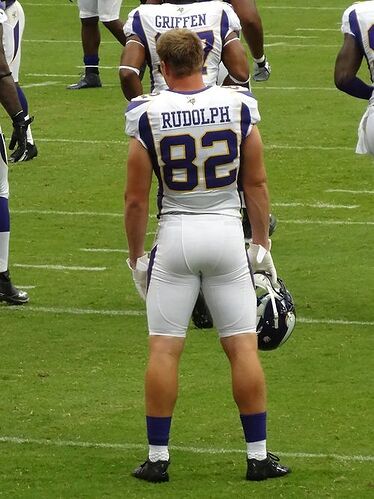 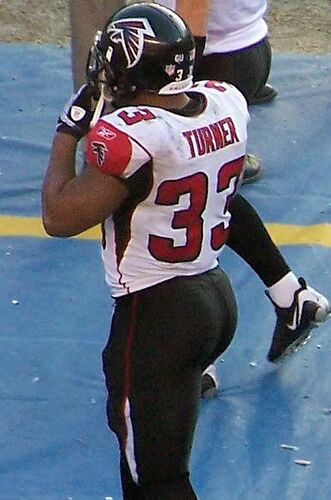 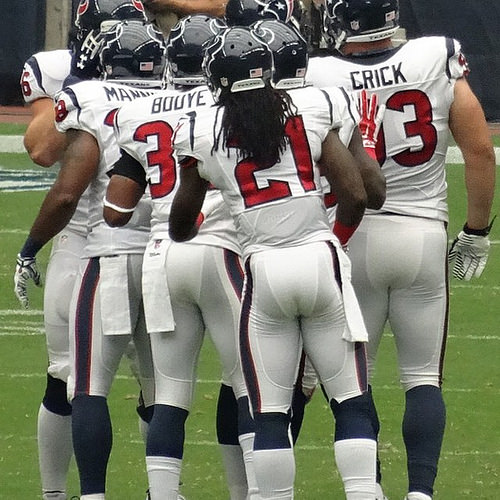 Their butts are muscular and seemingly strong. Most are bigger than yours, and there’s nothing that suggests they are feminine.

Quit tearing yourself down like that. Love yourself, whoop your own butt in the gym, eat accordingly and be patient.

There’s nothing wrong with a strong butt.

This might have more potential than the narrow clavicle thread. Why in this world would you start a T-Nation thread that way? Be glad the old timers aren’t here to flame the hell out of you. Are you trolling?

You don’t look feminine, you act feminine by worrying about minutia instead of focusing on working toward your goals.

You know how to make your waist appear smaller? Build shoulders, chest and back.

I think in a dimly lit room, with enough make up, the right clothes and just a measure of “sass” you could entice a man enough to confuse you for female…

I’d recommend some hip thrusters and kick backs, 2 sets of 25. Don’t go heavy and keep up the good work.

Be glad the old timers aren’t here to flame the hell out of you.

I know, geez! I feel like a relic making a joke about some good ole jail house sodomy.

Can’t really tell … can you hold up a shoe for comparison?

Also, drink a gallon of whole milk a day and dead lift and squat more.

Am real tempted to get some custom GIF action up in this thread but can’t be bothered.