So I’m about as mechanically inclined as an art student, but my friend decided to help me with changing my brakes today. We replaced the front pads, however, on the drivers side, the pistons on the caliper, we thought we saw some leakage. Decided it was minute and went on with it. The whole thing was a pain in the ass on that side so I wasn’t surprised. Went to drive it around the neighborhood, the brakes were super airy, and when we parked it turns out it just sprayed all over the place, leaking like hell from the caliper.

It’s a 2004 dodge Dakota if that’s any consolation.

Thanks for any advice!

Was it leaking around the caliper piston or one of the hoses?

Did the pedal go to the floor?

Have you tried bleeding the brakes?

Did the piston inside the caliper have a square shaped hole in it? Some brakes have to be rotated/screwed back in because the calipers are threaded. You can’t just use a “c” clamp on those kinds. That was a $200 lesson for me when I stripped the threads out of the wife’s rear calipers.

From what I could tell it leaked from outside the piston, around the… “O” and it did it when we were clamping them down.

The pedal did go to the floor.

I have not, and don’t know the first thing about it honestly.

I don’t believe there were threaded. I don’t recall seeing a hole in the piston, and while the drivers side took a couple of calluses with it to get the C Clamp down, the passenger side went down like butter, so I think it was just the caliper being old.

For future reference if you have a break caliper sticking and refusing to go back in, spray Kroil or PB Blaster around the edges of the cylinder wall and leave it soak for a few hours. That usually frees it up.

Call autozone/advance/nappa and see what a caliper rebuild kit costs for your car. Because you need one. You’ve likely destroyed the seal. Kit shouldn’t cost too much.

Other alternative is to get a used caliper out of a junk yard and rebuild that one to install on yours.

Spray all the bolts and fasteners you need to remove to change the caliper with penetrating oil right now. Then when you go to do it once you’ve got the parts it will come apart easier.

Also YouTube the correct way to bleed brakes. Make sure it’s an ASE certified mechanic teaching you and not a shade tree idiot.

This is very important to do after you change your caliper.

At this point it may be best to seek professional help. Buy the time he buys the parts and possibly a vacuum pump/ tools he might save money if it’s just one?

Thanks for the input guys, my boss is pretty mechanically inclined, and we have a certified mechanic behind our shop, which, as luck would have it, is about a 1/4 mile from my house. So I think I’m going to at least let them give me input before I go and spend any more money. I just wanted to ask on here instead of wasting time ignoring it. Hive mind and all that. And like CL said, I night just bite the bullet and let the mechanic handle it, for me, it could very well be cheaper based on my history of working on cars.

Spray all the bolts and fasteners you need to remove to change the caliper with penetrating oil right now. Then when you go to do it once you’ve got the parts it will come apart easier.

You have to check this guy out. He definitely gets down to the nitty gritty wit the angry pixies and the dooblee-doo. 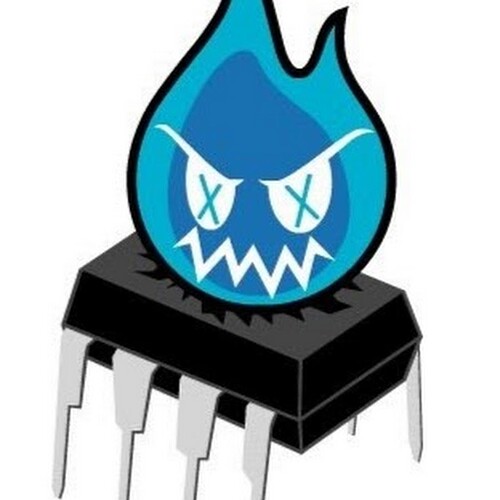 Err and err and err again but less and less and less. -Piet Hein This channel has awesome Patrons. We have no need, nor any inclination to do corpo shill vids. If you are thinking you'd like me to review your fantastic new banana peeler, I invite...

He does a whole series on penetrating oils and how much they aid in break away torque. Its awesome!

If the caliper is leaking, it’s bad. Replace it. You used to be able to “rebuild” them with new seals but not really anymore. It’s easier to just buy a new caliper. Not a tough job, just get a buddy to help you bleed the lines after.

This reminds of the time used an impact gun instead of a wrench to compress the caliper cause I was being an impatient idiot and blew the seal on a F 250.

2 week old thread so you probably already got it fixed but like everyone said to hell with rebuilding a caliper. Everything is so cheap now. Just buy a caliper from advanced auto. Back in the day you used to be able to buy kits to rebuild axles, rack and pinions and a bunch other things that you can buy brand new at such a cost its not even worth effort to rebuild them.

Another funny story. I one time went to bring an old beat up pick up truck into a garage to have breaks looked at. Being impatient I gunned it up the hill with the intention of stopping abruptly before the door and then hopping out to open the bay door. It was a massive 15 foot maybe 18 foot motorized bay door. Well the brake lines were rusted out and the increase in pressure from my forcefull breaking burst the line and instead of stopping I drove right through the bay door. Its lessons like that that teach you the most in life. Fortunately no one was standing in front of the bay door.

Fun update, my boss hooked me up and helped me change the calipers.

Warning to all 2004 Dakota owners, the pistons are ceramic, they shattered when I was beating the caliper back on.

That’s for the input guys!

Warning to all 2004 Dakota owners, the pistons are ceramic, they shattered when I was beating the caliper back on.

Maybe it can be a “next time” pointer, but typically I’ll push that ram back with a 6 in. C clamp. It gives a nice smooth push instead of a beating. Makes putting it back over the disk a lot easier too.

Gf had a Mitsubishi in high school. I pushed that sucker back in with a C clamp. Man was it a tough job. It would barely turn! Took me an hour!

Come to find out that model has a threaded screw in caliper with a square whole in the face of the piston (need a special tool)… I completely stripped those threads… whoops.