Do We get S'mores at these Camps? 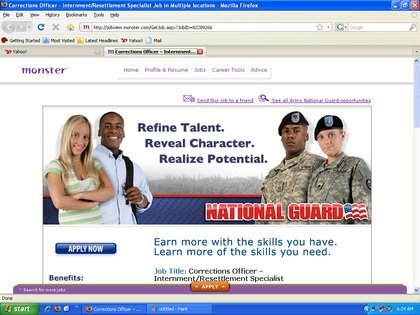 Looks like the camps that don’t exist are hiring! What is it an internment/resettlement specialist does?

The military/government doesn’t have correctional facilities? When was this ever claimed?

Whats so hard to understand. Corrections Officers work in a… Corrections facility! Internment = Confinement = what happens when you are placed in a jail/prison. Resettlement happens when one person moves from one location to another with the intent of staying for a period of time, aka: going from living in house, to commiting a crime, then living in a prison.