Do Christians Condone Israeli Ethnic Cleansing of Muslims and Christians?

Israel was founded by terrorism and ethnic cleansing

They openly evict Muslims and Christians from their homes in front of Cameras they talk about stealing their homes:

In Israel a Jew can not marry a non Jew, there are land restrictions for Arab Muslim and Christian people, different roads, an apartheid state:

Jewish Civilians talk openly about wiping the civilian population out:

They abuse Christians in Israel:

Not to mention Israel literally stole Nuclear secret from the US, they are given welfare in the form of billions every year despite plenty of Americans living in abject poverty.

How can Christian Americans justify support for Israel?

The Apollo Affair was a 1965 incident in which a US company, Nuclear Materials and Equipment Corporation (NUMEC), in the Pittsburgh suburbs of Apollo and Parks Township, Pennsylvania was investigated for losing 200–600 pounds (91–272 kg) of highly enriched uranium, with suspicions that it had gone to Israel's nuclear weapons program. From 1965 to 1980, the Federal Bureau of Investigation (FBI) investigated Zalman Shapiro, the company's president, over the loss of 206 pounds (93 kg) of highly enr... 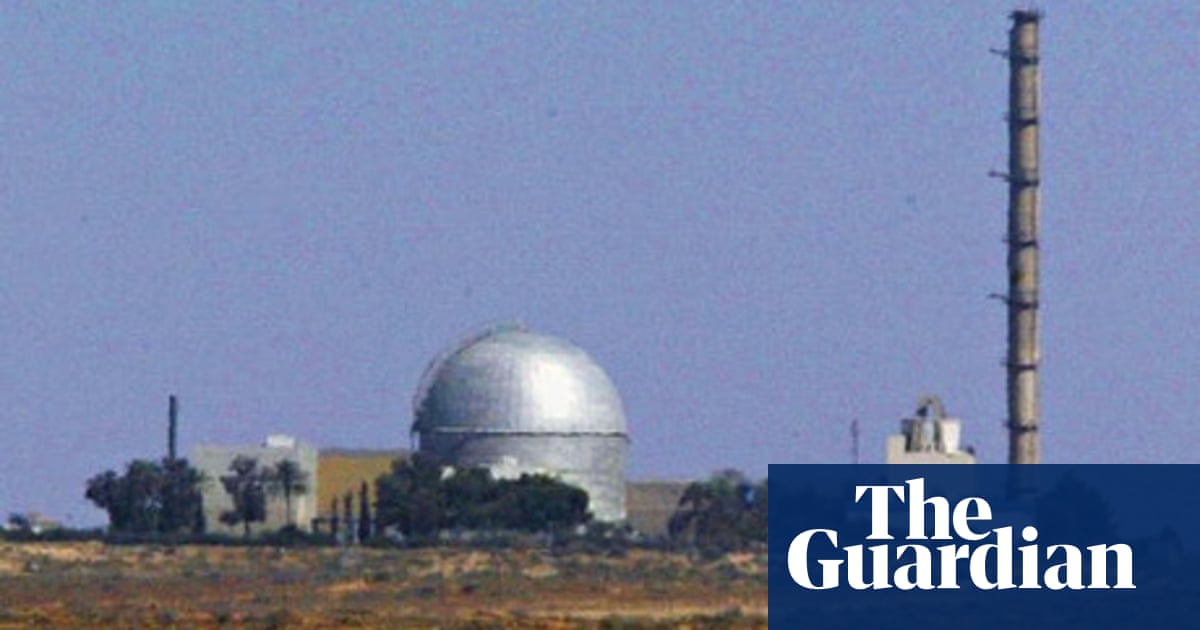 Israel has been stealing nuclear secrets and covertly making bombs since the 1950s. And western governments, including Britain and the US, turn a blind eye. But how can we expect Iran to curb its nuclear ambitions if the Israelis won't come clean?

How are they not an enemy of Jesus Christ and America. Are Palestinian Christians not equal in Christ to American ones?

@unreal24278 So we can discuss this without derailing the other thread.

No, it’s one of the few sticky topics that makes me angry. I have nothing against you as a person, so I don’t want to become uncivil against someone who by all means probably has a good heart.

Maybe later on when I’m more calm/composed we can discuss this. But right now with all that’s going on in Australia I’m high strung and more prone to resorting to an emotion based response as opposed to a logical one.

I’ll also see if I can get my twin brother in on this as he is very interested in talking to people about this.

Dogpiling 20 people v one is pointless its impossible to respond. But ok if you don’t want to defend your support of terrorism I won’t keep asking. May God ease your suffering and stress. Why do you have such allegiance to a Jewish ethnostate is you don’t believe in religion and see it as just a means to control people though? Out of a form of racialism?

It’s not dogpiling as not all of the individuals I’ve tagged are for or against Isreal.

Has nothing to do with racialism.

If shit hits the fan and I have nowhere to go, Isreal will always take me in. If antisemitism becomes rifle again (and it’s on the uptick) Isreal will take me in.

May God ease your suffering and stress

Jews lived in Palestine, Syria, Iraq for centuries. We saved jews from the pogroms and the inquisition. And this is word for word National Socialists use National Action had this exact line on their propaganda leaflets. Immigrants can go back to India, to Poland, we have only England.

Also you can’t bomb and terrorise another people, steal their land, then complain that it is anti-Semitic for the local population to want to remove you. You stole the land and ethnically cleansed the people. You don’t have a right to Israel. Also even Hamas literally say the Jewish people will have autonomy in a free Palestine under the Millet system. Only deranged NeoCons think Jews will be exterminated I know you probably won’t ever accept otherwise but see what they actually say, takes less than a minute:

You stole the land and ethnically cleansed the peopl

I didn’t steal shit! I didn’t kill anyone either, I don’t even live in Isreal

Even if what you said was true, what are you blaming ME for?

So many threads. Really confusing.

Lots of guys in that thread seriously need to learn to read between the lines.

The threads were split up because some people can’t take criticism of Israel.

Why lie though. I literally wrote an entire response condemning the Taliban as a deviant organisation. Literally why lie? Also reminder your own Government has killed more civilians that the Taliban as part of the war coalition. And even your masters the US don’t label the Taliban as terrorists.

I didn’t steal shit! I didn’t kill anyone either, I don’t even live in Isreal

Even if what you said was true, what are you blaming ME for?

I called the Jemaah Islamiyah fucks “dogs”. He tells me I’m a US citizen who apparently killed lots of people or something.

Yes, I saw that, wonderful example.

Wow such good faith from a Brit whose nation literally colonised half the globe. If you support wars you are morally responsible for their crimes. If I supported Al Qaeda would I be morally culpable?

Why lie though. I literally wrote an entire response condemning the Taliban as a deviant organisation. Literally why lie? Also reminder your own Government has killed more civilians that the Taliban as part of the war coalition. And even your masters the US don’t label the Taliban as terrorists.

Who’s lying? I even asked you to clarify your stance before I asked any further questions so I wouldn’t misconstrue your words since you talked about “holistic Islamic governance” and then brought up the Taliban’s efficacy in preventing opium farming. You refused to answer.

If I support Nazi Germany and people call out Nazis, I can’t go “but i never gassed a single jew”. You are taking a position then whining when you are called on it, after labelling people anti-Semitic for criticising a government.

I’m not a fucking Brit. I already told you I’m not from the West. You think only the West has problems with extremists?

Tell me who I killed.

The threads were split up because some people can’t take criticism of Israel.

No. The threads were split because you’re a hairsbreadth away from being considered a troll due to a habit of hijacking threads with wildly inflammatory content.

You want to talk about hot topics? Cool. But stick to discussing one topic in one thread at a time. If you don’t know which thread you’re in, take a second and collect yourself before clicking Reply.

You also kept saying a state is government-less before so I think you are honestly confused.

No I wasn’t I was being mentioned dozens of times by people talking about glassing Muslim nations. None of which you removed. Then when I responded you complained and deleted my posts and not theirs.

Which is fine, but lets not pretend something else happened.

I did not “seem” to do anything because I did not make a statement. I specifically asked YOU to clarify your stance on that specific matter. You did not reply. I do not have the responsibility to wade through your other long, meandering posts not directed at me to extract an answer.

I’ve gotten my brother signed up to the forum. He has agreed to participate in the conversation