So the place where I train, which is one of those commercial gyms, there’s 2 smith machines and 1 squat rack. 90% of the people use the smith to do squats, so that’s cool with me. The squat rack is also the only place where I can do DL’s since there’s no other places available to do that.

Now my problem is this: Often people pull a bench to the squat rack and make dumbbell exercises, skull-crushers, preacher curls and all other kind of bs there. Yesterday I had this guy make a giant set of of skullcrushers, lunges, bicepscurls and some 4th exercises i can’t remember. What’s yout approach to these guys? Do you tell them to F off since you need the place for your squats/DL’s? Do you just accept the fact that commercials gyms sucks? Do you ask them in a nice way when their done with the sets and do another exercise in between? (Which sucks since you wanna keep the rythm of your program).

In the past I’ve done one of two things:

Just be polite and say “Do you think you could scoot the bench over a bit so I can put the bar over here? Thanks.”
No offense but I don’t know why people have such a fear of speaking up. What’s the big deal?

If they are actually using dumbbells in the squat rack/power cage, then you should beat them to death with said dumbbells and increase the avg. IQ of the gene pool as a secondary benefit.

This came out today, made especially for you - 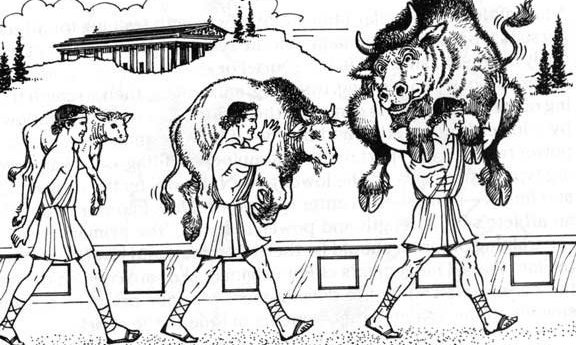 Stop wasting time on complicated workout routines. This training program takes only 3 exercises, 3x/week, for about 45min. Simple but effective.

Why don’t you just push the smith machines into the dumpster along with any pencil-neck who uses them and pull there?

I like to use a tactic I call “aggressive setup”. I work out at a commercial gym too and they have a smith machine behind on squat rack and the ez bar stack behind the other one. Its the same prob you have, where its the best place to do DLs, squats, and pretty much any other combo lifts.

So the setup is get your weights ready to go, use the smith machine or ez curl as stretching tool (has to be done after weights are set up so it looks like your warming up for something crazy and they get curious cause the are followindg some mens health crap), and whatever your biggest moving exercise is go for it, they will clear out. I prefer any thing that puts the bar over your head, cause the path of the bar scares them on their smith machine

Or you can get some 14 year old kid to start squatting along with you. They usually stay away because they think the kid is on steriods.

(Happened to me once)