Ufc ratings are down I think it would be a huge advantage 4 UFC if McGregor wins and there’s a trilogy between Diaz McGregor, Plus this’ll make more money for both of them Diaz was on his way out the smartest thing to come up with any press conferences is f*** you the odds are actually on McGregor to win in 4th round or decision a lot of the American public are sick of gangbangers, so they were wanting to McGregor to win, nate will never have a bigger payout then they McGregor trilogy, I also want Anthony Johnson to win he seems very humble and I’m sick a Brazilian winning everything, it is one thing to cut 25 pounds and do a Powerlifting contest, and another to cut 40 pounds before and fight a 15 minutes fight. I noticed at the press conference both of them looked very depleted.

McGregor is proving he is only in it for the money. Hard to blame him but its true. Why take a rematch with Nate over defending his belt or taking RDA at 155? Bigger payout? Why push for a bizarre superfight against Floyd Mayweather? Big payout.

Now he’s even trash talking John Cena. Do you smell a possible parlay into WWE?

Why not he is perfect for WWE, hewould knock out Cena pretty handily, mayweather, we found out that outcome couture and toney. I think his shit talking is hilarious, all diaz can say is fuck you, pussy ass bitch.

Hey, I don’t have a problem with it at all. If I was an MMA fighter I’d be looking to get in, get paid, and get out.

Apparently he was on government assistance up unto a few years ago, take the money and run . See how many fighter’s have dozens of fights, no belts and are punch drunk and broke at 30. Working at some gym making 30grand a year maybe.

Ya, McGregor is a smart man. Notoriety pays in sports like MMA, especially if you win.

But I don’t think McGregor will win this fight.

They are losing popularity ufc, new owners, i think they will start pulling some pride stuff to make more entertaining we will know in about 22hours, but McGregor needs to defend his belt or give it up, soon. I haven’t seen the guy rumble is up against fight but they are both class acts , he needs to drain that ear though or it is going to explode like bratwurst.

Imagine if his cauliflower blew up mid-fight!

Would just add to his notoriety, I think.

it’s been several years but do you remember the CBS fight with kimbo fighting somebody and i think josh Thompson fought a guy and his cauliflower ear exploded, what do you think about ufc having grappling only fights, and Muay Thai and kickboxing only fights, obviously withMuay Thai there is clinch but no ground at all.

I’d like it because I wrestled in College and have been training in BJJ for the past 5 years. But, I don’t think that grappling only would sell do you?

I think you are right i lot of people including me get bored watching, the ground game unless you know ju jistsu. That is why the old timers dont like it and prefer boxing.

I am exited for the Mcgregor-Diaz II for a couple of reasons: first, it is an extremely ballsy move to get from featherweight to welterweight (although I believe Nate wasn’t that much heavier in their bout), which kinda tells me Mcgregor is not only in for the money, he was having tremendous success beating featherweights who he could shrug off with his physicality and who couldn’t handle his power; the moment he moved up he would be in a pool full of guys who are physically more stronger, hit harder and could absorb more power. Why would you stop doing the same old trick when you could cash in doing the same thing taking relatively little damage? He could do a Aldo rematch, he could do a Holloway rematch, he could do a Mendes rematch, he could fight Frankie. Non of them would be easy fights, but I would guess he got more of a chance beating 2 or 3 of them in a row than beating RDA or Diaz. This makes me feel he truly tries to build up a legacy that could be remembered.

Secondly, he finally seems to have found a true rival. Mcgregor-Aldo had a crazy hype-train going, but now he met someone how could beat him. Rivalries are are the highlights of legacies. And it might make him a better fighter since he got a chance to learn from a loss.

About grappling only events: nah…there is surging number of events for that niche already (EBI, Polaris, ADCC, Mundials, etc.), and it just doesn’t excite most of the fans.

About striking only events: nah…same as above, but the fans do find striking exciting.

What made the UFC was, and is, the utter simplicity of it, minimal rules. That is made it the home and testing ground of all kinds of fighters. When I watch Glory, I get fed up with the restricting rules. Even more when I watch the Olympics and see TKD, judo and boxing which have become not much more than exploiting the meta of a game which has very little to do with a fight. Same with sport jiu-jitsu.

TLDR; Mcgregor-Diaz II got me going, UFC should stick with their format.

yeah I was watching the Taekwondo at the Olympics the other night simply For Points not real world application, some of the kicks in Taekwondo are effective if you want to keep somebody at a distance With knee and sidekicks, I learned some blocking techniques, i would take maui Tai over tkd, as someone brought up the clinch, i am from iowa where wrestling is huge, so from a young age you stay in shape, know how to cut weight , strength training etc. We have guys starting wrestling at 4 years old. What if McGregor wins, him and diaz make an agreement to make the next fight striking only, as diaz has huge advantage on ground. As far as organizations go ufc is the elite but, look at powerlifting, used to be three organizations now there are dozens, for crying out loud, about ten years ago a guy at 198 or 220 who was 40 set the world record in the squat (365) lbs give me a break the gym he lifted at created their own organization. I am ranting here i know, but i can i will call myself the intergalactic shw smith machine champion. As far McGregor vs diaz if diaz was smart he would take a dive and make more in one fight than his whole career, but he comes from a macho culture, if McGregor wins its a real win, like in pulp fiction i see nate in dana whites office with Dana saying now thats pride fucking with you , the scene with bruce willis and marcellus.

it’s been several years but do you remember the CBS fight with kimbo fighting somebody and i think josh Thompson fought a guy and his cauliflower ear exploded, what do you think about ufc having grappling only fights, and Muay Thai and kickboxing only fights, obviously withMuay Thai there is clinch but no ground at all.

Now that you mention it- 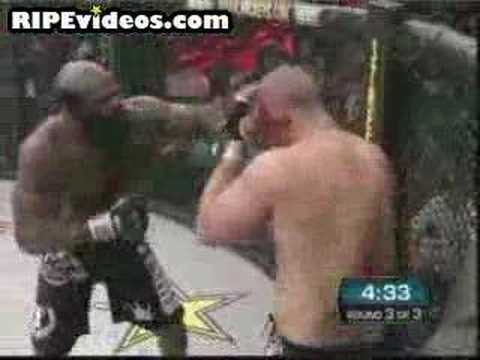 The problem with those kinds of fights is that they’d be too similar to already existing competitive scenes out there, I think.

Knawrly, most guys drain before fight. I think a lot of his fights were righed especially him and Houston Alexander obvious.

Oh yeah , i used to run into Josh neer and Jeremy Stephens at gym doing their strenght training, and before Jeremy moved to san diago, i would see him on south side of des moines all the time, he is a class act doesn’t fight safe leaves it all in octagon if all ufc fighters fought like him ratings would go up, not down, Josh has been cage fighting since his teens probably over 150 fights beat Houston Alexander pre juice, 170ish not 205. There was a huge night club that had wed night fights, were a lot of future ufc guys from iowa fought, back then i was jacked 270 15% bf and the guy who ran the fights , who also ran tough man contest always wanted me to fight, because of my size. They wanted me to fight the ref a friend of mine. Just benched 570 raw today, ugly people can take a punch better, they already ugly

No Lawler would destroy McGregor or diaz at 37 year’s old , got beat last fight if he dont win next fight get out.

Well that was a real scrap.

Kinda think Mcgregor was saved by the bell in the last round, but damnnn Diaz’ face was like a bloodied tampon postfight

Yeah all the bar and grills that show it for free as long as you eat were packed by 5 last night , i watched post fight interviews, McGregor wants it at 155 next time, he’s got to defend 145 belt next. Rumble had a 13 second knockout, when you look at him at 205 its hard to see him going down to 170 which he used to, now they get weighed a week out and have to be within 8 or 10%.