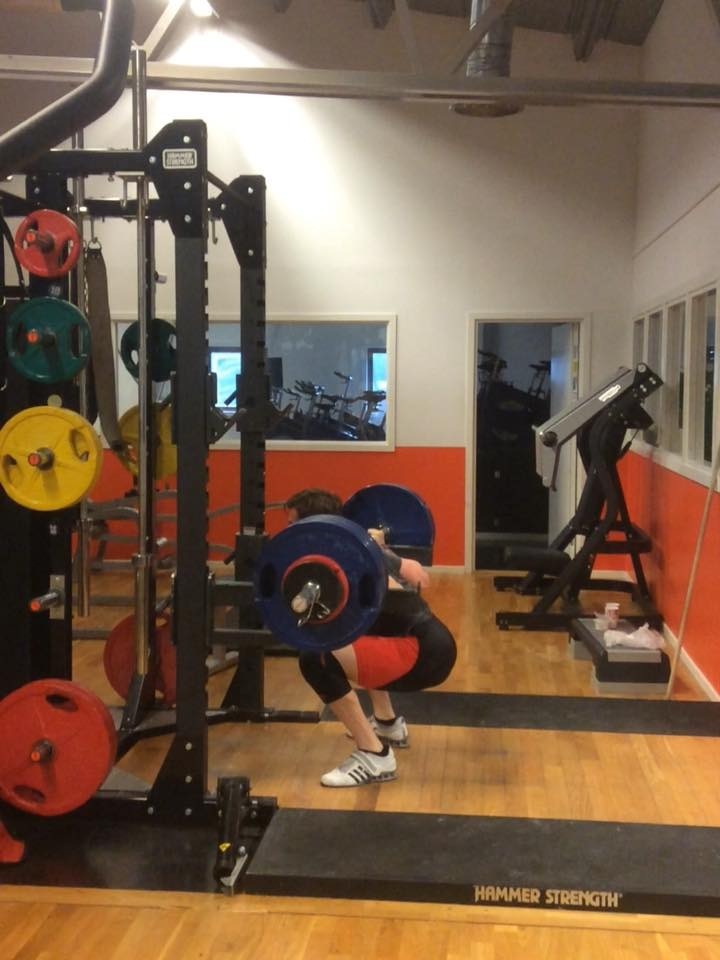 What do you guys think, Would these hit legal IPF depth? Bad angle and I know its border-line, but do you think it would make white lights? 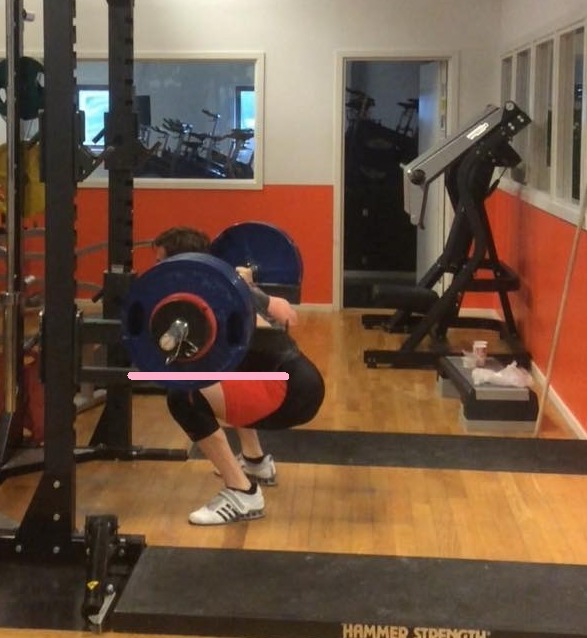 I used paint to draw a line from what looked to be the top of your hip crease outward. From this specific angle, I feel like you would only get white lights if you got a serious gift from the judges.

I’ll attach the video too, even though its an ugly one.

I would have to say it probably would not pass for IPF depth to be honest. But probably be good in plenty of other feds.

From what I’ve heard (not seen or experienced) of IPF you’d get three red lights. Other feds you might get a couple of whites, but you’d be lucky.

That’s all based on the angle, it may look a tad different from where a judge would actually see. 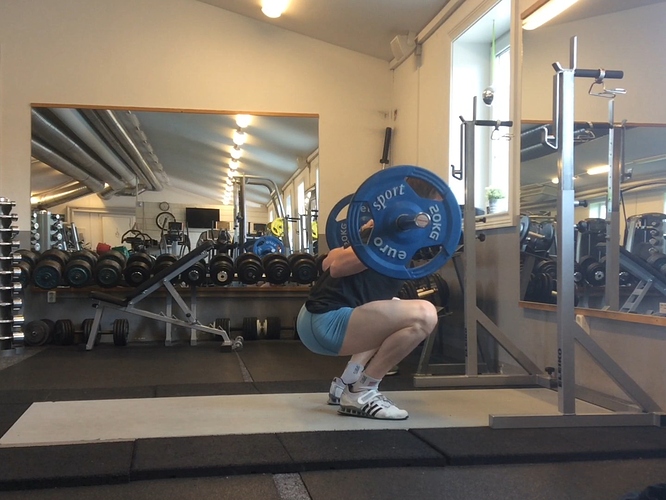 2048×1536 386 KB
Thanks guys! Thats what I thought as well. This lift was my planned third attempt so Im not stressing. I took some pica from other angles today where I tried to acheive similiar depth as yesterday and at least this is looking better.
RobTheSwede June 25, 2015, 10:40am #7 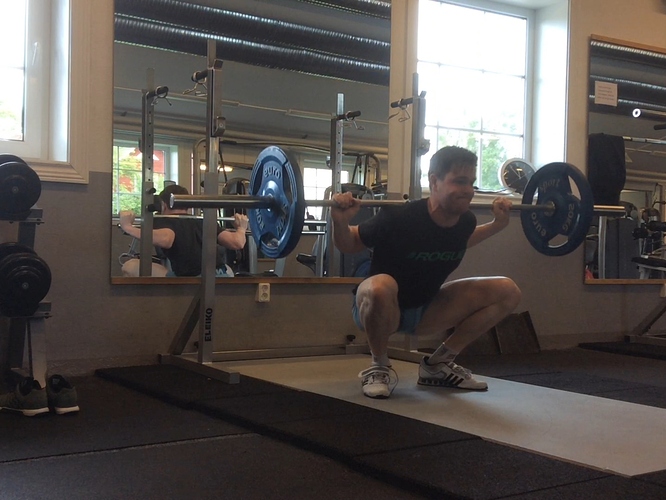 your squatting style is not the best for meeting IPF standards. Your stance is so narrow, and it forces you to shoot your knees incredibly far forward. You absolutely have to bury it using this style to get white lights in the IPF. Keep in mind: borderline+IPF=Red lights. If you plan to compete in the IPF in the future, I would strongly consider altering your squatting style.

Your squats in the blue shorts are significantly deeper (look at the contact between hamstring and calf), and yet you’re just barely hitting depth there. Even on those, an asshole judge could red light you. That’s a problem, since it will be very difficult to get that deep with a significant load.

Your hip mobility needs a lot of work if you’re going to squat oly style. Your knees are jutting so far forward because your hip extensors are tight. If the hip can’t flex, either the lower back must round or the ankles must dorsiflex further. Both are less than optimal. Having that level of ankle mobility is great, so don’t lose it, but it results in a lot more stress on the knee structure and less weight on the bar.

The cure is glute stretches, hamstring stretches, and goblet squats (in that order). The first two are straightforward. The goblet squat needs focus on getting the knees as high as possible while keeping the lower back straight and tight. Drop down, wrap your arms around your knees, arch your lower back, and try to pull your knees into your armpits. Your lower back should be straight, and you should feel the stretch through your glutes. Hold for 60 seconds, three or four times BEFORE YOU SQUAT. Yes, that’s going to make you weaker in the first few minutes of your session, but it will greatly improve your mobility and technique in the long term. It’s better to lift less with better technique. Likewise, when you do your warmup squats, focus on trying to force the knees into the armpits by letting the weight drive you down, keeping your back straight and tight, and pulling with the hip flexors.

BUT, for IPF I would go with a PL type squat instead. Shins vertical, wide stance, sitting back into it, let’s you move the most weight.

I ref in an IPF affiliate and have for a number of years. Your depth is borderline on the first picture/video. It’s good on the other picture. Having said that, in the chair you have a split second to make a decision. If I see a squat that could go either way, I’d throw a white. If I’m not sure, it goes in the lifters favour.

To be certain though, I’d try to sink it a bit deeper. I’ve seen many narrow stance lifters. It seems to be more common unequipped than equipped. I’m narrower unequipped. I try to break at the knees first and drop down rather than break at the hips. If I break at the hips first, I tend to get a pronounced forward lean which makes it more difficult to get deep enough.

It depends how close the meet is if you choose to change your stance. If you do, you would need at least a full training cycle (maybe 3 months). It could take less but it depends on the development of your glutes and hip flexors.

I’ve opened up my stance to slightly wider than shoulder width the past month. It used to be shoulder width so almost as narrow as yours. My squat felt comfortable and I was always able to keep my glutes and hip flexors engaged until about 90%. Anything beyond and it was difficult to keep those muscles firing so my hips would shoot back. I moved my stance slightly wider to keep tension in my hips. I tried moving it out a long time ago but my hips weren’t strong enough to handle the wider stance.

If you do open up your hips, it should be a gradual change that still allows you to keep tension in the hips because there’s no point in moving to a different stance if you can’t get the most out of your muscles (unless the leverages make such a big difference that it offsets less muscle recruitment).

Post meet I would highly recommend playing around with a wider stance. You’ll lose some depth but probably get a ton more strength over the whole lift (at least that what I’ve experienced). You shouldn’t have issues hitting depth wider either. Play around. I went from narrow to (by raw standards) really quite wide (my toes pretty much touch the edges of the power rack with my heels about three inches further in, and if I could I’d probably go a bit wider except the power rack gets in the way) and it improved my squat a ton.