I really would like to know how to deal with tendinitis, my knee is bothering me right now… Advice? Have you had it? Where have you had it?

I had it in my hamstrings. Rest, active recovery to increase blood flow (think bike), and lots of Flameout.

hot baths/hot tub would be a good idea too

I dont know about tendinitis in your knee but i had a bad case of it on my heel maybe top five worst pains experienced plus during football practice, anyways, what i was told ice it and rub it out, lol, really though.its going to hurt like a bitch. I filled paper cups with water and freezed it so i can rub it out while icing it. This info may not be the same for the knee if not good luck

First you need to have it diagnosed as tendinitis.
I’ve been treated for tendinitis in both my elbows, medial and lateral. The military just said rest and take tons of motrin (anti-inflammatory) which is of course the problem.

I took 2400mg (3 x 800) a day for about 18 months for a combo of t-nitis (elbow) and bursitis (knee). I can’t believe my liver still works.
Out of the military and my Doc said rest and Motrin, as well as some Rx anti-inflams. Rx no work so he took some x-rays and gave me a steroid injection in the tendons (left elbow - lateral epicondylitis) - felt like an elephant stepping on my elbow. Two days later no sign of t-nitis at all. Lasted for @ 6months. In the last 3 years I’ve had the shots in both elbows. My current problem - I’d rate the pain / los in grip strength at @ 9/10. Pretty bad. I have to wait 4months between injections in the same site, and the more injs you get… well it can’t be great for your tendons.

Several of the guys I work with told me they had a doc use an ultrasound therapy. Looked it up on the web, yeah it is a treatment. Contacted the doc, turns out it is actually a sound wave therapy, equivalent to the way they blow up kidney stones - frequency treatments. So I see him Tuesday. I’ll give it a good shot, if it doesn’t work my next option is surgery on my right elbow. I really need to be on all cylinders for my job.
Good luck

I have had it my right elbow for a year or so.
At one point I stopped training altogether.
I went to my doctor, he sent me to physical therapy, which helped- but my job is physical,
and I keep having set backs.

I am looking into the ultrasound as well
Its bad that it effects many lifts-
pull ups especially.

I had tendo on my left elbow,probably due to too much bicep curls and too little triceps (just guessing here).
Anyways the only thing that worked for me was to stop exercising.
It took almost three months to heal.

I have that shit really bad in my foot. It still flairs up all the time. If you haven’t seen a doctor you need too because there are probably exercises you can do or change the way you move. They all did this massage thing with a strange piece of metal to break up scar tissue on the tendon (my foot was fucked).

I’ve been through the PT, cortisol shots, ultrasound, you name it. What helps, and I’ve been doing this every day for the past year is high dosing fish oils. Sure you have to find out what exercises to avoid for a while, and the occassional ice and alieve with assist, but this has worked very well for me.

The key is to make sure you are dealing with tendonitis before you treat it as such- since there is a lot of things that can go wrong with the knee.

But in general you would be safe putting ice on the area for about 20-30 minutes, 2-3x a day, taking some anti-inflamatories (naproxen works best IMO, and avoiding whatever activity makes the pain come back.

Don’t work through the pain, and don’t let it just continue to become a chronic issue. What will happen if you do that is that the tendonitis- a manageable acute inflamation- can progress to tendinosous- a chronic degenerative inflammation that you will have to deal with for the rest of your life.

If the pain is not constant, is this good?
It only flairs up in the morning when my tendons are tight, and if I don’t have my knee brace on it sometimes causes pain… I can do DL’s Cleans, Squats etc. with the knee, but I can’t run/jump.

I want to train into Jiu Jitsu next year, so I need to heal it asap

It’s an overuse injury. You can figure it out.

I got tendinitis in both achilles after I recovered from a fractured hip. Mine was especially bad in the morning, but once I got them moving it was ok, just a little sore. I iced and took motrin. Tried resting as much as possible (it was during baseball season).

After some research, I remember figuring out earlier that it is closer to “Jumper’s Knee”
Which are different. The trainer I saw said they were the same… 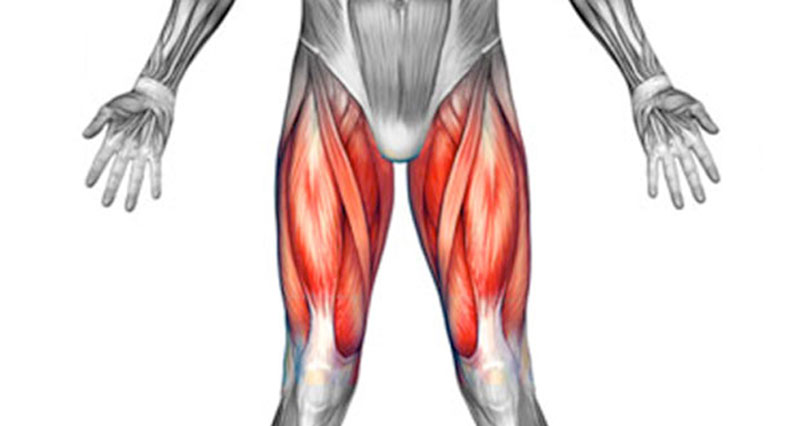 I am a Grade 1…
Although it hurts often in the morning and if I just sit around without moving.

[quote]HangerBaby wrote:
After some research, I remember figuring out earlier that it is closer to “Jumper’s Knee”
Which are different. The trainer I saw said they were the same…

I am a Grade 1…
Although it hurts often in the morning and if I just sit around without moving.[/quote]

Thanks for that link. I’ve been having a pain in my patellar tendon and seems like it’s jumper’s knee. Hurts when I press on it, and hurts when walking at times.
I play vball once/wk so that probably lead to it

Both my knees and tricep tendons have tendinitis. Sometimes I am awakened with my knees literally feeling like they’re on fire.

Good lord you fools need some rest! I have had issues with patellar tendinitis in the past and this is what has worked for me…

I have been dealing with what I believe to be tendonitis in my right knee for the past few months. I had a thread not too long ago in the beginner’s section about it. Although, I am not sure if what I’ve got is tendonitis or osgood-schlatters. The location of my injury is over the tibial tuberosity, like osgood, but I am well done growing and have been for a while now. So, that is confusing. Although maybe there is another cause.

Eitherway, I think the treatment is similar enough.

REST
Fish oil
REST
Ice
REST
and sadly, staying off it as much as possible.

This means, for me, I am barely deadlifting anymore in the gym, and not squatting at all(in fact, I think squatting might have caused it) I have been focusing on pull-ups, and various machine exercises to keep myself active in the gym, but it has definitely been frustrating.

From what I understand, tendonitis, at least when it is mild, will heal eventually, it just takes a long friggin time and the chances of it being reaggravated and taking even longer are very good. So you really have to try and be exceptionally mindful of the fact that, even though your knee might be feeling fine, it’s not.

But, of course, don’t take anything I say verbatim. Consult with a Physical therapist.