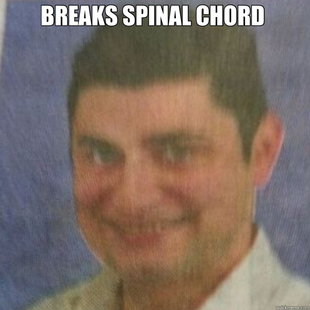 Wouldn’t it be pure happiness? Waking up, taking your barbell, packing up a few sets of deadlift to start the day?

I’ve heard about the Bulgarian method where you basically squat everyday, but what about deadlift everyday? What would be the effects on your body (not enough CNS recovery is my biggest concern). Would it actually be effective or just stupid? Of course you wouldn’t max out the lift everyday, but you would use heavy weight.

I once heard of some supposedly famous guy who did this, but I can’t think of his name. Deadlifted almost every day, if not every day, and put up some pretty damn good numbers. I’m sure it can be done as long as intensity and volume are regulated well and form is good, but I doubt it’s as effective as squatting daily because of the recovery issues.

Good luck if you try it man. No way in hell I would. Even playing around with a 3 day a week deadlift day I was dying I mean seriously a no go.

Well anyway if I try this thing I’ll make you know how it goes.

You would probably have to be one of those guys who are built for deadlifting. And your form would have to be excellent.

I would also opt for dropping the weights from the top once they got heavy.

I wouldn’t think but 1 or 2 of those days could be heavy. Maybe if you did most days with varying volume and intensity with light to moderate weights for low volume applying CAT. Also, like mentioned above, dropping the weight from the top so you don’t accumulate fatigue from the eccentric where most of the soreness and injuries come from.

I just finished doing a routine that I found in which I dead lifted and squated everyday. I did it for 8 weeks before I was just too tired to continue with the frequency. That being said, I did see some good PRs from it.

Now as you can tell from my numbers I am still a newer lifter so my weights may not be as much as yours. Along with those gains I did put on 18 pounds without gaining fat. My back grew a lot - especially in the lats… Anyway here is what I did…

Steve Justa, author of “Rock Iron Steel: The Book Of Strength” has a great approach to single rep training. Similar to Brooks Kubik, Steve accumulated his vast amount of strength training knowledge from his own experience and other people’s experience.

Incidentally, this is how most successful people acquire knowledge. Steve’s feats of strength are amazing and I recommend highly that you pick up his excellent book. You will be inspired to say the least.

Regarding single rep work, here is how Steve recommends that you break into it. Take your 70% max on an exercise and lift everyday. That’s right seven days a week my friend. Take one-minute breaks in between each set. On the first day, do three reps.

On day two, do five reps, on day three, do seven reps and so forth. Keep adding two reps each day until you finish off with fifteen reps on day seven. In week two start the entire cycle again with five to ten additional pounds of resistance.

Steve recommends that you test your one rep max once a month and stay in the 70% range. If you cannot or simply do not want to lift every day, Steve recommends doing thirty singles at 70% of your one rep max every other day. Increase the weight by five pounds after every workout that you complete thirty reps at. Test your max every two weeks and stay in the 70% range.

At most I pulled twice a week while squatting 3 times a week, I broke down after a few months, too much for me.

I deadlift between 2 and 3 times a week, depending on the week, and almost always heavy. Usually I do one day off the floor and one day off 3 inch blocks or so. That’s all I can handle, probably. I haven’t pushed it. Couldn’t imagine 5 or 6 times a week.

I remember reading that Dan Wohleber (sp) would dead lift everyday when he first started lifting and in the last issue of Power, Aaron Lawrence talks about how he pulled between 5 and 12 times a week. If you do it, the best of luck!

The Bulgarian method is not only squatting every day… you bench and pull multiple days a week as well.

It can be done… 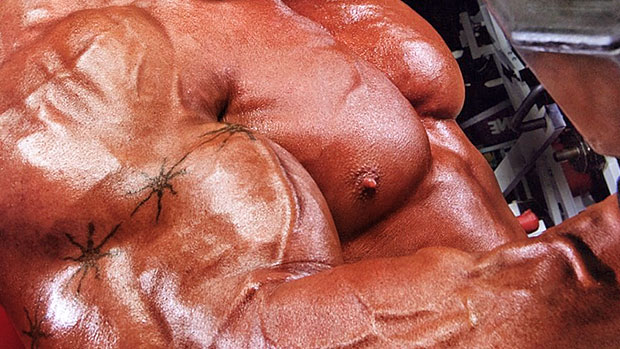 Most of you are too weak to put on muscle. Here's a simple 40-day program that will make you strong and buff.

Would anything bad happen if you deadlift 135 for one rep every day? I highly doubt it. With that as a baseline, it’s simply a question of intensity and volume. The real question is will deadlifting every day give better results that deadlifting less frequently. That depends on finding a good program.

Bob peoples used to deadlift everyday and he deadlifted over 700lbs so it can work.

I imagine there are a few people in the world who could handle it. It’s highly unlikely that any of those people read this site. It’s even more unlikely that the guy with 3 posts on this site can do it.

I imagine there are a few people in the world who could handle it. It’s highly unlikely that any of those people read this site. It’s even more unlikely that the guy with 3 posts on this site can do it.[/quote]

Right, because number of posts is a great indicator of strength levels and one’s ability to recover and adapt.

Plenty more than a few people have had great success with high frequency, high intensity training methods that people love to criticize as “overtraining.”

If you really want to deadlift everyday why not try something like this.

Why couldn’t something like that be done it starts heavy and gets lighter through out the week.

I believe if you wanted to you could manage this for awhile.

I imagine there are a few people in the world who could handle it. It’s highly unlikely that any of those people read this site. It’s even more unlikely that the guy with 3 posts on this site can do it.[/quote]

I disagree and what is a guy’s post count got to do with him handling deadlifting everyday. I think lots of people could adapt to deadlifting every day, especially people built for deadlifting. You dont know until you try it, Everyday to me is overkill but it can work.

Pick a variation you’re bad at and go for it. In the article RampantBadger posted above the variation is thick bar deadlifts, and he (the author) is only using about 50% of his competition max. This is just an example. On the other hand, when you’re deadlifting every day, will skipping one day hurt? Probably not.

I’m currently doing a version of Dan John’s program listed in Badger’s link above. It calls for deadlifting five times per week with programming broken up into two week blocks. 6 of those 10 sessions call for 2 sets of 5 at an easy weight (I’m currently using 65% of my one rep max), one session calls for 6 progressively heavier singles, the session after the 6 singles is just one light set of 10 and there are two other sessions which call for three progressively heavier sets the first for 5 reps then 3 and finishing off with a double. One of the basics of the program is making sure you never miss a rep and the programming calls for 40 workouts or 8 weeks.

I chose this program for several reasons but one of the main reasons is I recently got some very good help on my deadlift form and only had a couple of sessions to work on it prior to my last meet which was nine days ago on October 12. This programming gives me the chance to get more work in on my form. I’m only six sessions in so far but to this point it hasn’t been overly stressful.

For comparison purposes I’m 46-years old and drug free and pulled 525 at 181 at the meet. I’m currently using 345 on the 2x5 days. I’m guessing the majority of you who are much younger than me wouldn’t have any issues with this type of programming at all.

Whether or not it would maximize strength compared to other programs might be another story. As I mentioned dialing in deadlift form as well as some scheduling issues coming up are the main reasons I’m running this for the next couple of months.