It looks like for whatever reason BCH went apeshit on Coinbase, site crashed and gave everyone a minute to catch their breath, now either the transactions still aren’t back up yet, or people can’t find buyers?

Should be a fun thread.

I’m a bit too conservative to risk it on these potential bubbles. I mine ETH which is about as much as I’m willing to do in terms of “investing” in it

I might pull the trigger on a token amount of Monero and IOTA in January. I still need to set up at an exchange and buy BTC to do that though which has stopped me

It finally crashed back down ~3200. Wonder if that was a computer shitting out or if a ton of people just blew 50% in a button press.

Damn I posted this in the other thread before I saw this one lol.

Today’s addition to a major exchange sent it flying. Initial hype plus increased accessibility in the future. 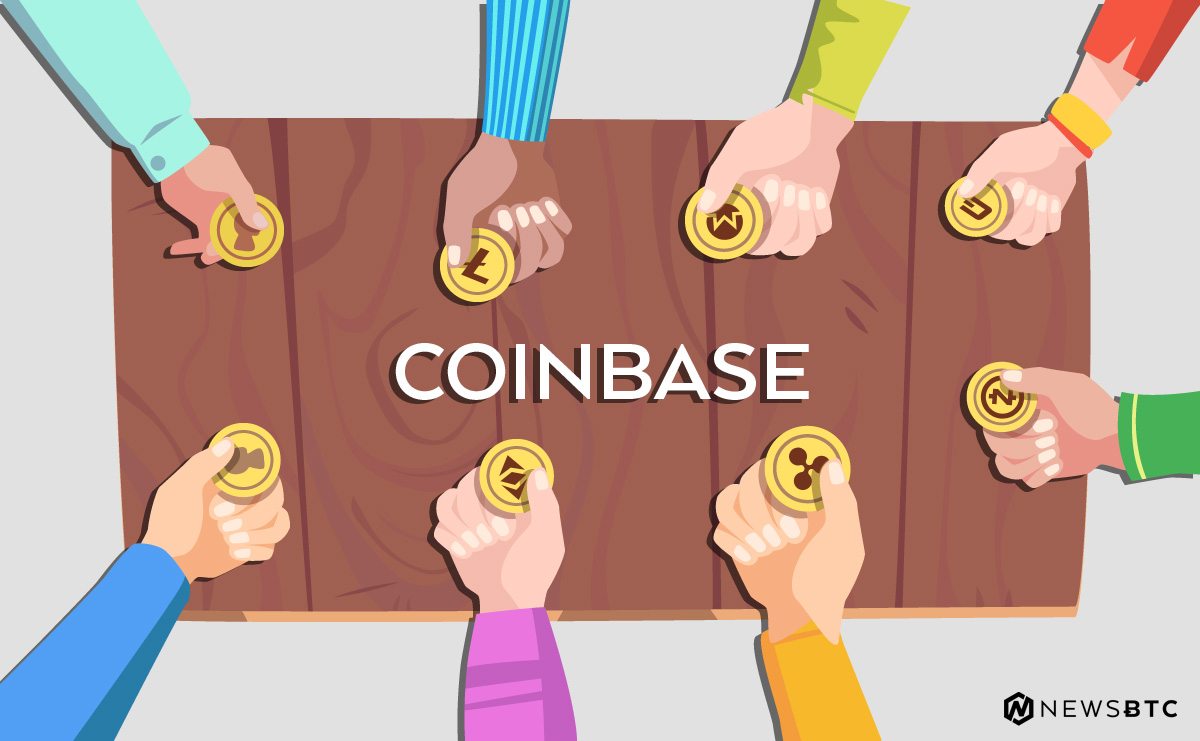 Crypto traders needed some feel-good news about Coinbase and it came in the form of a recent CNBC interview with Brian Armstrong.

Why not also research the current top alts with good fundamentals? It would be a good idea to manage risk by diversifying your portfolio if you’re going into this.

^Other coins will follow. Probably want to start placing your bets lol.

Any interest in a cryptocurrency thread? Started dabbling in altcoins last week and I’m getting addicted to researching these in the evenings. It’s like watching the stock market except Vin Diesel is driving in a muscle car.

^Other coins will follow. Probably want to start placing your bets lol.

Ha. I saw your notion and raised a few weeks ago. I’ve got my a few shiny shekels waiting to strike it.

I have been reading up on this stuff over the past week.

I have no background in finances etc, so Im finding it hard to understand. What are your guys thoughts on the long term future of crypto currency. I have had a few friends who are really getting into it and making money, while are few others are laughing at it and saying that it will all crash.

First of all, you need to understand that crypto technology is here to stay and it will get bigger in the future. Current investments by major players and governments are especially high in finitech. The question is which ones will end up dominating the market.

Second, after due diligence is done when researching a currency, and you decide and are confident enough to start investing, i.e, putting money in at a regular interval and not speculating for da short term gainz like doing Starting Strength by throwing in a lump sum, it doesn’t matter in the long run if there are major price corrections. Look at the historical chart of Bitcoin and see how many 40% corrections there have been over the last 2 years.

it doesn’t matter in the long run if there are major price corrections. Look at the historical chart of Bitcoin and see how many 40% corrections there have been over the last 2 years.

I just have a few people in the back of my mind that recently decided to start this weird pseudo day trading thing at work. Guy over there has absolutely no stomach for the volatility of coin trading and regularly panic dumps during a dip.

I’m pretty sure they’re playing with sub $500ish with how they joke about it, but that one guy gets so worked up. Every time I see a major movement like this now I imagine him freaking out and panic selling. As most of the altcoins are seeing a general upward trend he makes it back over time, but it’s like he can’t seem to grasp what the difference is.

Second, after due diligence is done when researching a currency

Have an opinion on SALT yet? If it doesn’t get regulationstomped it feels like it has huge potential.

I just have a few people in the back of my mind that recently decided to start this weird pseudo day trading thing at work. Guy over there has absolutely no stomach for the volatility of coin trading and regularly panic dumps during a dip.

Lol this is why I have just been holding bitcoin and I don’t do my own trading when taking some profit. All this is seriously counter-intuitive for people not well versed in technical analysis.

Last year I just said, “fuck it” and avoided following the market until around June this year. People will hype it when it’s rising and start spreading FUD when a correction is impending. Follow the news and you will see the pattern. However, I missed out on Ethereum because of this.

Have an opinion on SALT yet? If it doesn’t get regulationstomped it feels like it has huge potential.

I really don’t know. I’ll probably throw in some cash as a gamble if the fundamentals are sound. Right now I’m just having some fun playing with alts using basic TA I picked up long ago lol. The top ones have been around for years and already have a record of their historical swings and values on the charts.

IMO, we are at the stage where something like Ethereum is not some new, game changing technology. As long as the tech is sound, scalable and has features that differentiate it from existing ones like improvements that solve issues on the developer end, the rest falls on their marketing/business development team since the fight now is for mass adoption and market share. Also the strength of their community as adoption by developers is an important aspect of this technology.

This is what I would look at as a new coin progresses and add to my position over time during dips if they are progressing well if I were to commit to investing in it.

Verge (XVG) is having a nice breakthrough.

I threw in a few hundred bucks after the deranged lunatic living in the jungle mentioned it in a tweet, wish I invested more

Verge (XVG) is having a nice breakthrough.

I threw in a few hundred bucks after the deranged lunatic living in the jungle mentioned it in a tweet, wish I invested more

Honestly, XVG’s breakthrough is based solely on John McAfee’s prognosis and recommentation to buy XVG - his reason being that it’s fully anonymous and still cheap.

Well guess what, Monero and Bytecoin have been around for quite a while and they’re focused on privacy too. I have yet to see a difference between some of those coins.
Market capitalization is already much higher for those two coins too.

A well informed cynic. I just read the same thing and was wondering what XVG has that Dash, Monero, ZCASH and PIVX don’t.

I heard a statement recently that was convicting for me: cynics are always broke.

The McCafee guy moved the markets. Most of the altcoins aren’t even being used for transactions. Some of them don’t even have functioning wallets yet, and still have a market cap. Don’t try and apply sound investing logic to them. Altcoins are not long term buy and holds at this point. They are wild west speculation. If you can get into a coin with some play money and it goes up 19 thousand percent, good for you. If you lose it all in one particular altcoin, well no beer money this week.

The irrational exuberance of this market right now is crazy. I’m going to try it just to see if I can’t make some play money. This is Tulip Bulb level crazy. We need to enjoy it before the SEC and EU regulators clamp down. Because they will.

Tulip mania (Dutch: tulpenmanie) was a period in the Dutch Golden Age during which contract prices for some bulbs of the recently introduced and fashionable tulip reached extraordinarily high levels and then dramatically collapsed in February 1637. It is generally considered the first recorded speculative bubble; although some researchers have noted that the Kipper und Wipper (literally "Tipper and See-Saw") episode in 1619–1622, a Europe-wide chain of debasement of the metal content of coi In ...

The McCafee guy moved the markets. Most of the altcoins aren’t even being used for transactions. Some of them don’t even have functioning wallets yet, and still have a market cap.

Most of the altcoin growth up to1$ comes from hearsay, bandwagons (“new Ethereum”, “Ethereum 3.0” “Monero killer” etc.), indiscriminate mania and “influencers” in the crypto world who move needles with tweets for up to 10x returns.

Look how Emil Oldenburg singlehandedly affected the value of BCC and caused BTC to drop.

Altcoins are not long term buy and holds at this point. They are wild west speculation.

This is kinda where I land as well. The entire concept feels SO untested that the risk level should be through the roof on this stuff. Early on most of it seems to be driven by hype and the number of people getting into the market that tbh have no business there.

My advice to everyone that asks for it has been “don’t invest a single dollar you would lose a second of sleep over and you’ll be fine.”

If you guys want to play crypto, you have to not be afraid of corrections. A coin can lose 10x it’s value and then skyrocket.

This is the STR chart. I posted about this in the other thread just last month when the price was still at $0.06 or something.

I started accumulating at around $0.04 all the way down to $0.0065 in September. I accumulated in bitcoin so that was a drop of more than half in it’s value in bitcoin.

The current price is at $0.27, which increases it’s value in bitcoin by 4x. It is now 3x it’s previous peak.

Seriously if you want to play crypto, you need to be able to stomach this shit lol.

A fake news story about the death of Vitalik Buterin, the creator of Ethereum, caused the cryptocurrency to lose $4 billion.

These assholes were all waiting to start shorting.

Crypto is so damn entertaining. 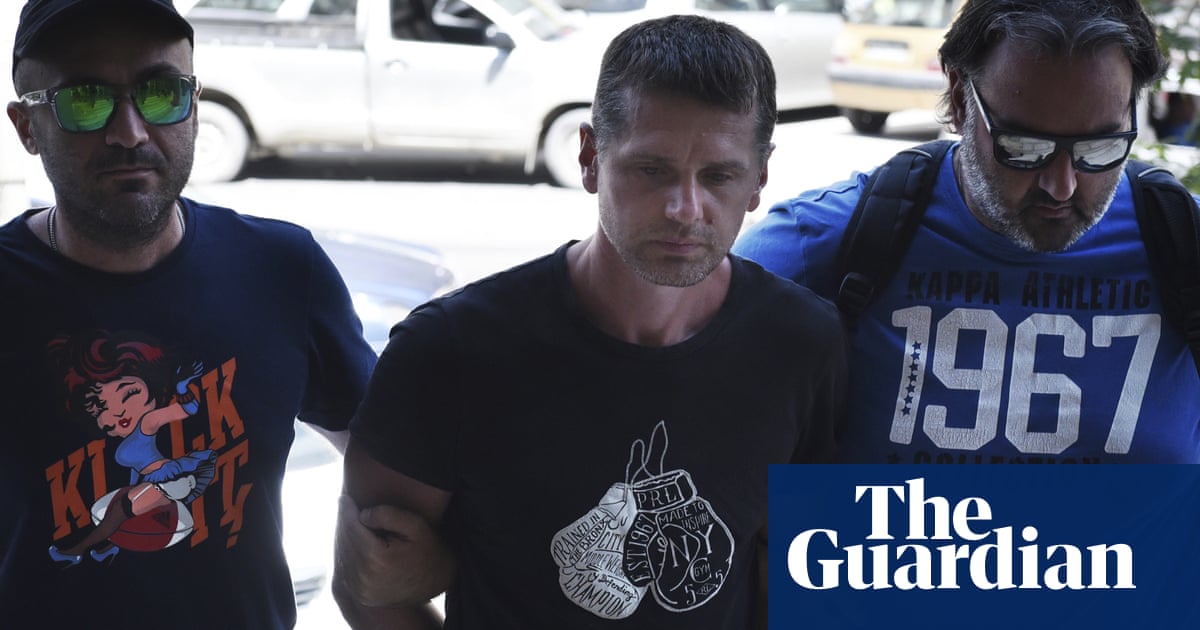 Money laundering through a bitcoin exchange.

These assholes were all waiting to start shorting.

Crypto is so damn entertaining.

TBH I have to intentionally avoid the clickbait news revolving around cryptos. Even if it’s right from time to time I feel like most of it is just going to lure me into bad decisions haha.

When does the first law on cryptos pass (anywhere in the world). My bet is 2018. With $300 Billion tied up in cryptos it’s starting to get real.

When does the first law on cryptos pass

Seems like it’s going to be very very hard to regulate without a regulating body. Whoever passes the first law is only going to gut their own citizen’s access and profit to cryptos.

I’m not sure what you mean. What kind of laws are you referring to?