Connor Mcgregor UFC 223 Incident. Jail Time? Is His Career Over?

I am a little unclear after having watched embedded episode 5, and taken a look at ESPN, how culpable Nurmagodemov was in instigating this whole thing. Could someone clarify?

You could go back further to Lobov calling Khabib a pussy.

So how did that go? Was Lobov totally instigating? How badly did Khabib go at him?

FWIW, the video of the “incident” was uploaded of UFC’s official Facebook page with the caption “so how was your week”.

Not to mention that people backing Khabib are some of the scariest people on the planet, so the idea that a bunch of drunk Irish wannabes could have a “beef” with those guys is beyond absurd.

I don’t hate Connor, that would be silly. You asked for opinions, I gave you mine. I could care less whether he lives or dies. But, if this is some “media hype”, then I have lost all respect for the UFC. You believe what you wish.

Media hype that could end up banning Conor from the USA. He is a foreigner who entered the country in order to commit a crime. That’s a pretty stupid publicity stunt.

Yeah those Southern Russian province people are some of the scariest folks I’ve ever met.

Here is a little story time: I wrestled a Dagestani at an open mat one time. He was like 160 lbs at the time vs me at like 190. He Chain smoked and drank like a fish but rag dolled the hell outta me. He asked me if I wanted to see his favorite version of the fire mans. I obliged him and little did I know his favorite version didn’t include dumping me but throwing me straight of his shoulders onto my back from like four feet up. After the open mat we were talking. He was complaining about how he was on probation because he beat the shit out of some dude at a bar who thought he was tough. Dude apparently was over six foot and well over 200 lbs and this inconspicuous looking 160 lb dude beat his ass. They are just built and raised differently over there. Tougher then nails.

Interestingly, in the post-fight interview Khabib pleaded in Russian with Putin personally to help his “brother” who was arrested last week. This guy. 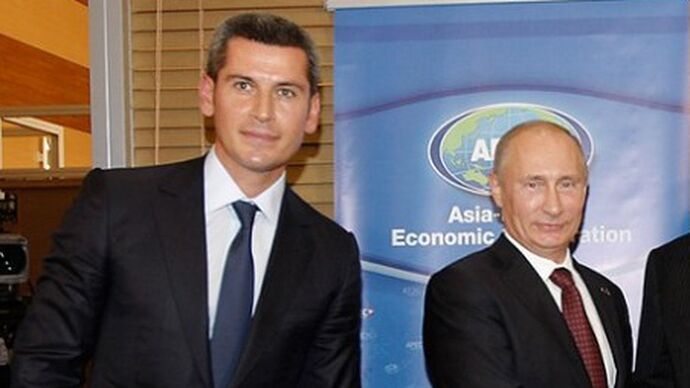 Ziyavudin Magomedov, one of the wealthiest men in Russia, was interested in buying a stake of the UFC. Karim Zidan delved into his interesting and controversial background and history of conflict with Russian President Putin.

Chechen and Dagestani organized crime groups are basically controlling Moscow and are expanding their turf in several European cities, notably Vienna, not to mention that Chechens and Dagestanis provided the bulk of shock troops for ISIS.

Dagestanis and Chechens are so bloodthirsty that it impossible to summarize all of it, but this Khabib-related blurb is worth a careful read as it provides a glimpse into their culture.

MMA fighter Khabib Nurmagomedov has made a post in his Instagram account, describing the tortures practiced by the republic’s police against a suspect in arson of the Dagestan’s Rutulsky district administration.

November 25, Nurmagomedov wrote that the police had tortured his friend Akim Kuliev for several days, forcing confessions to the arson of Rutulsky district administration out of him and two more persons. According to the athlete, Kuliev ripped his belly open following another cycle of tortures so as not to sign testimony about a crime that he had not committed.

The champion in a number of martial arts has appealed to the State Duma deputies, public figures, athletes, and politicians to “not remain indifferent to the injustice taking place in Dagestan.”

Huh? It’s like you’ve never heard of this thing called money. If you have enough you can literally get away with murder. Banned from the US, pffft.

What’s also silly is the idea that there was a busload of fighters and no one got off and whipped his ass.

Are they really controlling Moscow? I know people from the southern provinces living in the North are discriminated against. Ethnic Russians do not like Chechens and Dagestanis in their homeland. I understand why they feel that way.

Personally I don’t understand why Putin doesn’t just give them their sovereignty and send all the Chechens and Dagastanis back.

Yeah. you are probably right about that. With a a halfway decent lawyer he will get off all those charges and just have to pay some fines.

Hopefully that is what happens. I would like to see this fight they are trying to hype up. Mcgregor vs Nurmagomedov. Khabib put on in my opinion a very disappointing performance against the #12 lightweight in the UFC. He did thoroughly dominate in the fight but it should have been a 2nd or 3rd round finish for him. So props to Al Laquinta for going the distance.

So I am calling it now. When they fight the Notorious is going to put the Eagle on the canvas much the way he did Alvarez.

I think the bus was moving.

But it did help OJ. OJ only went to jail after he ran out of money. Any way, both did worse than throw a dolly at a bus.

But neither were foreigners.

Okay…I stand behind my statement that money will solve all of his problems. We can disagree on that.

One could argue his problems stem from having money. And it isn’t simply about serving jail time; he is a foreigner who has to apply to work here when he fights. A criminal record can create problems for him in that regard. And he now has a criminal record.

You also have the athletic commissions to deal with. UFC money and individual fighter money didn’t save high profile fighters from getting suspended for violating rules.

Khabib did ask why Connor didn’t just get on the bus for a fight. Then again, if Connor is throwing heavy steel objects it is not sport martial arts, but reality consequences.

Personally I don’t understand why Putin doesn’t just give them their sovereignty and send all the Chechens and Dagastanis back.

Delusions of imperial grandeur. Besides, Putin loves the cult of personality bestowed on him in Chechnya and Dagestan.

Ordinary Russians would love nothing more than that as currently Chechen and Dagestani criminals only get “deported” to their respective Federal republics after committing a serious crime elsewhere in Russia and come back soon after.