Obviously this applies to harder music. I assume by reading the Breakdown thread that theres a lot of people who appreciate metalcore, hardcore math metal or whatever.

What do you prefer? Personally I think more people get hurt in the Push Pitts. I rather Hardcore dance.

You want to see crazy … go to a James Taylor concert … them bitches be runnin wild!!

Maybe I’ve been out of the loop for a while or something, but wtf is hardcore dancing?

I don’t think it’s about age really…just going to a concert and tearing stuff up! 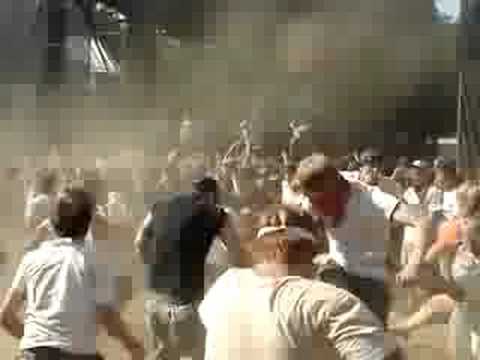 Gotta have that huge, circling, mosh pit that looks like a whirlpool of bodies 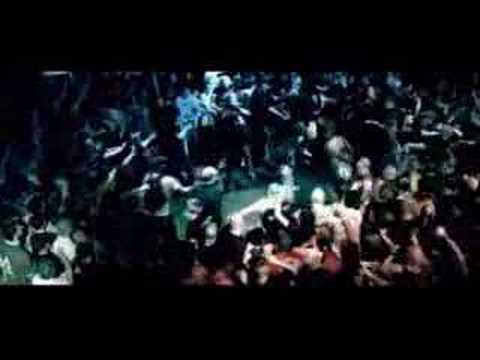 Harcore dancing is wailing fists and legs, doing crazy moves like tornado kicks and such to the music.

Harcore dancing is wailing fists and legs, doing crazy moves like tornado kicks and such to the music.[/quote]
Looks like the “dancing” is more like a “I’m going to swing and kick so nobody will come near me because I’m a large vagina and bruise easily” whereas a circle pit everyone slams into everyone else, if people get knocked down, others help them back up-it’s really a friendly atmosphere if you take away the violent smashing

was the guy in the first vid intentionally hurting people? my friends and i ‘remove’ these dickbags

The whole mosh pit thing sort of devolved into a bunch of assholes just taking cheap shots at anyone in arms distance. Where else can you sucker punch someone and call it “dancing”?

So why not just call it what it really is? Just an excuse to blind side someone, then think you’re all bad ass because you sucker punched some guy and got away with it?

Moshpits are fun and I agree with inkaddict that is an friendly atmosphere most of the time but hardcore “dancing” just seems retarted to me somehow.

I’m talking “Richard Simmons lying belly-down on a pink shag carpet, playfully fluttering his legs in the air as he seductively licks a lollipop while listening to the 1950’s song ‘Lollipop’” gay.

Two-stepping, circle/mosh pits and hardcore dancing are all fucking retarded. But once some dude unknowingly hits you what else can you do but get fucking pissed and join in?

Ive only been to one concert so far (I’m definitely planning on going to more). It was at the Big E ( a huge fair/exposition thing). There were security guards everywhere…anytime a mosh pit started or a girl ripped her top off the guards would vault the barrier and tackle them. I spent a lot of time initiating crowd surfing because I was huge compared to most of the guys. We lifted up one guy… 6’3 245lbs and he made it all the way. We lifted up his girlfriend… 6’1 probably 200lbs (jeez!) and she got dropped after 10 ft. I felt bad because I convinced her to go…whoops.

Well ive been in both and done both, I think i prefer Hardcore dancing or “2 stepping” than the circle pits.
Both can have people intentionally trying to hurt each other…I don’t that and my friends don’t either. Usually people find space to do their own thing then back up and let someone else go. Its lik taking turns…punching wildly and kicking is just a way of expression to the music. Its not everyone’s cup of tea. 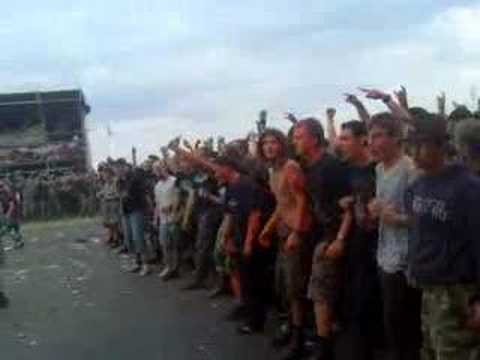 I was not saying there is an age limit to going to shows or concerts. But after awhile does it not get sad spin kicking a 15 year old girl on accident at the age of 23 or something. I still go to shows and played in bands…heck my best friend in college is the singer in August Burns Red, who you posted a video of. We did that shit at every show.