At my first meet I weighed in at exactly 198. I am currently about 4 weeks out from my next meet, and am sitting at a bodyweight of ~205lbs, down from ~210. But I am 23, so this is the last year that I can compete in the Juniors (until next May), and I am wondering if its worth trying to cut to stay at 198 for this and any other meets until then. I managed to place in the Juniors at my first meet despite my shitty lifts, so I am thinking I might have a good shot at placing again. I carry a lot of body fat, though; is it worth being a fatty for 8 months if it helps me be the strongest Junior at the meets?

You didn’t tell us when your upcoming meet is, so we can’t really help you out here.

EDIT: Nevermind, I see that it is in four weeks. I could personally cut 7 pounds of water weight in a week, but there is a big variation between lifters, especially if they’ve never done it before.

Regardless, I’m in the camp that there really isn’t that much reason to be fat. Powerlifting is not about absolute strength; it is about strength relative to bodyweight. This is why we have weight classes, master/elite rankings, all sorts of coefficient formulas, etc. Even if your numbers stay the same or go down a bit, if you cut enough weight, you will have a better coefficient and thus have a better chance at winning a best lifter award.

Of course, I myself need to drop some fat as well, but I’m enjoying my last few months as a fatty before I go to Basic and lose all my gainz. I have kept my weight closer to where it needs to be, though. Hopefully with a couple of diet tweaks, I can walk around below 198 without any strength loss.

EDIT: Note that I’m talking about cutting fat, not cutting water weight short-term for a meet. I can cut 8 pounds in a week no problem, but that is much different from cutting fat over a period of several months.

I am 4 weeks out, meet is the end of next month.

I could drop the weight pretty easy, but dropping weight does shitty things to my lifts and recovery.

Was thinking about the coefficient and Best Lift stuff, but my best lifts might be a possible 500 DL and maybe a 400 squat, not sure how thats gonna stack up for anything, assuming I even get close to those #'s

If you cut weight intelligently it shouldn’t affect you that bad. Cutting water weight is all about rehydrating and replacing glycogen stores, and dropping fat slowly is just a matter of doing it slowly and eating clean. 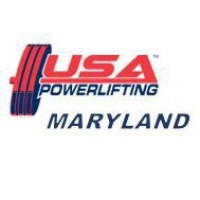 That Page has Moved or Is No Longer Available

I have read that before. I am currently using carb backloading to try to mitigate some fat gain, last time I tried to lose weight I used carb cycling not eat past being full, dropped 13lbs in a month and a half but also lost 30lbs on my squat.

Well I have been thinking about it like non-stop for a few days now and I have decided to fuck the weight classes and just compete at whatever weight I am when I get there. I dont think I seriously have a chance at winning in a weight class, but I think I have a good chance at winning in the Juniors so thats what I am going to focus on. After my spring meet(s) next year I will think about leaning out, until them I am gonna plow ahead with training.

If you lost 13 pounds in one month on a normal diet, you did something very wrong.

[quote]black_angus1 wrote:
If you lost 13 pounds in one month on a normal diet, you did something very wrong.[/quote]

And I finally figured out that Juniors still has weight classes. I am surprised no one posted that by now. Also it currently appears that there is only one person in the 198 Juniors, none in the 220. Knowing this kind of ruins my sense of competitiveness…