Classic Physique and My Back Tat

Hi there new to the forum. I’m a classic physique competitor who qualified for NPC Nats next year and I have a tattoo not very big and rectangular on my rhomboids. 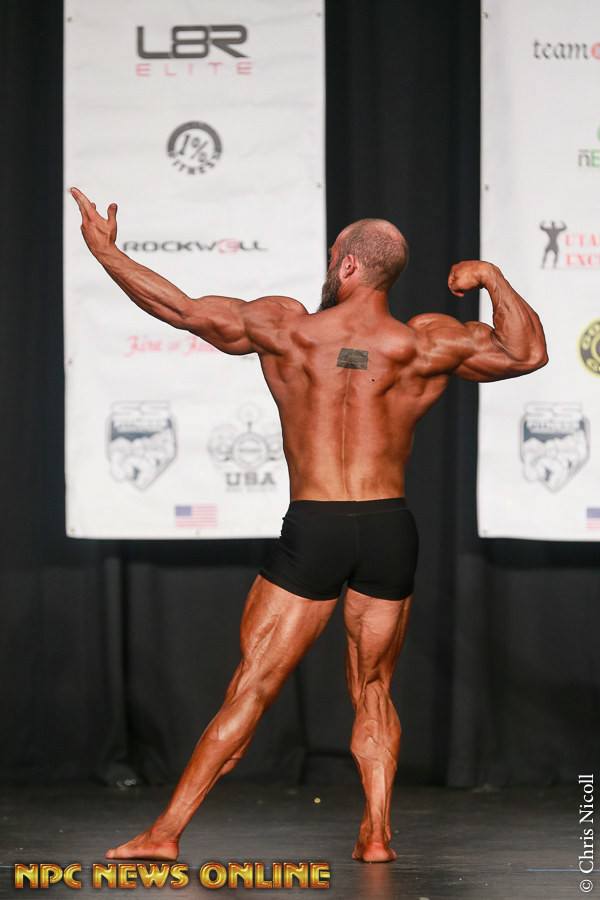 I talked with a reputable tattoo removal doctor and he said it would be at least 10-12 sessions which I believe Nats is in June? So that would give me at least the faded appearance that can be covered. I don’t necessarily want to remove it but if it docks me points I do. What do you guys think? Thanks for any comments.

Great shot man, you look awesome. I’m not sure what NPC’s regulations are on different tanning methods and products, but typically show tans do a good job of covering tattoos. What tan did you use for this show?

Just looking at the pic, it’s not a huge tattoo so I don’t think it’s an eye sore by any means. But, it is centered on your back and my eyes are drawn to it. It’s not a huge distraction, but it may take focus away from the rest of the shot, like your delts and bis, solid hamstrings and calves.

Do you know if it’ll result in a penalty if it’s visible? If you’re not sure, check the rule book, or see if you can find an email address on the NPC website, or maybe the show organizer or something, to ask about it.

Thanks for the compliment. I couldn’t find any specific rules about it so I don’t think it’s technically an issue. I see others with bicep tats and chest tats. Hmmm I need to think this one over. It’s not that expensive to remove each session at 125 per session.

Anyways thanks for your viewpoint I’ve had 0 coaching and was always wondering what others thought. Maybe I can get ahold of a judge on the topic if I’m lucky. I should start the sessions now if I’m going to do it as I probably should have 1-2 months of healing before the show.

I can’t see something so relatively small as an issue. It certainly doesn’t obscure anything, which I would think is the issue in term of whether it will hurt your scoring or not. I’ve certainly never scored any competitors down as long as I could see what I need to ascertain a fair assessment of their physique.

agreed with what’s being said, even though I’m not a competitive bodybuilder. The tattoo is tiny. Doesn’t detract from your look or distort the appearance of your physique. I’ve seen much more substantial tattoos on show winners. Should be fine.

Thanks for the responses!