In my never ending quest to find a root cause for my low T issues at 34, I was reading a journal article a few days ago about Celiac disease now being linked to low tesosterone in men. I just wanted to pass on the info to other guys out there who might be suffering from gut issues. I don’t think I’ve seen anybody discuss it here, and thought it should be added to the list of possible things to check for when you find out you have Low T!

I haven’t got my doc to test me for Celiac disease yet, but I’m now trying a gluten-free diet for 2 weeks to see if it makes me feel any better. Going to discuss it with my doctor on Wednesday also.

Here’s a thread about it on another forum: 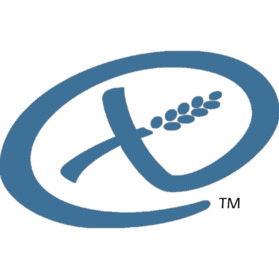 A couple years ago, I was diagnosed with low testosterone. As with many things medical it wasnt quite low enough to treat, but at the time I had the testosterone level of an 80 year old. (Im 46) I went round and round with my HMO trying to convince...

A link to a thread on the study:

Celiac's Can Cause Infertily And Low Testosterone.

I found this study interesting because I am on HRT at an early age. Although my low testosterone levels could also be genetic as my dads were very low also. Infertility, obstetric and gynaecological problems in coeliac sprue. Sher KS, Jayanthi V,...

And if you have Celiac and Hypogonadism, then you may have this polyglandular disorder that puts you at risk for several other problems like adrenal problems, which a lot of guys here report –

I have Addison’s Disease (sort of the be-all and end-all of “adrenal problems”), celiac, and low T. With this set of nasties you are at higher risk for a variety of other autoimmune disorders (including some really scary ones), and you are at particular risk for Hashimoto’s (autoimmune hypothryoidism). Get off gluten (better yet: go paleo RIGHT NOW TODAY THIS MINUTE – I think anyone facing autoimmune anything is wise to start eating paleo asap) and get thyroid checked regularly.

It sounds like you have polyglandular autoimmune (PGA) syndrome

Short of it: avoid processed foods, focus on whole foods, meat (somewhat sparingly), nuts, fruits, and vegetables. The idea is to eat in a similar fashion to pre-structured-civilization humans, e.g. those of the paleolithic era. The theory (which may be fairly sound) is that humans evolved to suit this diet, as it’s what is generally available in the easily habitable climates, and that our modern diet of processed food high in carbohydrates and additives is unhealthy (which it certainly is).

It sounds like you have polyglandular autoimmune (PGA) syndrome[/quote]

I do not, and I’m doing all I can not to have it. I have Addison’s, and that in turn was probably caused by undiagnosed/untreated celiac, which I’ve probably had since I was a little kid. Low T can be an Addison’s thing, though it isn’t always – your adrenals make some T. In many men the testes compensate. But they don’t always compensate enough, and as we age we end up needing extra.

Paleo: See above. My gf calls it the “all meat and produce diet”, which is pretty accurate. It changes lives – many people see allergies fade and chronic conditions they didn’t quite realize they had go into remission – and it’s very good for anyone dealing with autoimmune stuff. (It’s big in both the Crossfit and the multiple sclerosis communities, which gives you some idea of the scope of the effects.) If I were a doc, I’d refuse to even listen to anyone talking about “adrenal fatigue” unless they had been eating a junk-free diet for at least a few weeks. See these sites for much more good info:

http://robbwolf.com/ (Robb is great. Get his book.)
http://www.marksdailyapple.com/ (Mark calls his approach “primal” and is a bit more permissive than some paleo folks. Still works very well for most.)

I have had numerous guys which have been on TRT or were headed for TRT by standard endocronologist but did not feel it was right. After proper evaluation of nutrition and several other factors, it was not untill we addressed the gut and liver issue till they finally started to feel better. We have even had a few guys that were on TRT came off now are completely fine after proper healing of the gut occurred. It may take longer but the end result was well worth it. NO more TRT. As a side benefit more money in their pocket each month !!

Hardasnails – I’m curious how you guys are able to get men to start producing their own T again once they come off the TRT. I thought the TRT basically screws up your system so that you can never really come off of it. Is there a way you jumpstart the male body, or does it usually just start working again as you ween off of the TRT slowly, or do you cut it off cold turkey?

Learning way too much about yet another disease that we want nothing to do with! My test is scheduled for about 1 more week out.

every case is different so one needs to look for why the levels are low and certain factors have to be properly examined. It is not that easy of a process, but the procedure by which is used has greatly increased a person success rate by using clincal backing to help guide the therapy.

VERY interesting… my grandfather died of ALS, and celiac runs in families… food for thought, and I’m glad I got off gluten at age 42.