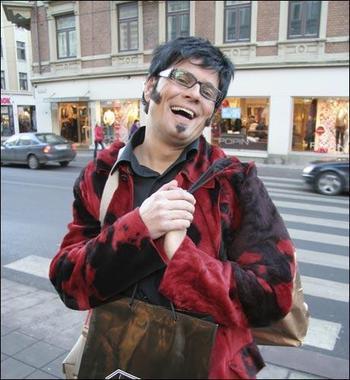 So i was reading a few studies, and i read that people who see they’re favourite football team win get a little increase in T-levels. This confirm how advanced our body is. I was just wondering, in theory, if a guy who act like a total jackass, fucks up everyone, say whatever he wants etc will have increased t-levels compared to if he was a metrosexual girly guy, dressing in pink and afraid to death just thinking about getting dirt on his hands?

It’s a pretty interesting topic, since you hear all the time how Testosterone levels in men keeps decreasing while the feminism become more and more popular. Some scientist even prognose that a lot of men are going to be sterile in the future. Ok, i guess something got to do with what they are putting in our food and everything else we consume, but it gotta have something to do with how you behave, right?

Does anyone have something to share about this topic?

I don’t know why you equate acting like a douche to give you high t levels. Having people not being able to stand you is NOT going to help!

But definitely lifestyle has a big aspect. If you’re a sedentary, heavy smoker and drinker who eats crap only when he’s hungry, then you’re going to be much lower on the t scale than if he exercised with heavy weights 3 times a week, didn’t smoke, drank moderately and ate healthy food regularly.

I don’t know if your thoughts and behaviour have too much to do with it. I’m sure there are some gay guys out there who are as camp as anything, but still have decent levels because they live a healthy lifestyle.

But i wouldn’t be that surprised if there was a link as well. I’m sure being a nervous person would definitely increase your cortisol production for one, so it stands to reason that it could effect your other hormones as well.

Hopefully someone else with some concrete knowledge will weigh in.

I don’t drink. Maybe it gives me an edge.

Maybe people are metrosexuals because of their low t levels not the other way around.

[quote]duncanidaho wrote:
Maybe people are metrosexuals because of their low t levels not the other way around.[/quote]

Is your Avatar a Mishima thing or what?..

Since when does homosexuality = low T?

There are some pretty jacked gay guys.