I’ve searched the internet and have been unable to find a method to accurately measure lean body mass.

I’m curious to know what my lean body mass is so I know how much fat I have left to lose. Does anyone know of any accurate methods? thanks.

Your question was ignored…because it implies you don’t understand some pretty basic info.

There’s such a vast amount of uncertainty and error with any method, outside of DEXA which generally can’t be done, that really only rough estimations can be made.

Skinfold measurements, which still really don’t necessarily accurately figure total bodyfat, are about as good a way to go as any though.

One thing that may help is that even if the calculated total figure is wrong or uncertain, changes are very meaningful and accurately track percent progress.

While a given site may not change “linearly” – that is to say that for example cutting the measurement at a single site in half may not mean cutting total bodyfat in half, and a millimeter of loss from one value may be a different number of lb of fat lost than a millimeter lost from another value – the response of the total of skinfolds is pretty linear.

So if for example your total of 3-point skinfolds was say 60 mm, and now it is 50, roughly speaking you’ve lost 1/6 of your fat. And when it gets to 30 mm, you’ve lost about half your total fat, etc.

This provides a reasonable means of estimating how much has been accomplished vs how much there is to go, even where the calculated figure for bodyfat may not be right at any point of the process due to inherent unreliability of the method. 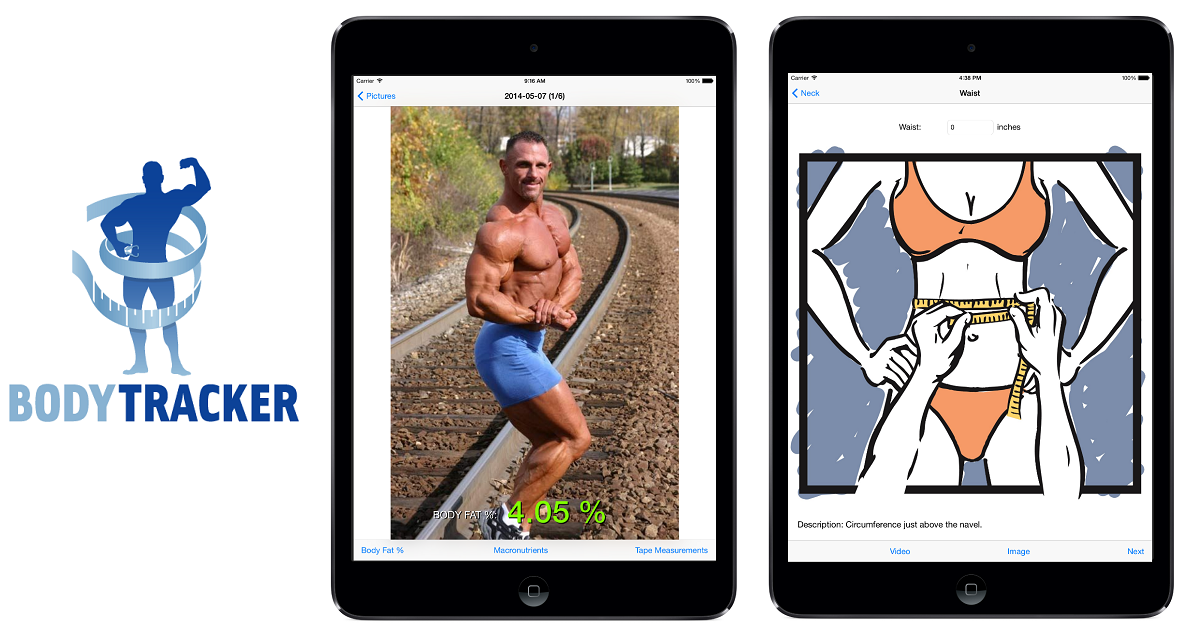 We make software to calculate your body fat percentage, save tape measurements, macronutrients, associate pictures with body stats as you lose weight

That link allows you to calculate using either a tape measure or calipers.

These digital calipers make it very easy to measure and track body fat.

is there one of those methods that are more reliable than others,
i understand there are a lot of variables but very frustrating when my these different methods give a range from 13.8 - 30.8 % BF
ok, one can use the relative differnce over time
but this makes it difficult to know the starting LBM and therefore protein requirments depending on which diet one is doing