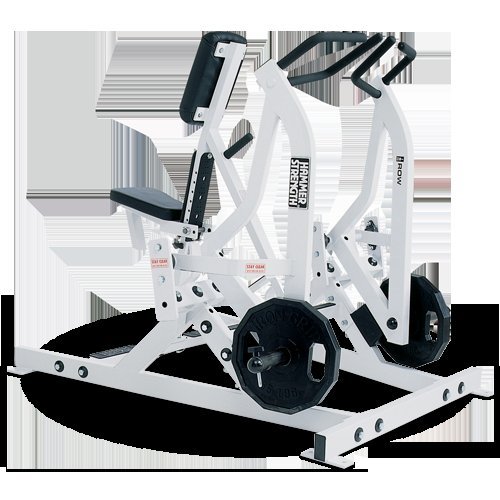 I’m doing the Neanderthal No More program,
Are barbell hip thrusts a decent replacement for cable pull through?

I was going to ask if that Hammer strength row machine is a sub for a T bar row since my gym doesnt have a T bar.

Those seem like fine adjustments. And I Prefer the hammer row to most row machines.

I’m not familiar with the program, but sumo deads are closer than hip thrusts.

For the t-bar, I would put an olympic bar in a corner, and lift it with a v-grip attachment.

Thanks for the recommendations. The program is geared toward correcting posture problems from muscle imbalances and the pull throughs are supposed to be a glute-centric accessory, I think sumo deads might be overkill for that purpose. The particular day starts with heavy front squats followed by a “walking lunge and DB Bulgarian split squat iso hold superset”, then would come the pull throughs. I was thinking that if I could sub in hip thrusts I could do the workout at home, but then I remembered I don’t have squat stands and probably can’t powerclean my max front squat.