Brothers, Your Support is Needed!

American women are preparing for protests this weekend against laws which allow men to remove their shirts in public, but treat women who do the same as guilty of misdemeanour.

The action will take place on Sunday 23 August when, according to the gotopless website, “topless women will rally in great numbers across the USA to protest this gross inequality in the law and will demand that they be granted the fundamental right to be topless where men already enjoy that right according to the 14th amendment of the Constitution”.
Click here to find out more!

The event is timed to coincide with the month in which the US constitution was amended to grant women the right to vote, and while bound to cause some amusement, there are grave stories behind it… 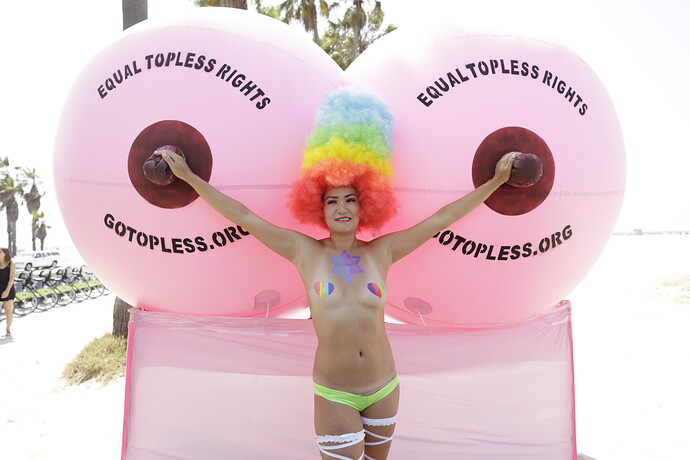 Gotopless claims that women have the same constitutional right that men have to go bare-chested in public.

They had one years ago in Ontario and the only women that showed up were skanks with enough armpit hair to knit a sweater…no babes at all.

Go and film it for us across the pond, ok?

If it was about the ass or vag I’d be a total supporter. I just cannot get enthused about breasts. My calling is for the liberation of all vajayjays from 17 to 49 years of age. I have hopes of making a bottomless law soon, which will prohibit the wearing of pants by women. Works are embedded in the HealthCare reform bill currently.

Also, aiming at a lapdance act We are hoping to close that up within the next few years

wow If my last replay shows up, I saw you were from England but failed to notice ‘American Women’.

Dammit, Atlanta’s not a supporting city!!!

I’m not against boobies (pun intended), but I think there are more important things to raise awareness off … they might want to raise money for Breast Cancer or something equally as oppressive as DEATH and DESTRUCTION of dem titties.

[quote]Stuntman Mike wrote:
wow If my last replay shows up, I saw you were from England but failed to notice ‘American Women’.

Your first reply did make me wonder if you’d misread it.

I look forward to the film

YES. Sunday, Central Park here I come! Anyone else in New York want to join in?

its hard not to support it…

[quote]LiveFromThe781 wrote:
its hard not to support it…

HAHAHAHA propaganda if I ever saw some. 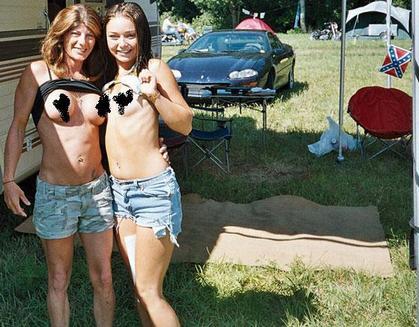 yeah, we just had one of those here in alabama. problem was, pops gave out the wrong directions so nobody came, so i just took a pic of my mom and sis.

Refund gap on the left.
Woah.

She’s got some hawt abz, though. Must be the vodka/cigarette diet.

She’s got some hawt abz, though. Must be the vodka/cigarette diet.[/quote]

where do you think i get my genetics from

i say let there be tits.