From what I have read this morning, this was a classic heavyweight fight. Perhaps AFN will do a replay. Anybody get a chance to watch it? 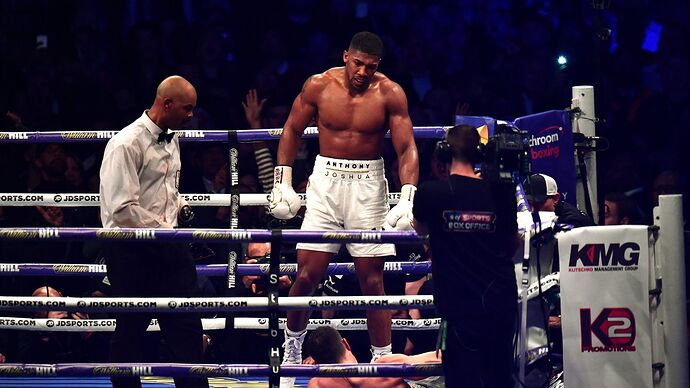 Mookie Alexander recaps Anthony Joshua vs. Wladimir Klitschko, which saw Joshua win a classic over Klitschko by 11th round TKO.

Yeah it was a good fight. Klitschko should have finished him instead of giving him four rounds to recover.

Yeah epic fight, Klitschko had very good movement but got eye cut midway that got pretty bad. Took a hyuuge uppercut in final round and somehow managed to get up -one tough SOB.

Joshua is a monster.

Insane KO from 7 punch combo -like a computer game!..
https://www.instagram.com/p/BUZ6imWgUWK/?taken-by=worldstar

I saw the PAC/Horn fight, good God what a horrible decision. Get a little blood on your face (from a fucking headbutt!) and the judges turn into MMA experts, because we all know that whoever is bloodier loses the cage fight.