Hey man, this video is listed as private so we can’t view it

Should work in a few minutes 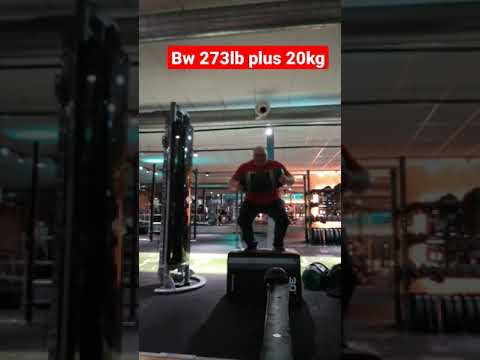 Can u see it now, sorry to bump?

You appear to have made it onto the box without falling, form is good.

Jokes aside, I’m no pro when it comes to plyo training but the point of the box jump is to practice being explosive (which you’re doing well) while having a soft landing. You’re kind of stomping the landing out on the box. It may or may not matter at all but that’s the first thing that stood out to me.

You might consider taking an extra second prior to your subsequent jumps rather than rush through them too. Remember, a tool to train explosiveness, you shouldn’t necessarily be worried about moving fast from step down to next jump. It’s all about maximum power generation on that initial leap. If you get high enough you can almost float down to the box and catch yourself in a soft quarter squat.

Thanks for the reply. I am not making the jump with very much to clear…I can’t do 30 inch box i.e. the other way around. There is no in-between box to add so I used the mats . I wanted to show I dont need to tuck the knees to make the jump.
I might use a shorter platform to practice soft landings. I made a jump with 20 kg onto the 24 inch box which looked much the same as this one.

I did think I made a very slight countermovement watching it back.

I tend to get very sore after the jumps in the trap area. The jumps mixed in with bicep curls took 30 minutes. They took quite a lot out of me too which was not the aim.

You might consider taking an extra second prior to your subsequent jumps rather than rush through them too. Remember, a tool to train explosiveness, you shouldn’t necessarily be worried about moving fast from step down to next jump

This would have been my $0.02. If you notice on that second rep, you’re moving so quickly to get off the box that your right leg has to absorb your landing.

The 20kg video won’t show for me, but I’d be careful adding external load to these at this point. I don’t see a ton of potential benefit, and I do see injury risk.

Great job on the jumping! It’s fun and I think will help your body composition goals. There’s just something about moving our body in space that forces the body to dump excess weight. 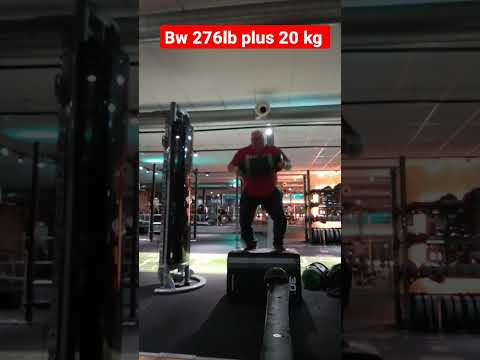 I think it works now.
Thank you for the analysis. I will stop doing the loaded variations.

I saw it!
Something you can try as you get comfortable and work your way up, when you want to add load (which, honestly, most athletes never get to), is to drop it on the way up so you have to overcome it on the jump but you don’t land with it.

Thanks. That’s clever . I have enough load already lol.

It’s just so difficult to land anyway, so now to try to control your body, plus external load that’s in it for itself, and it’s additional weight that has an exponential impact on your joints like you pointed out… no reason to take your knees and back out of the game when you need them for your conditioning work.

You appear to have made it onto the box without falling, form is good.

Thats pretty much the summary

My 2c on the discussion RE weighted jumps:

Therefore, assuming you’re doing jumps to be more athletic and have better general fitness, and assuming you already do strength training, loaded jumps are not going to add much value for you. Stick with unloaded variations, because it’s more likely to address one of your weaknesses.

Thanks (4gga2 ).It looks like I’ll be doing unweighted jumps from now on. I just needed to get a way to raise the box a little.

No need, focus instead on trying to land “like a pencil” (feet, knees, hips, shoulders and head all in a vertical line)