The latest target of eco-mentalists and their control freak ideologue, Marxist Mayor of London Ken Livingstone, is bottled water, as a drive to shame consumers into drinking fluoridated tap water to limit their “carbon footprint” gets underway.

Despite the fact that bottled water is responsible for just 0.03 percent of Britainï¿½??s total carbon emissions, the article quotes advocates of the campaign spouting their usual fearmongering fare in claiming that this new evil is “disastrous for the planet”.

Of course later on down the line, when any pretense of common sense is jettisoned and a total ban on bottled water is pushed, a nice little bonus for our masters will be the fact that we will all forced to drink compulsorily fluoridated tap water, complete with its lovely side-effects of lowered IQ, thyroid disorders and cancer. 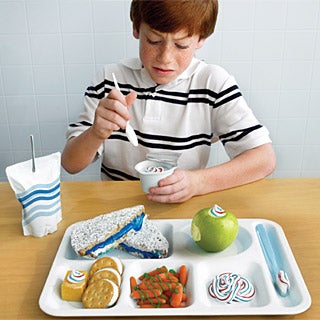 Perhaps we should also ban tea flown in from India, as well as coffee from Kenya - hell why not just ban every liquid in the name of reducing our carbon footprint. We can always drink our own urine, we do have a responsibility to recycle after all.

Recall that it was the same idiots who now frown on bottled water that fawned over the introduction of re-usable shopping bags, made by slaves and transported all the way from China in CO2 belching jet airliners.

At the same time that China, the biggest emitter of carbon dioxide in the world, currently experiences its coldest winter for 100 years,
http://uk.reuters.com/article/homepageCrisis/idUKPEK161570.CH.242020080204
and Saudi Arabia reels under an unprecedented cold snap that has residents scared to venture outdoors,
http://en.rian.ru/world/20080220/99684389.html
we are lectured about our lifestyles at a greater intensity than ever before in the name of preventing global warming.

If you remain unconvinced that this latest obsession of the climate change cult isnï¿½??t just the latest hoax foisted on us by power mad hucksters hell bent on micro-managing every aspect of our existence from cradle to grave - consider the source.

Mayor Livingstone, who is an admitted Socialist, was recently embroiled in controversy after it emerged that his most senior aides were members of a secret Marxist cell that “Plotted to turn London into a ï¿½??socialist city state,” according to a London Times report.

“The advisers, who include the mayorï¿½??s chief of staff and his principal economic adviser, have refused to say whether they remain members of the secretive group Socialist Action, whose members greet each other using codenames.”

The fact that Livingstoneï¿½??s political grounding is in the command and control tyranny of Marxism will no come as a surprise to Londoners who have been forced to labor under his control freak policies for years, and his crusade against bottled water marks another chapter in the blitzkrieg against common sense while real environmental problems are ignored.

Will people who drive SUV:s and drink Gatorade (thick plastic bottle) be arrested by the eco-police soon? I’m taking my bike today.

Don’t use too much tread.

Don’t use too much tread.

[quote]dk44 wrote:
Don’t use too much tread.

It already deflated, you animalistic southener.

Who gives a shit…it’s England