So I need some honest opinions. I have gone trhough something like 5 blenders inn the past year and a half -two years. Either burning thir motors up or the container starts to leak around the blade seal.

So I have been thinking about saying screw it and ordering a Vita Mix 5000 blender. It will cover all the bases, allows me to make nut butters and such. Say the damn thing will even cook soup. LOL

I just want to be assured that this thing will last as long as they say it will, and if it doesnt how is thier customer service on thier warranty. Just that near $500 for a blender is a SHIT POT. I would want this to be the last damn blender I EVER buy.

Anyone with experience with one of these PLEASE chime in.

I have a Kitchen Aid and it is very powerful. However, it isn’t hard to burn the motor out if you leave it on too long with something thick.

Don’t get me wrong, the motor is very powerful and will cut through almost anything you can put in the jar. Ice, milk, yogurt, frozen berries, protein powder, etc. isn’t even a challenge. But if you leave it churning on something thick for an extended period of time it will overheat and burn itself out.

I have one I need to return under warranty to get that fixed. I’ll see what their service is like when I get around to that. They were on sale, and I already bought extra jars and stuff, so I just bought a spare. I figure I can burn one out every now and then, switch to the other while waiting for return, then when I burn that one out, do the switch again. It’s not cheap, but it’s a helluva lot less than $500.

It’s fairly easy to keep from burning the motor out if you know you need to watch for it. Just don’t let it run for an extended period of time and you should be fine.

I cracked my blender’s jug so I just use a food processor now. Hasn’t done me wrong yet.

… and forget about blending nice thick smoothies with ice, yogurt, frozen berries, and protein powder in them.

michaelv might have the same blender as the one I have in mind that I used to own.

It is also a KitchenAid, but it has a glass jar and is solidly made. I’ve tried using cheaper blenders, but they never stand up to much of a pounding. It’s worth it to drop a c-note and be done with it.

Yes, that’s the one. I actually bought my first one from Sur La Table (similar to William’s Sonoma, except even more chef-specialty). I bought the second one on sale at Fred Meyer. Fred Meyer didn’t carry the nice stainless steel one, but they had the other models.

Since I use the thing once or more per day, I ordered extra jars with lids, blades, bottoms from here:

Find a restaraunt store in your area. get a proffesional grade blender, just look up restaraunt supply. I got a great one for $100 and the thing is a trooper it’s the same one my gym and the restaraunt where I work uses. Its a Warring(sp?, not at home can’t check). It’s a beast and will blend pretty much anything.

I just bought one. I found this helpful: 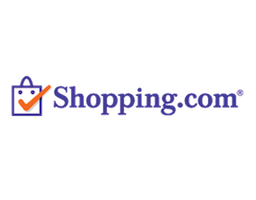 Shopping.com is a leading price comparison site that allows you shop online for the best deals and lowest prices. You can read unbiased product reviews and compare prices online. Online shopping has never been as easy!

Got myself a nice Cuisinart one from Bed,Bath,and Beyond and it hasnt failed me yet. And believe me it goes through some serious duty. Thats around 4-5 shakes a day, between school and work its a lifesaver.
J

If you buy the Vita Mix with both the “wet” and “dry” containers, you can also grind grains, coffee, etc. It is expensive though. I think I paid about $400 for mine, although I don’t remember the exact price because it was about 10 years ago… you get what you pay for.

You may laugh at this, but I bought the Silver Bullet blender because it is the perfect size for a single shake, and because if you buy it from the infomercial site you get two bases so I have one for work and one for home. I’ve had it since Christmas, so I can’t give much of a testimony concerning its long-term durability, but it mixes up a great shake.

It’s not much good for chopping – it rather made a paste of an onion and a pepper the two times I tried it, using the flat blade – but it’s perfect for shakes, in my opinion.

[quote]biggieben wrote:
Find a restaraunt store in your area. get a proffesional grade blender, just look up restaraunt supply. I got a great one for $100 and the thing is a trooper it’s the same one my gym and the restaraunt where I work uses. Its a Warring(sp?, not at home can’t check). It’s a beast and will blend pretty much anything. [/quote]

A book (I should say THE BOOK) I have on sauce making recommends them. Sauces by James Peterson I believe.

Thanks guys, still pondering this and doing some searching.

Just dont know if I can drop that cash right now on a Vita Mix.

It looks cool and with being back at school and making all moms food and such the blender get one hell of a w/o.

I will make a choice befor long I suppose. Thanks for all the input.

Vita-Mix
Is it really the king of blenders?

If you’ve ever ordered a smoothie at a juice bar or coffeehouse, it was probably made in a Vita-Mix. With a powerful motor and a price tag of about $400, the Vita-Mix is both the ultimate blender and a trophy appliance for any well-equipped kitchen. But how does this souped-up blender compare with the $40 Osterizer, which came out on top in the magazine’s testing of blenders? We set up a strenuous course of blending exercises to see just what these machines could do.

The results showed the clear advantage of the 2-horsepower motor that drives the Vita-Mix. The Vita-Mix quickly ground 4 cups of roasted peanuts into 2 cups of smooth peanut butter, while the Osterizer choked, its 0.6-horsepower motor spewing out fumes as it produced only finely chopped peanuts. With the Vita-Mix, we were able to blend 1 pound of whole frozen strawberries along with 2 cups ice, 1/2 cup sugar, and 1 cup half-and-half into soft-serve ice cream. The blades of the Osterzier simply got stuck and refused to cut anything. Both machines were able to produce fine crumbs from several slices of bread, but only the 249-mile-per-hour blade tips of the Vita-Mix could produce hot fondue from cold ingredients in a mere four minutes.

To put the Vita-Mix’s superior capabilities into perspective, consider that the average food processor runs at 1 horsepower, a chainsaw at 3 to 4 horsepower, and a push lawn mower at 4 to 6 horsepower. The Osterizer simply didn’t have enough power to compete in the tough tests we had designed. But, then again, the Osterizer costs a tenth of what the Vita-Mix costs, and it works just fine when making smoothies and handling other tasks you expect of a (mere mortal) blender.

The Oster blender they refer to is the Oster Designer 12-Speed Osterizer Blender, Model 6663

Here’s what they looked for that’d be useful for us (I don’t think we care how well they do pesto, do we?):

SMOOTHIES: We combined 1 1/2 cups semifrozen mango chunks (thawed at
room temperature for 1 hour), 1 cup orange juice, 1/2 cup strained berry puree, and 1/2 cup plain yogurt and set the blender on high speed, usually called liquefy for 30 seconds. Blenders that produced a fine, smooth puree that left little or no pulp in a strainer when passed through it were rated good; somewhat coarser purees that left noticeable pulp in a strainer were rated fair; and those which produced a very coarse, bulky puree that left noticeable chunks of fruit in
the strainer were rated poor.

FROZEN DRINKS: We combined one semifrozen 10-ounce can of frozen drink
mix (thawed at room temperature for 90 minutes) and 10 ounces of water, added three cups of ice cubes, and then set the blender on high speed for 40 sec-
onds. Blenders that produced a smooth, even slush that passed through a strainer completely were rated good; if the drink was acceptably smooth but left small granules of ice in a strainer, the blender was rated fair; and if the drink l eft any large
chunks of ice or whole cubes in the strainer, the blender was rated poor.

The only thing the Oster didn’t do best was crush ice - the Krups and Cusinart were best for that. They also said it’s noisy.

Yeah, for quality, your two best choices are probably the Waring and the Kitchen-Aid (for under $400 that is).

I would consider the Bosch MMB2000 Blender. It has a Glass Jar, it’s pretty powerful and it has a continuously variable speed dial.

I got one several months ago (at Fry’s, new, for $99), put it through A LOT of abuse (lots of ice and frozen fruit, among other things) and it’s still like new.

And yes, I can testify it blends EXTREMELY well – it’s by far the best blender I’ve ever owned, and I’ve had a Vita-mix before…

Has anyone ever used on of those old
“Cafe Met-rx” Blender’s?

How do they work?

I use my $15 Wal-Mart one for everything. The only thing it had trouble with was drained cottage cheese. I’ve had it for almost a year

FYI, I forgot to mention in my previous post, I was really surprised that out of the blenders they tested, the KitchenAid was LAST?! I have one currently, but then again, I burned out the motor on one making sorbet. I called up KitchenAid and they replaced the unit, even though it was out of warranty, so I certainly can’t kick.