This is sure to ruffle the feathers of the blind ideological posters on this site.

Yeah. For profit media… What a sham! We should move straight to state run media like Russia and China have. Works for them.

Good thing that wheat belly guy isn’t making any profits, or we couldn’t trust him either.

Did you not see the mass wave of hand wringing over Martin Shkreli upping his drug prices? I’ve read 3 pieces on medical billing in the mainstream press in the past year. They never make the front page because people are stupid and those stories are boring. Not because drug companies own the media.

Hahaha wow, what a beautiful quote:

“Yet real health is achievable easily, inexpensively, and quickly, without drugs, without doctors, without hospitals.”

Next time I’m sick I’ll keep that in mind. Antibiotics are for wimps.

YES, a new Zeppelin thread! My week was looking pretty boring, but not now…

I knew it wouldn’t be long before the appearance of the resident idiot savant.

I will chalk this up to sheer stupidity as ignorance implies you just don’t know. However, you have the inability to comprehend what is actually going on.

Wheatbellyblog, lol, what the fuck.

You need to quit being a sheep.

Your world view is shaped by YouTube videos and blog posts. Could you be any more of a laughing stock? Doubtful.

That wheat thing has kind of passed once it was made clear that having a trendy allergy is a huge symptom of affluenza.

If Dr. Quackington wants to stay relevant he’s going to have to come up with some new shit, like for real.

He can start with “Does you feces smell like poop?” and build from there until he has a big following of people looking for a solution for why their poop smells like crap.

If Dr. Quackington wants to stay relevant he’s going to have to come up with some new shit, like for real.

He can start with “Does you feces smell like poop?” and build from there until he has a big following of people looking for a solution for why their poop smells like crap

The average human being should pass about twelve inches of well-formed, not foul smelling, fluffy, easy to pass, light brown, earthy-smelling stool per day… 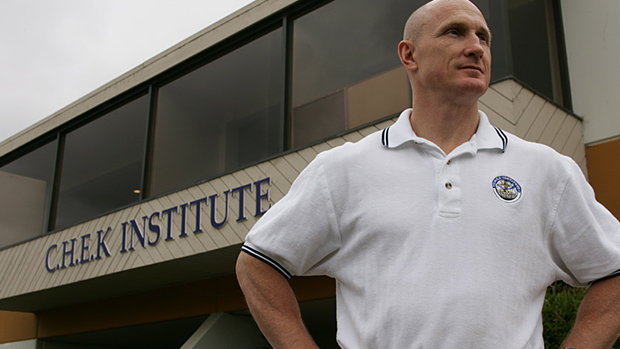 T Nation talks to influential strength coach Paul Chek. It got weird fast. Check it out.

@Zeppelin795 Genuine curiosity here, how is it that there are massive amounts of studies saying one thing about something (insert vaccines, big pharma, essential oils) saying that they do or do not work or this is how they work, with a tiny caveat in the fine print saying, “There may be a few side affects related to these life saving treatments/drugs, but they are so small that for the greater good of humanity it is worth the risk.” and you latch onto the small chance of that side effect being the absolute truth. Why does the fact that it (or a doctor with a blog who may or may not have any credibility with his peers) has so little scientific backing (or it has been out right discredited by real docs) mean so little to you personally?

I remember that one!

Take away message- Paul Check knows his shit! (and for a small fee, he’ll get to know yours too!)

That article was the second best thing I’ve read on T Nation.

Personal highlight was: “I have to have them do enemas usually first thing in the morning”

Closely followed by:
“I could tell by the smell of them … which of them were eating correctly and which ones weren’t.”
“Can you communicate with plants?”

Kellogg was way ahead of him on that front. Yogurt enemas anyone?