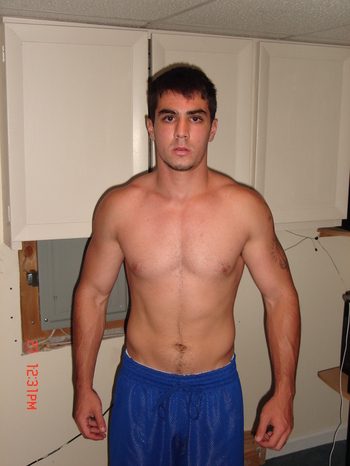 hey guys, my body has changed alot in just 2 months…before this i was chubbier and not as muscular, but i weight exactly the same…

im not sure whether to bulk or maintain 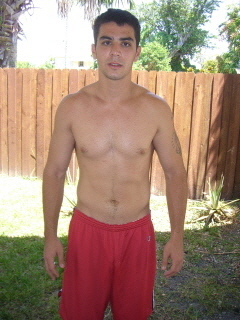 heres the before pic

I agree, don’t expect a big change in two months, there are noticable differences though. I’d say your arms look the most different.

id say the changes are fairly noticeable but its always a bit difficult, i notice alot of before pics are from further away and after pics are closer up.
This most likely happens subconciously but the effect is that the after pic appears bigger.

however, you look to have made some solid gains i would say. well done.

Did you outline yourself in the after pic?

LoL, no i didnt, just came out like that…

There is definately NOT a big difference.

You are the exact same weight.

What has happened is that you are experiencing a muscle volume ‘pump’ since you workout.

If you drink 5 glasses of milk a day, eat a ton of protein, and spread it over every 3 hours a day and continue to workout, then you may experience the BUILDING of new muscle.

Good job on getting started.

that will come in november…

could be the lighting but your arms and shoulders in the new pic look just a little bit bigger, so keep it up

Bulk for sure. There’s a chance you might even lose that fat you have while bulking if your diet is good.

hmmmmm. there are some chages.
if your goal is to hit 200 lbs.
join the club