I’ve been leeching off the good advice from everyone on this site for a good 2 years. thanks for every bit of advice as i have taken it into mind and applied it to my lifting. I have come to the decision that I’m going to throw a rack in my garage with a bench and a few extras. Only thing is i need to find a good rack that would have a dip bar / pullup bar with it. If anyone can help me out, it would be greatly appreciated.

If you’ve got the money, go with the EliteFTS. Odds are you won’t be sorry.

And odds are you won’t have the money for it.

i searched ebay for a while and found a company out of iowa with a bodysolid rack for 280/240 and free shipping. regular power rack with pullup bar, good pin spacing.

the dip bar i am going to make by buying curved metal pipe from home depot and putting it into the wholes when it is time to dip.

great rack and cheap. no problems in terms of stability and took about an hour to assemble

if you have more questsions ask

I have had New York Barbells recommended to me on several occasions by members on here. Definitely less expensive than Elite, but everyone who has one sings its praises (but yeah… I would love one from Elite myself).

[quote]WolBarret wrote:
And odds are you won’t have the money for it.[/quote]

LOL, probably right, but they do sell first rate stuff over there if he does.

Edit:
I REALLY want one of these:
http://www.newyorkbarbells.com/8010pr.html

Jamie Eason’s…If she is willing to sell…

yea i checked out elitefts before i posted and as a college student working only part time i dont have the funds for it. was checking out newyorkbarbell but thanks for the responses. how would one insert a homemade dip bar into the rack? because i had that idea but dont know how to make it work. thanks again.

i bought this one for 280 at a different site.

for dips, search for the poor mans thread. there are pics there of how someone inserted plumbing pipe with inserts into the holes.

Screw buying a brand new one off of a site…if you fish through www.craigslist.com I’m sure that you can find a person in your area selling a barely used one or one in very good condition for a fraction of the cost that you’d pay online.

I’ve used that site to buy many things, and it’s never failed me. You can negotiate prices, check it out before you buy it, and best of all not have to pay a couple hundred bucks for shipping (although you’ll need something big enough to transport all of the pieces). Try that. 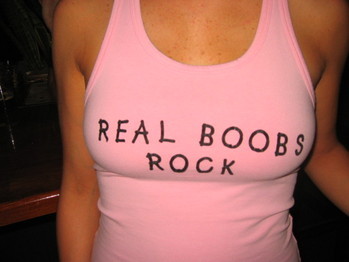 I was thinking these racks were the best to buy.

yea i was checking craigslist as well. had some good stuff from their pics but i would def. need to see it in person before i thought about buying it. thanks again for the feed back. Have to clean out a disaster for a garage before i put in that but ill be done in a week. can’t wait.

I got mine at Play it Again Sports. I got the whole shottin match weights and all for around $500. I love it, I forgot the make , but it’s made of steal so I ain’t worried about it. EliteFTS is the shit, but you don’t need it unless you are doing some mammoth weight.

[quote]WolBarret wrote:
And odds are you won’t have the money for it.[/quote]

Haha, that shit is pretty pricey.

[quote]pat36 wrote:
I got mine at Play it Again Sports. I got the whole shottin match weights and all for around $500. I love it, I forgot the make , but it’s made of steal so I ain’t worried about it. EliteFTS is the shit, but you don’t need it unless you are doing some mammoth weight.[/quote]

Used is the way to go. I got my rack, flat/incline/decline bench, and 300 lb barbell set for $130 used. The rack is a little short but it works for me for now. I hang a used heavy bag (cost me $20) from the rack’s chin-up bar. And I have medicine balls made from used basketballs that I got for $1 each and filled with pebbles and duct taped shut.