Hey, I am curious what are the best drugs to use as an elite boxer? I’d love if someone would have time to make a list and explain them and what they do, that’d be awesome!

None. That would be cheating.

best drugs to use as an elite boxer

When I was training boxing, testosterone and heavy squats/deadlifts really made a difference in my punching power. My sparring partner was an older guy on TRT, so kinda evened out.

I was never fighting, just enjoyed boxing for my cardio. Don’t break the rules of your sport

A majority of the top combat athletes are using insulin at least post training if not more often. HGH aswell as it is essentially undetectable. What else they use is dependent on the needs of the athlete and what organization they fight in. In a more strict organization where USADA is at play, as much testosterone is they can get away with without being at the 3:1 test:epitest cut off. (Unless you’re well funded and can hire a chemist to derive your test from animal sources, in that case you have free reign to use as much test as you want). Using anything else requires an understanding of the pharmacokinetics and clearance times to avoid detection, and balancing the risk-reward of potential detection. Turinabol is a very good anabolic for improving overall work capacity and energy systems, without too much weight gain. Stanozolol has even less weight gain associated with it and is a good choice if the athlete lacks force production, as it is a DHT derivative and thus promotes motor learning and neurological strength. In the European MMA scene Anadrol is very very common, but typically at lower doses like 25mg ED, it is great at driving red blood cell production, and won’t cause too much weight gain at that dosage. Plus it’s a good anabolic overall. Like I said, there is no best drug, it all comes down to what you’re lacking as an athlete. You might already have a good hematology profile and have no need for anadrol, maybe your opponent is bigger than you so you want to have additional body weight, in that case you might go for something more retentive like nandralone or Dianabol. Tren, halo, and cheque drops are common in the weeks leading into a fight to transiently increase aggression. Tren can be problematic due to cardiovascular issues, so typically halo is used for that purpose. There is also the use of pain killers, opioids, and stimulants pre contest but that’s not a topic I know enough about to go into detail

If you’re in a tested federation then you’ll get caught. If you’re doing this for fun and not a paycheck then doping while fighting other weekend warriors is a massive dbag move.

None. That would be cheating.

There’s high level MMA federations that dont do any testing, KSW in Europe for example. Not sure about boxing as I don’t follow it closely. This is an unpopular opinion however I think the idea of drug testing is immoral and that anti doping organizations should be abolished. Just about every high level athlete is doping, and athletes have to use more dangerous protocols to bypass testing. Organizations like WADA and USADA are really just smoke and mirrors for the public, they selectively catch a few athletes to make it seem like they are effective but in reality they are practically telling people to cheat, by the ways their rules are written. It’s just within certain parameters, ie the Testosterone to Epitestosterone ratio. Supposedly anti doping agencies are for the safety of athletes but if that were the case they would do health marker tests and not drug testing lol. Went off on a huge tangent but that’s my opinion on that

You sir, deserve a crown!

Yeah and I would totally disagree. But hey different strokes for different folks.

Yeah… sure the tinfoil hat theories

Well the rest of his theory I don’t completely agree with, but I think given the use in MLB, NFL, even the NBA, teammates making comments about each other, the 3:1 T:eT limit, every once in a while someone gets popped, takes his suspension or fine, then goes about his career. And they keep the money machine going.

Look at all the athletes now a days that are aging like fine wine, reaching their peak in their 30s, and being back in action from an ACL tear in the same time frame that mortal “joe average” would still be in a wheel chair. There’s only one way to be better than your own biology…and that’s to change it

Look at all the athletes now a days that are aging like fine wine, reaching their peak in their 30s, and being back in action from an ACL tear in the same time frame that mortal “joe average” would still be in a wheel chair.

As a lifetime natural athlete that had his ACL rupture (along with a meniscus tear) during a yoke walk, I’ll say that any Joe Average that has any portion of their ACL recovery include wheelchair time went to a TERRIBLE surgeon.

I won my comeback strongman competition a year post op. I was cleared to train heavy at 5 months and 22 days and, in truth, was already training well before that.

This isn’t to say steroids don’t help, but there’s also something to be said about how medical science has come a long way AND a lifetime of being an athlete tends to put you on different footing than Joe Average irrespective of chemical assistance. The muscles in my legs could basically “fake” an ACL while the graft healed, which did an excellent job of pissing off my physical therapy team.

As a lifetime natural athlete

Do you look as good as you do in your avatar year round? Or is this after a weight cut?

As to athletics… I am generally of the opinion 99.9% of those within the top of their field (pro/world champ level) with regards to athleticism are on or have previously used some sort of PED. This doesn’t have to be AAS, this can encompass amphetamines, beta blockers, beta 2 agonists, peptides/HGH/insulin, erythropoietin and more.

Is it morally right (in my opinion)? Ehh… Ehhhhh… Ehhhhhhhhhhhhh, grey area. It certainly doesn’t keep me awake at night.

Do you look as good as you do in your avatar year round? Or is this after a weight cut?

This is after a weight cut, but I’ve also maintained this for the past 7 months. I’m actually TRYING to put on some bodyfat, because I’m experiencing some negatives from being so lean, but it’s been a bit of a struggle.

I am more than certain that people who make their livelihoods through use of their body will use any means to ensure their success. I know I would. I just wanted to have a specific discussion on the ACL aspect. Sometimes people just write off everything as being a result of drugs, when really, drugs just HELP something that was already there. In a similar sentiment, 100% of pros may be on drugs, but 100% of those pros would also smoke 100% of the population if everyone was natural too, because these cats tend to just have that “something” that us average dudes can’t compare with.

but 100% of those pros would also smoke 100% of the population if everyone was natural too,

Generally agreed, though with bodybuilding I’d tend to disagree on occasion; though there’s no point getting into semantics. In some instances otherwise seemingly average looking men/women respond very well to drugs and blow up on very low dosages.

This doesn’t correlate to athletic performance though, this is bodybuilding/muscle size.

In some instances otherwise seemingly average looking men/women respond very well to drugs and blow up on very low dosages.

Often it turns out that the very low dosages were much much higher than claimed. I watched Leverone talk about his use, and it was pedestrian. Then I watched him have a discussion with Plambo who was his coach, and he got into compounds and dosages, and they were a lot higher than the self reported dosages from the first video.

I’m actually TRYING to put on some bodyfat 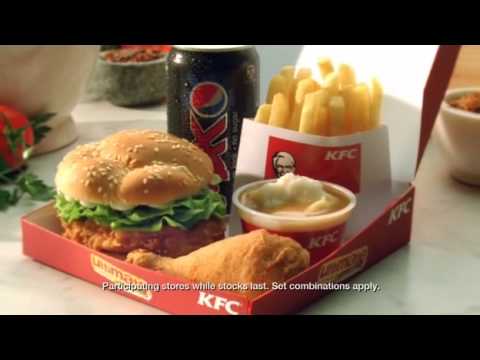 I’ve found the most eloquent of solutions

I could totally go for some KFC… It’s been about a month.

Generally agreed, though with bodybuilding I’d tend to disagree on occasion

because I’m experiencing some negatives from being so lean

How much can you lift whilst retaining a low BF%?