We are not 12 and your not typing into a cell phone.

Food works real well, when you actually eat enough of it. Oh yeah, lift weights too…

heard this shit really gives a great pump, its been known to make some people a little lethargic though…

[quote]Game_over wrote:
heard this shit really gives a great pump, its been known to make some people a little lethargic though…[/quote]

If you feel lethargic, then just double the dose. I got mad gains from it.

paint thinner is good for cutting

I prefer extenZe. That gets me pretty swole downstairs.

I like battery acid,it really helps cut the fat away.

I’m pretty sure the battery acid cuts away just about everything. Skin, hair, bones, flesh, etc.

lmao@Gopher-be-gone!! as if that stuff exists! roflmao!

[quote] JJ wrote:
lmao@Gopher-be-gone!! as if that stuff exists! roflmao![/quote]

I have that actually. I think it’s generic name is called a 12 gauge. 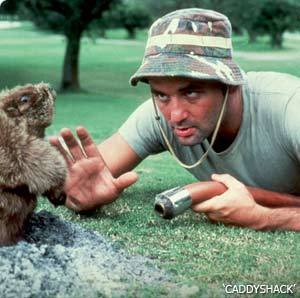 So I jump ship in Hong Kong and make my way over to Tibet, and I get on as a looper at a course over in the Himalayas. A looper, you know, a caddy, a looper, a jock. So, I tell them Iï¿½??m a pro jock, and who do you think they give me?

The Dalai Lama, himself. Twelfth son of the Lama. The flowing robes, the grace, baldï¿½?ï¿½ striking. So, Iï¿½??m on the first tee with him. I give him the driver.

He hauls off and whacks one - big hitter, the Lama - long, into a ten-thousand foot crevasse, right at the base of this glacier. Do you know what the Lama says? Gunga galungaï¿½?ï¿½ gunga, gunga-galunga. So we finish the eighteenth and heï¿½??s gonna stiff me.

…license to kill gophers at will…granted to me by the government of the united nations…lol funny shit.

where’ve you been slag?