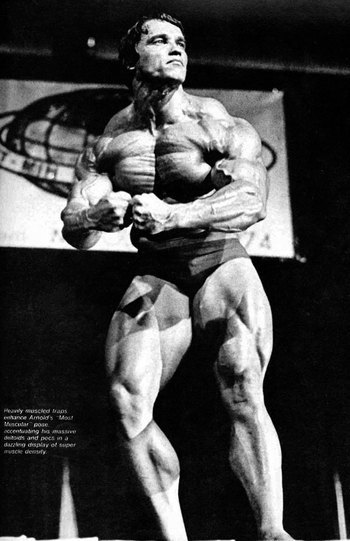 350×541 37.9 KB
Ok, I was wandering around teh interWeb and I came across this pic of Arnie. This is, for me at least, one of the best ‘most muscular’ poses in existence. His face looks relatively relaxed, he looks monstrous, and maybe almost elegant. Just had to post it up.

What are some of you guys’ favorite most muscular poses? Post pics if you got 'em. 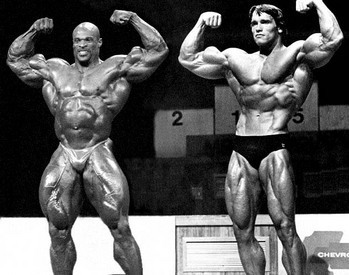 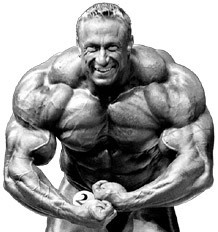 For the most muscular pose, ya can’t forget RUUUUUUHL 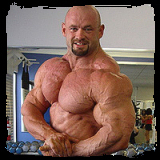 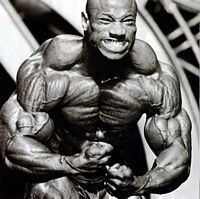 Not usually a fan of the mass monsters, but that Ruhl pic looks fantastic. Looks like he was carved from a block of stone. Nice.

Also, I’d like to point out in my OP how not-so-small are Arnold’s legs. They’re pretty sizeable from that picture. I know people like to criticize his leg development on occasion because his upper body is so imposing. But really his legs are pretty doggone proportionate. Not as wide as many, but that’s not the same thing. Just sayin’.

Yeah, it’s not quite the modern X-frame, but Arnold looked fantastic.

His legs look better than some of the monsters that I see these days. I’m not a big fan of the huuuuge guys.

In the above pics of Ronnie and Arnold, I’ve got to say that Arnold looks much better than Ronnie in every way. No disrespect to Ronnie, but there is such a thing as toooo big. I see no difference between his legs and those clowns that shoot up their biceps. Yeah, there big…but they look like crap.

Also, Arnold’s much more defined in his waist and lat area overall. He looks like he was chisled out of stone whereas Ronnie just looks like someone shoved an air hose up his arse and inflated him past the max pressure.

Here’s another one. The Myth himself.

Also, the skimpy thongs that Ronnie and the men of today wear look like complete shit. The wide banded briefs Arnold has on are much more masculine.