Best Combo Of Size And Aesthetics?

Ok,… so the recent discussion of Phil Heath talking a bit dismissively about the Classic competitors got me thinking,… Sure some MPD guys are tiny (some however are pretty damn big!), and sure, the Classic Division guys don’t weigh as much as an open competitor, but not all of the “smaller” division athletes are tiny.

So if you had to list your favorite competitors, who not only brought an aesthetic sense of symmetry, but also an unquestionable amount of size, who would be on it?

-Lee Haney (the first true monster IMO, but never a questionable aesthetic)
-Bob Paris (not many people realize how large he actually was at the end of his career!)

I can add a few other names, but admittedly as we get closer to the 90’s, some of the ranges of “acceptable” mid sections (as compared to upper and lower bodies), might be a point of contention.

Bob Paris is an excellent choice, hard to beat that.

I also loved Serge Nubret’s in pumping iron. I remember thinking the first time I watched that movie, ‘wait why are we not talking about this guy? He looks better than all those other guys!’

And lastly, Simeon Panda. The dude’s shoulder to waist ratio, and his huge chest, are insane.

Kinda funny that I’ve got a few ‘fake natty’s’ on here. They seem to have the most appealing physiques though.

I don’t think you can beat Bob Paris for this list of people. I completely concur.

And I 1000% (yes, that’s one thousand percent!) agree with Flip’s choice of Serge Nubret. I had the same thought the first few time’s I saw Pumping Iron.

I’d add Tom Platz to the list with the only caveat to aesthetics being that his legs outsized his upper body.

Bob paris is a very good shout indeed. Hard to top that. Just balanced all around.

I’ll always rate Arnolds physique, as a kid was seeing his films that got me into the gym.

Came up on my IG feed: 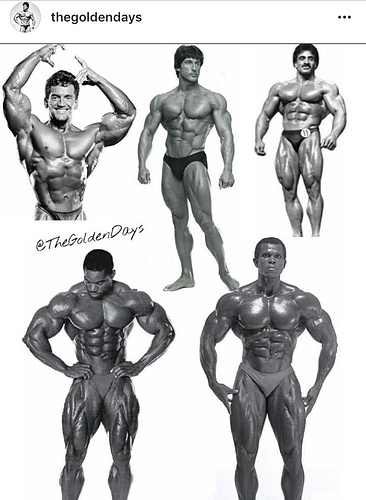 Another vote for Bob Paris. 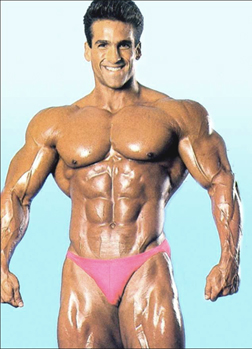 Danny Padilla, the original “Giant Killer,” standing 5’2”. Not just because we’re both short either! Great combo of size and aesthetics, especially being so short, his thickness and proportions are comparable to those much heavier and taller than he is. As he got older I think some of that classic look was lost, but still damn impressive. 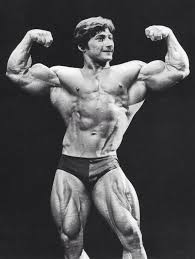 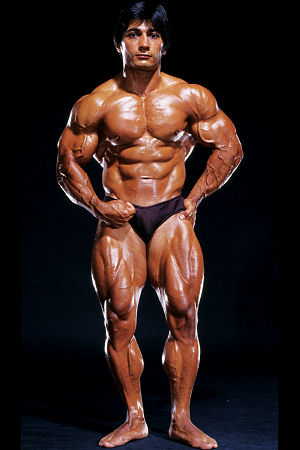 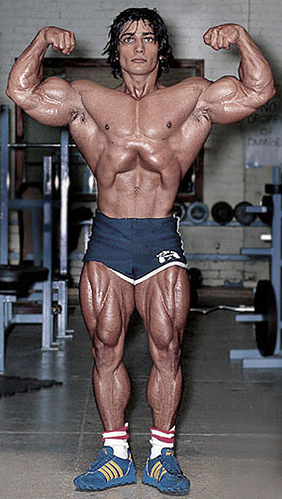 Vince Taylor. If judging standards had drifted one way he could have beaten Yates in ‘92 and taken things in another direction. How about Steve Davis?
(I guess he was not big. I remember reading in Arnold’s Encyclopedia that he dropped from 260 to 156).

Dillet squashes Clairemont, and holds his own against Labrada. 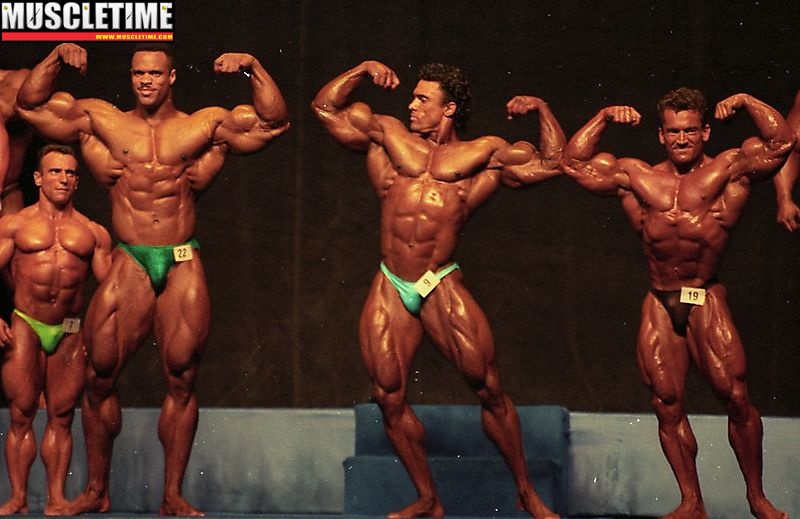 When he could get it together and didn’t, like, almost die, he was such an awesome freak. 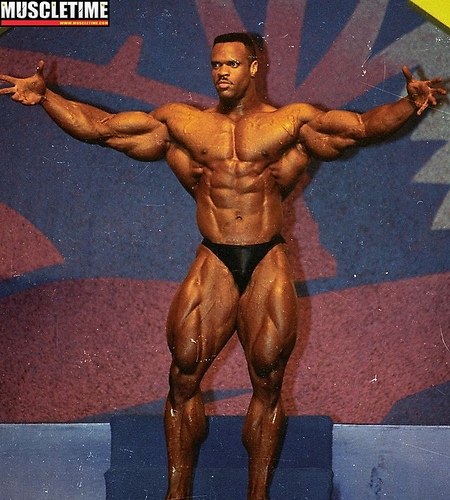 Gunter is another easy choice when we’re talking about size and aesthetics. To paraphrase a Jedi muppet, “When 300 pounds you are onstage, look as aesthetic, most do not”… 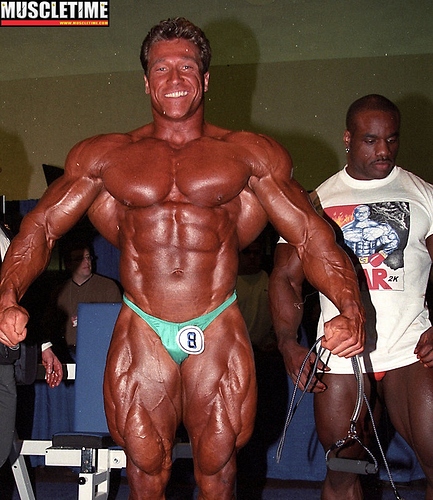 Frank Zane. Too lazy to find a pic but you all know what he looks like.

Best physique ever, in my opinion.

Vince Taylor was a very good one! I remember one year, him and Levrone on the European Grand Prix, just alternating who would win and who would take 2nd on each successive shot. That was the first time I seriously took notice of just how good he was! And for a top 10 guy in the 90’s, he maintained a very good X-frame look despite his size.

Some of the taller more recent guys I have been big and aesthetic. I was always a big fan of tony freeman, and I still love ced’s physique.

definitely agree on ced. he’s put together a really great package a few times. It seems like this thread has mostly favored guys on the smaller side, but in terms of the high level competitors of today, I think Ced probably fits this bill the best.

And stu, glad you mentioned Samir, I had intended to in my first post and inadvertently left him out. Awesome physique.

Was going to say Frank but at 1.75m tall, I feel he lacks on the size.

@Chris_Colucci went the entire opposite way and posted some of the bigger monsters of the past! I blame him for the current state of bodybuilding

Chris_Colucci went the entire opposite way and posted some of the bigger monsters of the past! I blame him for the current state of bodybuilding

Ha, I was just answering the original question: “So if you had to list your favorite competitors, who not only brought an aesthetic sense of symmetry, but also an unquestionable amount of size, who would be on it?”

I figure the biggest dudes like Gunter and Dillet are better representations of that than Kovacs, Ferrigno, or Nasser (sorry, Brick). 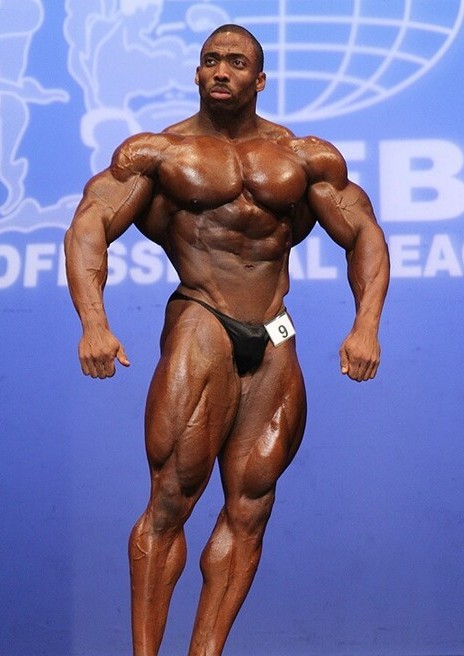 At the time of Lee Haney’s reign I always thought he was too big, and a little blocky especially in the waist compared to his competition. I did prefer the Paris look, Labrada, or Francis Benfatto.
In comparison to todays mass monsters, Lee Haney looked like a polished diamond, with a narrow waist. In hindsight I probably should have given him more credit at the time.
By the end of his career, Bob Paris had started to use HGH and it detracted from his shoulder the waist ratio, he looked much better a little smaller, with a steroids only physique.

Francis Benfatto would have to be at the top of all time favourite physiques. Perfect development.(yes he does have a slightly large head compared with the rest of his body, and he is short) No body is truly perfect, not even the very best.

Maybe a little small though at 195lb