I know its extremely stereotypical to be worried with max bench. But it just so happens its my problem area of my 3 core lifts. This has always been the case for me. Ive mixed up my workouts time and time again and cant seem to keep solid gains on bench press. Im 4 weeks out from a competition and my pr is 265. Any suggestions for maximizing my gains would be greatly appreciated.

Whats your squat and deadlift?

We have four weeks until comp.

Unless you’re having technique issues, don’t expect to put 30 pounds on in 3 weeks. We also don’t know your nutrition (are you cutting down to a weight class?), your previous training history (are you doing west-side now? what’s your assistance like? How are you (de)loading? what movements are you doing?), your weaknesses or strengths (delts, tri’s, upper back, lats, lockout, off the chest), etc. 265 for 195 @ 17 y/o isn’t bad. What are your other lifts? What equipment do you have available? Are you using bands and chains in your speed work? Are you doing speed work?

Help us help you. Give us information. You don’t want some broad cookie-cutter bench program, do you? That being said, keep benching? 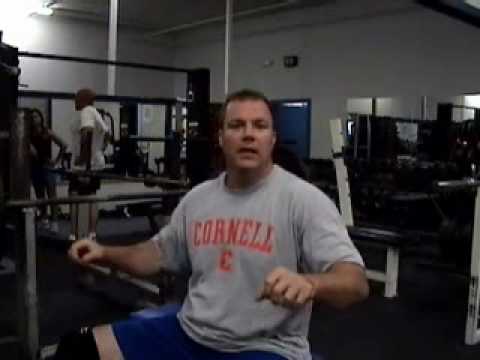 watch these and eat

I am competing 198 and i compete raw. Dead lift:510 Squat:410. This is a nasa competition being held the 27th and 28th of February. And my explosion off of the chest is fairly decent my sticking point is about 2-4 inches off. And i think i would blame that on my delts. Ive always had weak shoulder. And i know i cant expect much gaining in the time i have left but a 1200 total is better than a 1195 total anyday right?

What are you doing for your delts? What’s worked well in the past?

to be honest nothing i have done for my delts has ever given them great improvement. I feel that my shoulder workouts are very basic which could be the problem. Exercises i almost always have in my delt workouts are

Military press:(usually in the lower range of reps) 8,8,6
Some form of front raises such as plate raises or dumbbells(higher rep) 10,10,8
Dumbbell shoulder press (mixture of reps) 12,10,8,6

and the rest of the exercises i use vary. Do you think i should modify my rep range at all or could their be any type of different exercise that might help?

i agree. 4 weeks out the best thing to do to get your bench up would be pounding out technique

i agree. 4 weeks out the best thing to do to get your bench up would be pounding out technique[/quote]

so by that do you mean i should do some singles or just maybe some very slow perfect reps?

after watching these videos i completely agree. Work with technique will definitely get me further than anything else right now. thanks. 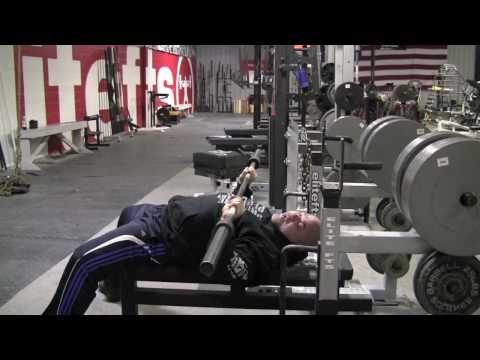 I Agree with the technique says as well. That dave tate video really helped me out. I set up just like that now and feel 10x better and more secure on my bench.

Over the summer I was doing OHP and bench the whole time and only increased my 1RM 10lbs. From sept to dec I stopped OHP and hit my 1RM for an EASY triple. It’s not apples to apples, but I know that I could easily hit my 1RM+20lbs now.

Good luck at your meet.

For anyone who did bench press some way other than described in the dave tate video, when you started to lift with the form he used did your weight go up/down or stay the same initially? Using his style I got a few less reps with the same weight so decided to not to use it. Compared to other lifts my bench is not weak so trying variations for it was not a big priority.

I practiced with this form today and lost reps also. But i felt like i had much more power and explosion.

Often when you change your exercise technique, even if the technique improves you will initially be weaker. Usually this corrects itself pretty quickly. Occassionally the change will expose a weakness you didn’t know you had previously.