Beliefs You Have That No One Suspects You Have

What opinions or beliefs do you have that no one suspects you have?

ESPECIALLY with the kind of people here in T Nation, your gym buddies who see you regularly.

Self replicating nano-bots about the size of our own mitochondria with collective but artificial intelligence have contaminated virtually all of our food sources, and have replaced most of them.

That being accomplished, they are also slowly, at a cellular level, replacing us. There is no telling at this point how much or how many of us are even left.

And what’s the basis of this belief of yours? lmao

When I made this thread, I was expecting simple stuff. Like, “The pagan gods are real” or “Muscle is overrated”.

And what’s the basis of this belief of yours?

Well a lot of people, when you open them up, the stuff doesn’t really run out. It squiggles and tries to lay really flat against floor. Then on fibrous surfaces it sneaks in and tries to hide. Won’t come out.

That’s how you can tell.

“The pagan gods are real”

And these are the two extremes of T Nation

I just want you to know I legit laughed out loud. Made my night

I never said I believed it! That’s why I said “no one suspects you have”. lol.

I never said I believed it!

I know. I’m goofing off about the mitochondrial nano-bots too.

Just having a little fun.

I don’t actually have any unusual or interesting beliefs.

Trump is the greatest president of my lifetime. Tough secret to keep.

Agree. One of my favorite home meals. I am not sure on how good or bad this meal is for me. On one hand mostly hamburger and noodles isn’t terrible. On the other, what is in that packet of “seasoning”.

A belief I have is in the accuracy of Dunning Krueger type things. Many people think they are great, and suck. Many think their training, or diet is on point (they usually say “diet and training is on point”), and then it is questioned, and then the diet or training is posted and it is seen that it is quite far from being “on point”.

Actually, one belief I have that is not always clear or obvious is that most people are inherently good, and very few people are actually truly evil.

“The pagan gods are real”

When I was a kid, and spending much of my time in Greece, in this mystical and magical land, and reading books about mythology, and hearing the stories of my grandfather, I started believing and praying to the old Gods, and my personal favorite was Poseidon.

Growing up made me an atheist, but once in a year when I’m talking in my head to my imaginary friend, I’m still praying to him.

May I offer up the Norse Gods as an alternative?

They’re a lot more fun. Case in point, Dante’s Inferno which is the Christian Hell is more or less a description of Valhalla which is “our” Heaven. Meaning, as long as you change your frame of mind you can live however you want and end up in a really jolly good old place with tons of fighting and fucking. Better die with a sword in hand, and with honor and shit but… Failing that Folkvang might be where you are heading. Also not a bad place.

Helheim doesn’t seem too… fun. But, I don’t think anyone will do a Blood Eagle on you so should be good.

EDIT: I know how rough in the corners this description is but I don’t want to go into full essay mode.

Agreed - the Norse Gods do seem like a fun group.

I read the Viking Death Prayer at my moms funeral, and my little brother asked me how long I had been a pagan. I replied that if you have to choose a religion, at least make it a fun one.

I believe that taking nsaids inhibit growth within a muscle, so I refuse to take advil and the like.

I do this too!

Of course, I love the Norse Gods as well. I mean, why not have the nordic, greek and egyptian Gods all at once ahah? They just ruled over their own kingdoms. I started listening to Black metal when 15, so I started to read about these strange foreigns land that are Scandinavia. The culture, the landscape, everything. It is still my dream to go over there ahah

I replied that if you have to choose a religion, at least make it a fun one.

That’s a great answer ahah. Also the Epicurian trilemma prevents me from believing in an all-powerful, all-good God. And Gods with weaknesses or flaws makes more sense then. 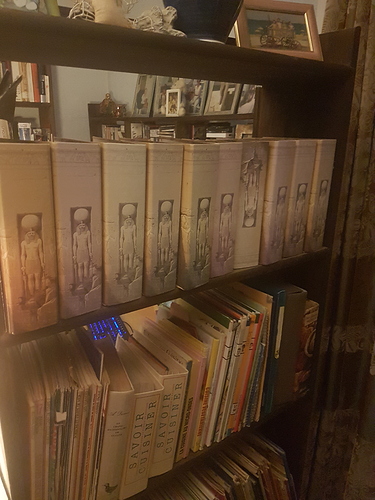 The Black Metal scene in Norway was just mental. Varg Vikernes, geesh. It was somewhat bad here in Gothenburg too, I was talking to some old-timers at a local metal concert in my city that’s a yearly affair about how their friend killed themselves so they broke into his apartment to take pictures with the corpse. I sometimes think what heinouos shit they would’ve engaged in at this day an age where clicks and views inspire people to do dumb enough stuff as it is.