It’s great to be here, I am happy that I had the opportunity to find t-nation; this platform is immensely helpful.

Maybe I can get some help from you guys, it would be greatly appreciated. Here it goes:

I’ve been going to the gym for almost one year already, but I am not seeing any progress yet. I mean yes, my strength increased a bit, I lost some fat, but nothing really to be proud of.

The thing is that I’ve read a lot of articles (from here and from other sources), tried different plans and all that, but to no great success. I need a program that is beneficial to both strength and hypertrophy.

I am really curios about StrongLifts and I would like to get some opinions from you about this beginner’s program. Also, I would need to have a diet plan, but I do not know what to choose between all the options available on the internet.

All being said, I would like to have a workout schedule/program for strength+hypertrophy and a diet plan to help me get to 90 kg (200 lbs) + 20% BF.

Any help from you guys would be greatly appreciated. Thank you. 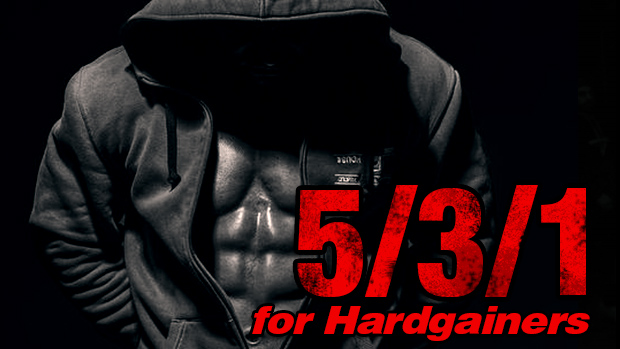 This specialized 5/3/1 template will put size on the most stubborn hardgainer. Just add food and effort. 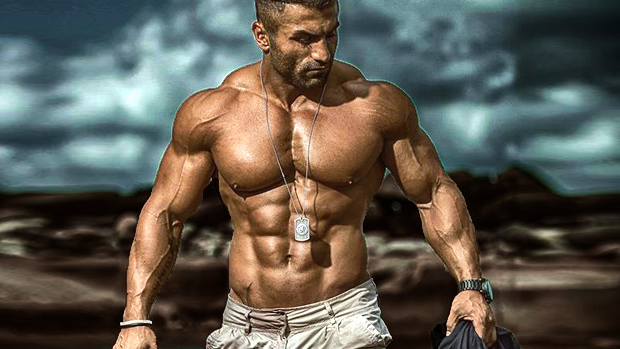 How to Stay Strong When Dieting

Do you lose muscle and get weak when you're trying to get lean? It doesn't have to be that way. Follow these smart guidelines

Since you asked stronglifts is great but your nutrition needs to be in check.

You’re somewhat fixated on frame size. Fuck that and just focus on finding your calories and then eating macros that make sense to you.

Without that, you’ll end up more or less with no progress.

By all means go ahead and start stronglifts. I think it’s great and the companion app is one of the very best on Android/iOS however unless you are eating proper…

So you don’t mention anything on that in your post.

How many calories are you eating?

Why do I feel like Mehdi just unleashed a bunch of shills?

I’m NO Shill but can’t see why it isn’t a completely appropriate program for a beginner.

Is there anything I could possibly say that could convince you otherwise?

Is there anything I could possibly say that could convince you otherwise?

Absolutely yes. I’m always open to hearing opinions.
I know that guys will feel they aren’t getting hypertrophy results while they are at least getting stronger. I can see that as one issue.

Starting off; Mehdi is a hack, plain and simple. By his own admission, he trained for 20 years and accomplished nothing. Then, he “made” Stronglifts, and after like a decade of that he STILL is only squatting in the 400s. Despite all of this, he feels qualified to call himself a coach and sell programming, which would be great, except I don’t know of a single athlete coached by the man. He’s simply an app developer.

The reason I bring this up is because, if you listen to anyone who actually coaches people, none of them advocate training in the way that Mehdi has prescribed for beginner trainees. A true rank novice needs to spend time developing their work capacity and conditioning; essentially getting in shape to be ABLE to train. Once this is developed, a foundation is built with higher reps on basic movements (usually bodyweight, then progressing to machines, dumbbells and barbells), in order to continue developing that work capacity to enable recovery from training along with some basic hypertrophy, coordination/body awareness and strength.

We used to call this “play”. Some folks have taken to call it GPP. Whatever term you use, a great deal of accredited coaches employ this. This is part of a basic accumulation block, which is the necessary building block BEFORE moving onto intensification.

Stronglifts does the opposite, and jumping straight into an intensification phase with zero accumulation or even basic GPP development, nor is there any real plan for it in place. Furthermore, Mehdi’s strategy for overcoming plateaus is via fatigue management rather than increased volume, which is essentially a peaking strategy. For a beginner, this again makes no sense.

What Mehdi is building in stronglfits is the skill of moving maximal poundages on a limited amount of movements. This is the illusion of strength; it is in fact specialization, which is the last thing a beginner trainee needs to engage in. A more suitable plan would be one with a wide variety of movements and rep ranges where strength is broadly built along with size, work capacity, and conditioning.

Shoot. You actually build a great case.
What’s your take on Mark Rippetoe?

I tuned out on him because his claims of GOMAD progress were as ludicrous as anything I ever read on any supplement sales page.

Pretty much just the same idea, right? Or is it a more sound setup?

Shoot. You actually build a great case.
What’s your take on Mark Rippetoe?

I tuned out on him because his claims of GOMAD progress were as ludicrous as anything I ever read on any supplement sales page.

Pretty much just the same idea, right? Or is it a more sound setup?

Just out of curiosity- What do you think Rippetoe said regarding GOMAD?

Just out of curiosity- What do you think Rippetoe said regarding GOMAD?

Not what I THINK he said. It’s what he said in the “marketing” pdf titled “The Novice Effect” where he says a trainee of his gained 55 lbs in 11 weeks.

It’s what he said in the “marketing” pdf titled “The Novice Effect” where he says a trainee of his gained 55 lbs in 11 weeks.

I’m not sure what your actual point of contention is. The kid was 6’1", 160 pounds, 20 years old, and new to training. A tall, underweight, young beginner is the absolute ideal candidate to apply GOMAD and get that kind of progress.

I’d go so far as to say those are probably the only conditions when that drastic level of progress happens, but they’re the kinds of results that have been attached to GOMAD for decades. Definitely on the far end of the bell-curve, but definitely believable in the big picture.