Before and After Boot Camp

I made a post a few months ago asking how much strength I would lose in Marine boot camp. The posters here did a good job of answering my question. I was supposed to ship on March 3rd, but my dumbass got in an accident. Now my ship date is July 21, but I was just told meps is still reviewing my records. I’m fine though. Anyway I’m going to post pics and stats and if I get to boot camp I’ll post my new pics and stats after. 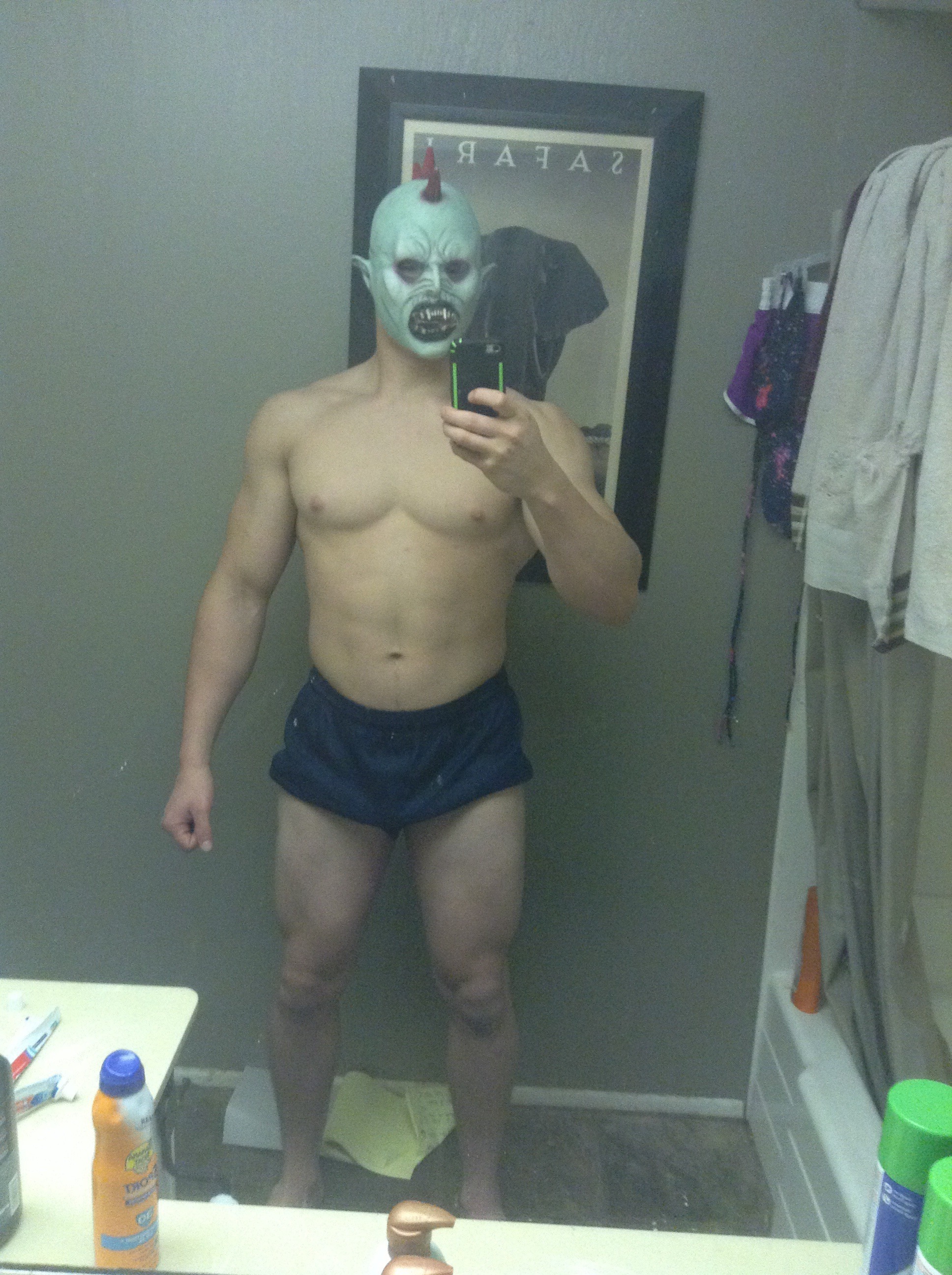 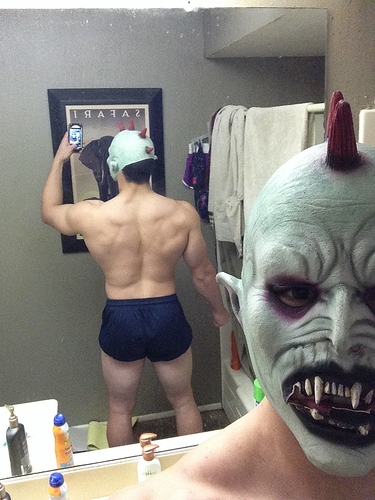 I’ve been lifting and wrestling since I was 14. Im 18 now. I got pretty bad gyno when I was 14, and it looked really bad because I was skinny. That’s honestly what motivated me to read so much about training and nutrition. My nickname is still bitch tits.

You should be fine. I flipped a four wheeler about a week before I went to MEPS and they just kinda shrugged at all the scabs and new scars… It was months before my ship date though.

Numbers are good for boot camp. You’ll lose weight and your deadlift will go down. Your pull-ups will probably stay the same due to the overall fatigue of boot camp offset by the weight loss.

If I were you I’d concentrate on the run. With your stats now you could potentially hit a 300 pft, which will get you a promotion. You’ve gotta hit 3 miles in under 18 minutes though so you’re a bit shy.

If you haven’t already memorize the general orders and rank structure. It’ll make the first couple of weeks easier. You’re SSN too. Make sure you know it before you leave for boot camp you’ll need to know it immediately.

Thanks I’m working on the rank structure and run. Yea I’m pretty sure I’ll be fine-I’m going to a neurologist in 2 weeks because they need to clear me. I hit my head skating and had to go to the hospital, then went again a few weeks later because it kept hutlrting. It’s fine nos though. I think they said it was a minor concussion. I just remember I pissed my pants and my mom freaked out.

You have a rather scary-looking face.

Yeah, I like the idea of wearing a mask instead of blacking it out in photoshop. Hopefully it catches on ha

Were you wearing the mask while you were skating?

Yeah, I like the idea of wearing a mask instead of blacking it out in photoshop. Hopefully it catches on ha

Were you wearing the mask while you were skating?[/quote]

Ha no. maybe it would have protected my head 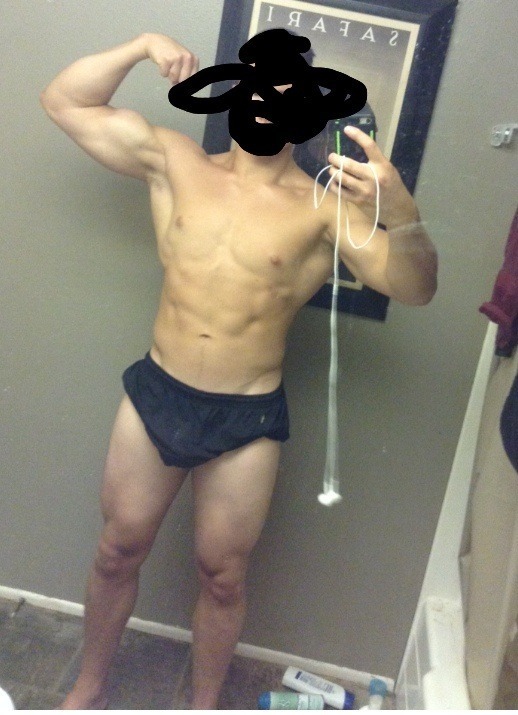 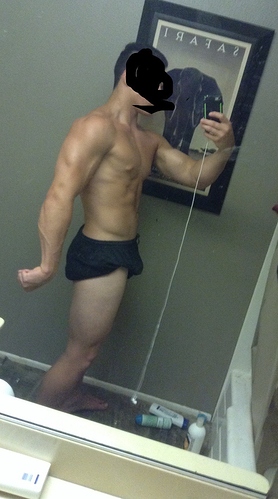 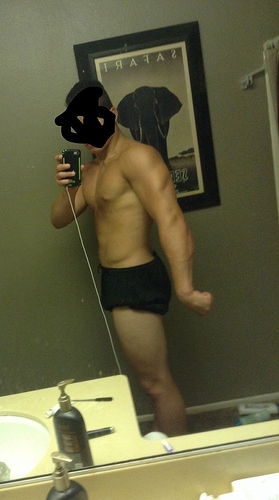 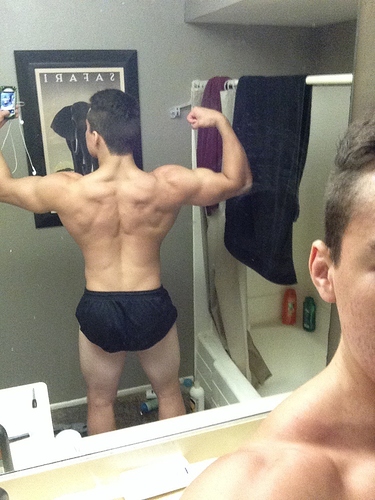 Looking strong bro.
What program are you on? Diet philosophy?

[quote]theBird wrote:
Looking strong bro.
What program are you on? Diet philosophy?

tweet[/quote]
Thanks man! For the past 6 months I’ve only deadlifted, overhead pressed, and glute bridged once a week and with occasional neck work. I run and do pull-ups too. I also only ate 80 to 140 grams of protein a day. When I was trying to get bigger I lifted 4 to 5 days a week. I had pull days that started with dead lifts an squat days that strafed with squats. Legs were always weak so I start all my workouts with them. I trained 3 to 6 reps most of the Time with both heavy weight and light weight. Sometimes I’d 10x10 with squats.wrestling practice 5 days a week. I only are carbs in the morning and peri workout. I ALWAYS ate my body weight in protein. Lots of fat too. Broccoli, whole eggs, cottage cheese, milk, tuna, tomatoes, and creatine is pretty much all I ate for 2years. I went from 135 in the summer going int junior year to 185 my senior year. I got my first gym membership after I graduated, and gained 15 pounds in 6 months. I got rid of my gym membership about 6 months ago and went back to lifting in my room. I also run and do pull-ups.

Rice crispies and whey too when I was gaining.

Eat everything you can or you will lose 20 pounds. I had a former state champion bodybuilder in my company. At the start of boot camp he couldn’t roll his sleeves past his elbows. Poor guy lost something like 35 pounds.

You know, I wish I had thought of this sooner.