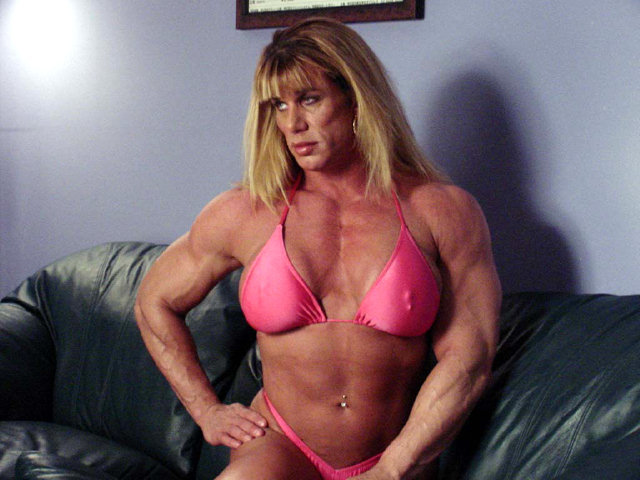 Rumor has it Brad Pitt is going to get really buff for his next role, Conan the Sexually Ambiguous.

Got a better caption for this photo? Beat ours and we’ll send you a free Testosterone T-shirt and a bottle of <a href=“Strength Training, Bodybuilding & Online Supplement Store - T NATION”>SURGE!

Note: Be sure your profile info is filled out correctly and completely or we can’t mail you the prize. Go to “My T-Forums” then “Edit Profile” to check your info.

Mrs.Robinson are you trying to seduce me?

After years of being skinny, Mick Jagger decided to bulk up, only to realize that his steroid cycle left him with some major gyno. Mick could only sit and ponder the words to that Rolling Stones classic, “I can’t get nooo, satisfaction…”

“No side effects?! NO SIDE EFFECTS?!?!?! Why don’t you come here and let me pistol whip you with my 6” clitoris? No side effects my ass.

And our next contestant in the Miss Mexico pagent, Miss Tijuana!

The San Francisco Zoo is thrilled upon finding a mate for its resident male Silverback Gorilla.

Fabio sure has fallen from grace. The once famous international model is now reduced to dressing in drag and auditioning for “chicks with dicks”.

“deeper voice… ok, increased hair growth… fine with me, but no where on that damn bottle did it say ANYTHING about growing a second nipple”

With the help of a little bit of Clomid, Lee Priest should be able to get rid of the bra and enter the Mr. Olympia.

Bev, waiting impatiently for her $25,000 dollar check from the “West Minster Kennel Club,” after being awarded: “Best in Show!”

Bev, waiting impatiently, for her $25,000 dollar check, after being awarded: “Best in Show!” by the “West Minster Kennel Club”

What would you “do” for a Klondike bar?

Feeling hopeless, lonely, or a need to wear pink bikinis as a result of taking too many steriods?

“You don’t have to feel this way anymore, it may be due to a chemical imbalance in the brain and a sign of depression or taking too many steriods… Talk to your doctor to see if Zoloft is right for you.”

“You don’t have to feel this way anymore OR wear pink bikinis and feeling sorry for yourself.”

After only 3 weeks on the Atlas program, nobody kicks sand in my face anymore. Thank you MR. Atlas

You think you’d look better with the falsies and wig, then you try em on.

Sort of a play on many womens perception that weight training will make them bulky:

“Susan returns to Yoga after one week of weight training.”