So my bar path on bench is usually direct backwards and up (probably about 65-70 degrees)…
When I get to maximal loading, I struggle to drive it backward and end up pushing straight up, and the lift is ugly (very slow, can feel stress across front delts).

My question is, what variants/supplement work would be a good call to prevent this. I feel if I could keep the horizontal component of my bench the lift will be much , much stronger. Naturally, I can’t keep practicing maximal lifts to nail the skill of it…

That’s the thing, most my work is in that range… it’s literally maximal work I can’t press it backward!

Maybe you don’t need to actively try to change your bar path, you just need to get stronger. If you touch low on your chest (I’m assuming you don’t have your upper arms out at 90 degrees) the you will naturally move in back towards your face. If you are already working with weights somewhat near your max on a regular basis then there is not really much else you can do to practice your technique. If you can’t bench 95% with a certain technique then that technique is obviously not the strongest for you.

How much do you bench?

It’s not my technique, it’s preventing the bar from trying to drift to my feet; I need to drive it to my face if that makes sense? When the bar is moving it’s no problem, but once it slows I lack the strength/skill.

Just to confirm, you are benching over 500lbs?

Well, if that is your sticking point then you could try dead benches with the bar set on pins slightly below where the bar loses speed. Of course you could do them at chest level too. The point is that this will completely remove the stretch reflex and make the lift move much slower so you can’t rely on momentum. The way that Josh Bryant advises to do them is for singles only. You want to start fairly light too. You could do something like 70%x1x8 the first week, then 75%x1x8 the next week, then 80%x1x6. Take a deload (or don’t), then start back at 80%x1x6, 85%x1x4, and then work up to a near max the last week. Josh says you should be able to do about 90% on these from chest level. I did this and it definitely improved my speed off the chest as well as tightness (if you’re not tight enough, the bar isn’t moving off the pins) but now I’m getting stuck higher up. If you are going to do this with the pins higher up then you might want to increase the percentages.

Other than simply working on your sticking point and/or speed off the chest, the only thing that comes to mind is an exercise that Sheiko posted on his facebook page a while ago. A guy sent him a video of a special exercise to improve bar path where he was using bands but they were anchored somewhere by his feet (legs of the bench maybe?) so he would have to struggle a bit to maintain the correct bar path.

ohhh I think thats what I’m looking for! Why didn’t I think of anchoring bands by my feet!

OK, at first I thought you meant lbs. and not kg. Just so you know, there is nobody on this forum benching more than you so useful advice will be hard to find. My bench PR is 370lbs. at 230.

Josh Bryant has a book called “Bench Press: The Science”, you can get it on Amazon. I highly recommend it. It doesn’t provide any programs, but rather lots of different special exercises and training strategies. Josh has several guys benching over 600 and has benched over 600 himself. At your level, your best bet would be to hire a coach but the next best option is to learn from people like him.

Let us know how it goes, it’s always good to see some big lifts.

Greg Nuckols has an article titled “Fix your bar path for a bigger bench”. His site is strongerbyscience. There might possibly be some useful advice in there for you.

Thank you. I’ll check the book out this evening. 370lbs is a good bench!
I’m slightly surprised that there aren’t much bigger lifters on the forum given that some lift in untested federations etc (I am a tested/df athlete).

Thanks again for taking the time out to answer, appreciated

500lb Bench Press - How Common are They? Powerlifting & Strength Sports

My dad met a guy who claims a 500lb bench press . I have seen him he is a big guy. How common are they?

You’re right around the current 105kg IPF world record. What federation do you compete in?

Just recently started lifting with the GBPF (now called British Powerlifting, the IPF affiliated). First comp with them was last november, where I did 800kg total.

Will have a read of that, thanks again

A backward pitched benchpress will always require less work to move the load. Any vertical movement that can be displaced horizontally means less work to be done against gravity; similar to riding a bike up a hill; it will always be easier if done in ‘zig-zags’.

Who are the elite benchers who recommend a straight bar path (raw) out of curiosity? 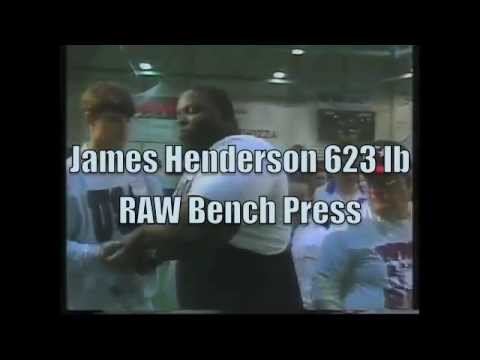 One is Matt Wenning (as far as I know) I also believe Laura phelps sweatt (I think I miss-spelled her name) teach it that way. I also know that Louie Simmons recommends it altough he trains mainly multi ply lifters but they had some very strong (raw)benchers. I remember he once said he learned that from East German shot putters, they benched towards their feet. What do you think about that ?

Sure, everyone’s bench technique is going to be different and some people are going to have more of a backwards arc than others, but when your arms are fully extended they have to be vertical so a straight bar path means that you will be touching the bar to your collar bone.

Louie Simmons is the only person I have heard say that your bar path should be straight. Perhaps his intention is to limit horizontal movement and touch high on the chest, but to say that the bar should really move in a straight line in totally wrong and impossible unless you want to tear your pecs and shoulders. Notice Louie also says to tuck your elbows.

That’s about as straight as it can get, but it’s still not totally straight as the bar touches lower than his shoulder.

Both of those worked with Louie Simmons.

Kaz had so much horizontal travel in his bench path, they still talk about it.