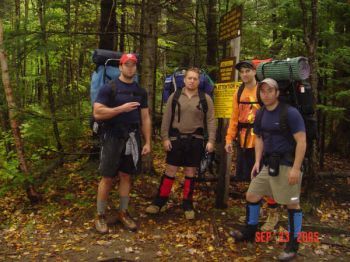 Any other T-Backpackers out there? These are some pictures from a trip to the High Peaks Wilderness Area in the Adirondack mountains. It was my first time up there. A beautiful area for sure! This first pick is at the trail head, still happy and fresh. 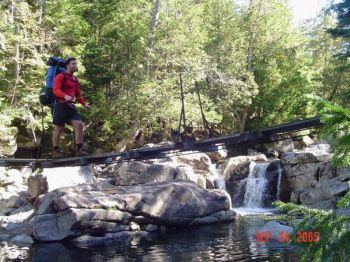 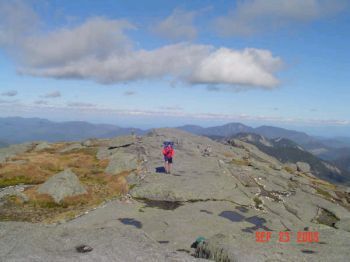 This is the approach to the summit of Mt. Marcy which is the highest in NY at an elevation of about 5350’. We ascended about 3400’ from our starting point. 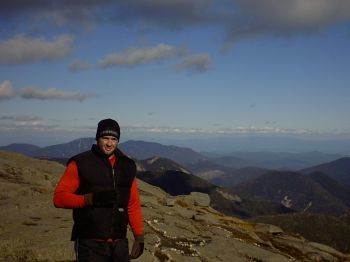 The summit! Nice view. Earlier in the day it had been obscured by clouds, but we got lucky and had a great 360 view. 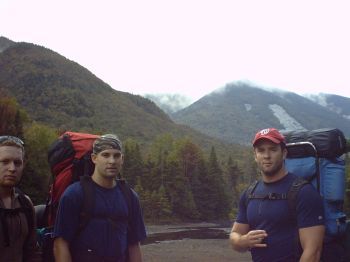 Marcy Dam. This was early on Friday, you can see the cloud cover is still pretty low. 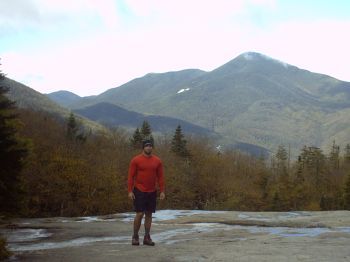 Taking a break for lunch 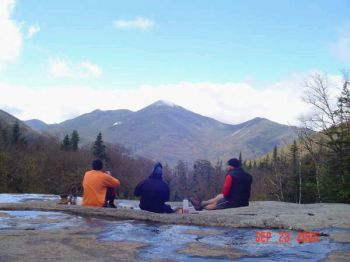 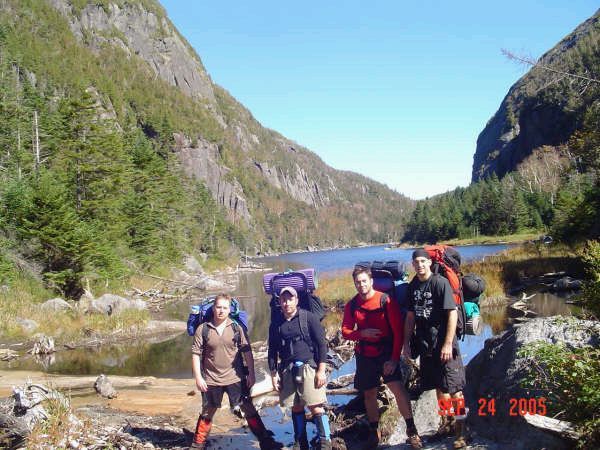 About to hike through Avalanche Pass. 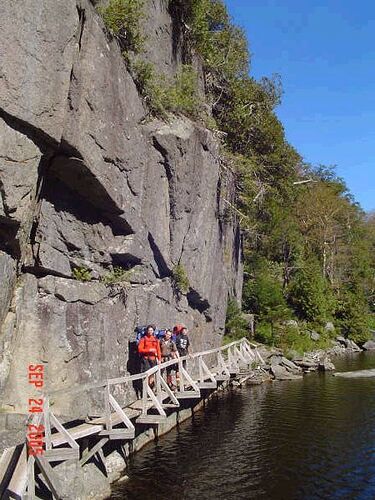 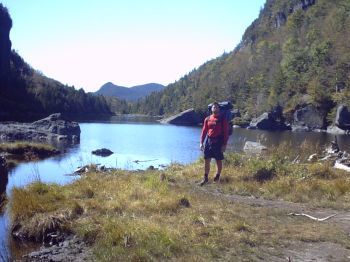 Avalanche Lake in the background.

Who’s the guy who keeps giving the “Stinky Pinky” sign in all the pics?

Nice pics. Haven’t done something like that since my time in the army.

Who’s the guy who keeps giving the “Stinky Pinky” sign in all the pics?[/quote]

I don’t know, but he is one handsome devil!

Awesome pics! That’s the kind of thing I love about living in Denver - all the hiking/backpacking is minutes from my door.

Oh, and the “stinky pinky”? Thought apayne called it the Shocker…

i climbed mt. whitney a few weeks ago. does that count?

the top, just before it started snowing

I was just checking out some info on Mt.Whitney. Tell us some more about your trip, looks really cool. Man, how was that altitude?

Dude the fucking Bastard Trumped you… Whitney is a bitch, last time I mounted her it was all windy and about half way up I was cussing her out.

Bastard when did you submit for your permits, how long did it take you?

[quote]apayneinthe@ss wrote:
I was just checking out some info on Mt.Whitney. Tell us some more about your trip, looks really cool. Man, how was that altitude?[/quote]

a guy from work goes every year and was bugging me to go. i said “sure” knowing that it is not the kind of thing i would do unless one asked me. we tentatively planned it earlier in the summer and gave it a green light when it fit our schedules. me, being the total dumb@ss that you all would expect, prepared for this ascent from 8300’ to 14496’ by doing absolutely nothing. as a matter of fact, apart from some EDT style lifting, i had done no “cardio” type training since the end of may. oh effing brilliant one i is. apparently, a lot of people do some training at altitude or hike a smaller mountain first. pansies i tell you. we got up to lone pine friday afternoon, got our passes, and went up to the portal to camp out overnight. after talking to the camp store manager and climbing expert for over an hour, we decided that we would take the “mountaineers route”. rather than take the 11+ mile long-@ssed journey, it goes straight up the mountain in ~ 3.5 miles. i managed to get about 5 hours of sleep, as we got up at 0400 to leave just after 0500, and i was on the phone until after 2200 the night before. girls suck. as mentioned, we (me, the guy from work, and a guy that became our 3rd amigo the night before), set out @ 0523. in the dark. up. sweat. drink. up. sweat. up. eat. up. drink. up. pee. up. drink. sit. up. sweat. up. etc. for 9 effing hours. the very last part got hairy. if one couldn’t do a pullup, this last part would be next to impossible. the angle is ~ 50+ degrees, and ice and snow shows up in the least opportune of places, even in september. but we made it and summitted just after 1400. at this point i felt exhausted but overall well. we hung out at the summit for about 15 minutes and then headed down. we went down the long way, as downclimbing the way we went up would surely have led to death. then, the elevation hit me. then it started snowing. and coming down is the hardest part. my feet were just throbbing, and i still had to walk 11 miles. thank God, (I now know he exists ;), that we stopped the day before to throw down $100 on walking poles, or i’d still be up on that mountain. my feet, left knee, and right hip felt pain on every step. one of the most tedious sections has 96 (i think, just know that it is about 90 too many) switch backs. boring pain. the worst. then we passed through both of the camps that most people stay at for a night on the way up. we got back down just after 2000. again in the dark. headed to the hotel, hobbled across the street, ate a big salad, 2/3 of an xl pizza, a powerade, some cookies, and a pitcher of sierra nevada. i did a quick calculation on how many steps i took that day (rough estimate → 14 miles x 5280’ x 1step/2ft = 37000 steps → no wonder my feet hurt so effing bad - i came to despise those shoes so much that i threw them away at the hotel that night.) needless to say, i slept like a baby.